Home Recipes We have tried hundreds of products at Alimentaria and these are the... 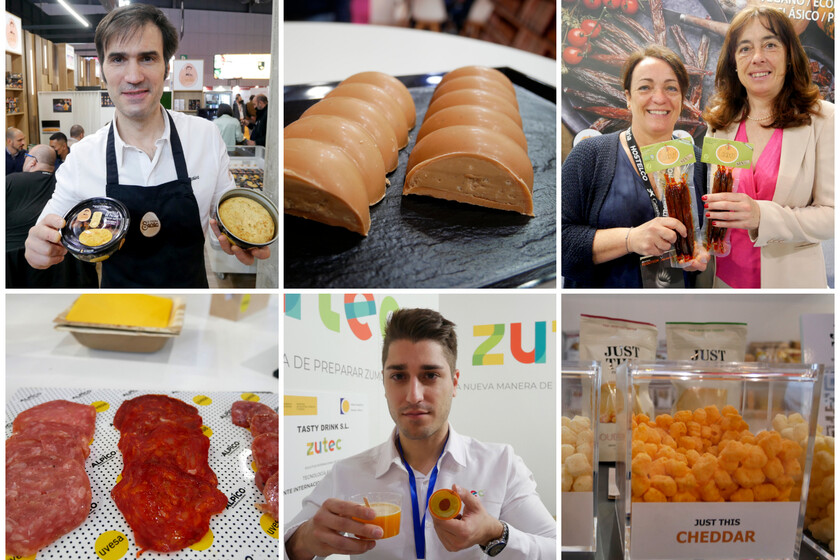 The Alimentaria fair, which is being held these days in Barcelona, ​​makes any other meeting around food look like a meeting between friends. With 85,000 m2 of surfacepractically the entire Gran Vía site of the Barcelona Fair, and nearly 3,000 exhibiting companies, it is impossible not to end up exhausted after strolling through its endless corridors.

Large and small companies from the food industry meet here to make their products known, in a variety that can become overwhelming, especially for your stomach: it is easy to eat a new pizza from Casa Tarradellas, a Phoskito and a cocido broth in five minutes. And judging by the amount of food that people carried in their hands, there are those who incur in this type of mixture.

At the fair they present their novelties giants of the food industry, but there is also room for many small businesses or startup who try to have visibility among the mastodontics stands of the multinationals.

Among all this amalgam, we find many innovative or curious products, many winners of the Innoval awards organized by the fair itself, who deserve to be followed. Are these:

This canned tortilla from La cocina de Senén has won the Innoval award in the Convenience Trend category, although it won’t go on sale until May. It is preserved without the need for refrigeration for 12 months and, when it is time to eat it, it is enough to remove the lid of the can and heat it in a microwave. As its creator explains to DAP, Senen Gonzalez, it has not been easy to can the omelette because the eggs do not withstand sterilization well (they turn green). To achieve an edible tortilla they have had to Substitute part of the egg for fiber. The resulting omelette is not something to write home about, but it is juicy and is quite an invention, for example, for mountaineers.

The vegan pumpkin chorizo, from the Galician entrepreneurs from Calabizo, is the first on the market that is not refrigerated and It is made like a traditional sausage: drying the product. The invention is based on a traditional recipe from Galicia, where pork sausages with pumpkin were made to take advantage of the less noble parts of the animal, only in this version the pig has been completely dispensed with. The result is a different chorizo, very tasty and without the ultra-artificial aspect of most fake meats. All a success.

Dolce Gusto coffee machines are the only ones on the market that allow drinks to be infused with cold water. This option is worth the startup Valencian Zutec to offer its juices in capsules, which are already selling successfully on Amazon. The capsules, available at the moment of orange, peach and pineappleThey carry 100% concentrated juice, which is simply mixed with the water in the coffee maker. They have a price of around 50 cents for the juice, which cannot compete with a freshly made juice, but would be within the high range among juices made from brick concentrate.

5. Cheese snacks (only with cheese)

In appearance, Just This cheese snacks are like many others that we can find on the market, the surprising thing is that they are made exclusively of cheese, if not any type of cereal. Its creators, from the Torres group, have achieved freeze dry cheese without altering its flavor in small crunchy balls that will delight fans of low-carbohydrate diets. As an occasional appetizer they fulfill the file.

The Jellys, which is the name of the invention, are jelly cocktails. Available in classic cocktail flavors, such as Margarita or Mojito, they are eaten like a jelly bean, but the inside is liquid. And yes, they have alcohol, around 19º. They cost 2.15 euros per unit and are specially designed for weddings and special events.

Alba Sanchez Vicar -yes, niece of our famous tennis player- she discovered cauliflower pizzas during a stay in the United States and, when she returned to Spain, she discovered that this invention did not exist in Spain at an industrial level. she was born like this coliflow some frozen pizzas made with 120 g of cauliflower per unit, which makes it possible to reduce the wheat used by 50%, which obviously reduces their level of carbohydrates (which is what is popular among young athletes). They are available as bases and also ready to eat with vegetables.

The Catalan brand Torrons Vicens is known for having nougat in its catalog of all kinds of flavors, which they usually launch in collaboration with well-known pastry chefs and chefs such as Albert Adrià, José Andrés or Ángel Velasco. In this Alimentaria, however, they have allied themselves with the Mexican multinational baby, with the permission of which they have elaborated a Donut nougat. The result is curious to say the least: the interior tastes more like nougat, but the coverage takes you straight to the legendary industrial bun.

Tuna has been the latest animal protein to hit the market in a vegan version. Our colleague Liliana Fuchs has already tried Vuna, the bet of Garden Gourmet -Nestlé’s vegan line-, and in this Alimentaria, which was full of all kinds of alternatives to meat plant Based, We have been able to taste the tuna from the Brazilian company Future Farm. Served in a kind of tartar, the truth is that the taste was nailed to real canned tuna, with a very successful flavor and texture. my tens to the technologists.

8. A half meat, half vegetable burger

It is no secret that large meat companies are looking to enter the growing market for alternatives plant-basedwithout harming the still lucrative pork business. The hole has gone off on a tangent and has presented its new Flexiterráneo range at Alimentaria: hamburgers made half meat, half vegetables. There are roasted vegetables and carrots, as well as minced chicken, turkey and vegetables from the garden. Tasted if more seasonings are noted the vegetable, which improves the flavor of this type of burger meat. It remains to be seen whether the Murcian giant’s bet appeals to the growing population concerned about eating less meat.

Spain is the world’s largest producer of carob, a legume that is used mainly for animal feed. The key to feeding the hungry post-war Spain has not been until a few years ago that possible applications of a food with many interesting properties. The company Frutos Secos Ibiza manufactures the first carob syrup in Spain, a popular product in other countries. The syrup, reminiscent of Malaga cane honey, is a very interesting natural sweetener in terms of gastronomy due to its liquorice notes.

Alpico is the division of sausages of the Uvesa Group, one of the main companies chicken producers from Spain. Logically, all their products are made with chicken. They make sausage and fuet, but the chorizo, which they have presented at Alimentaria, seemed to us the most successful. 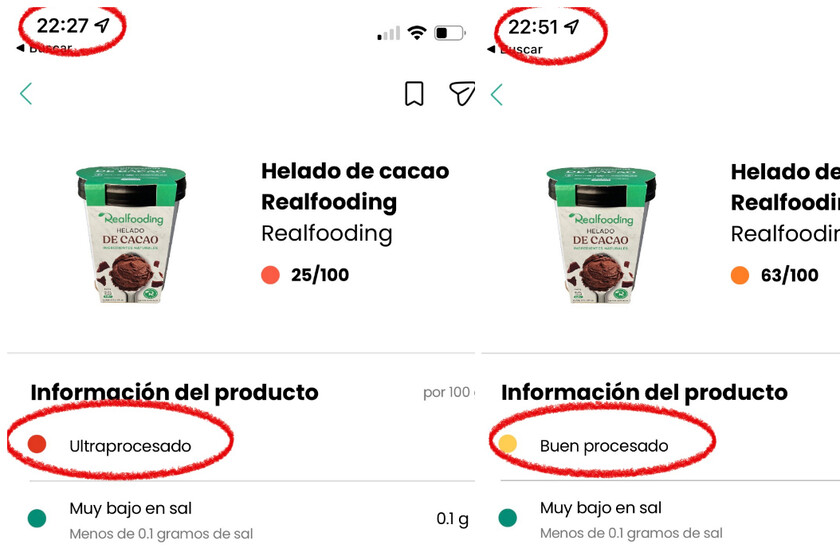 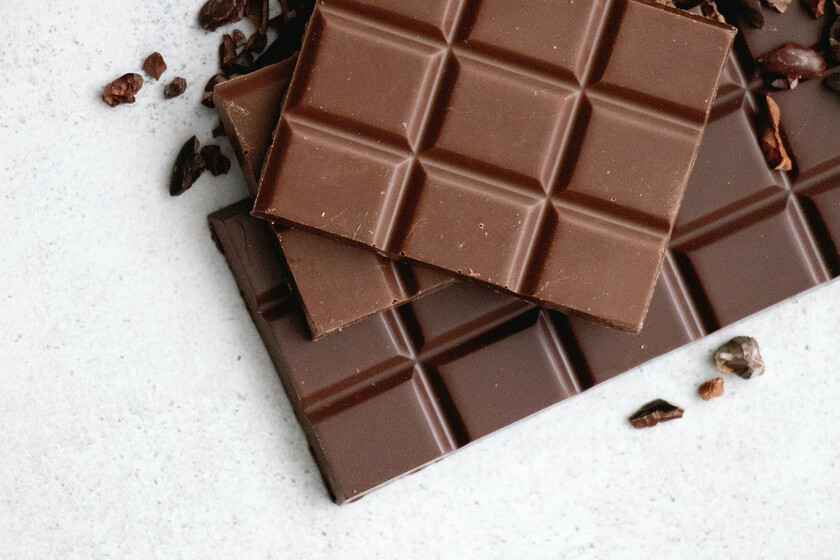 The OCU echoes a food alert for the presence of peanuts... 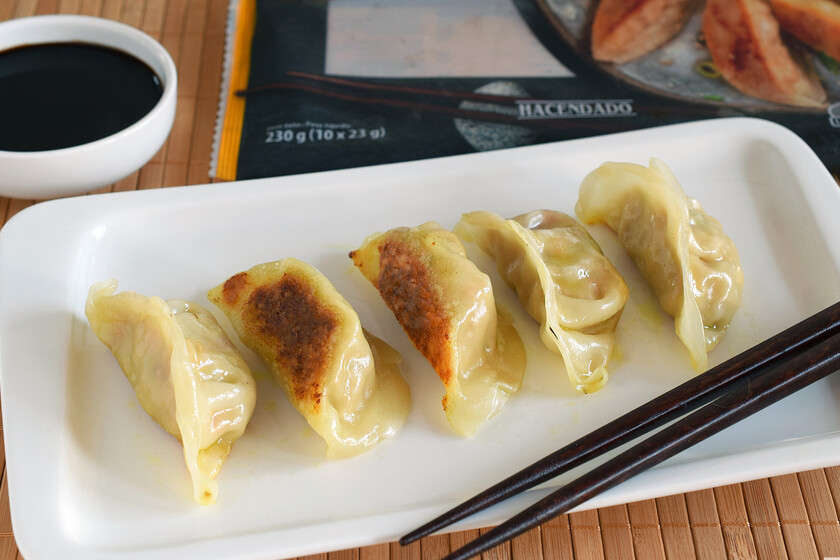 they fix your dinner in less than ten minutes 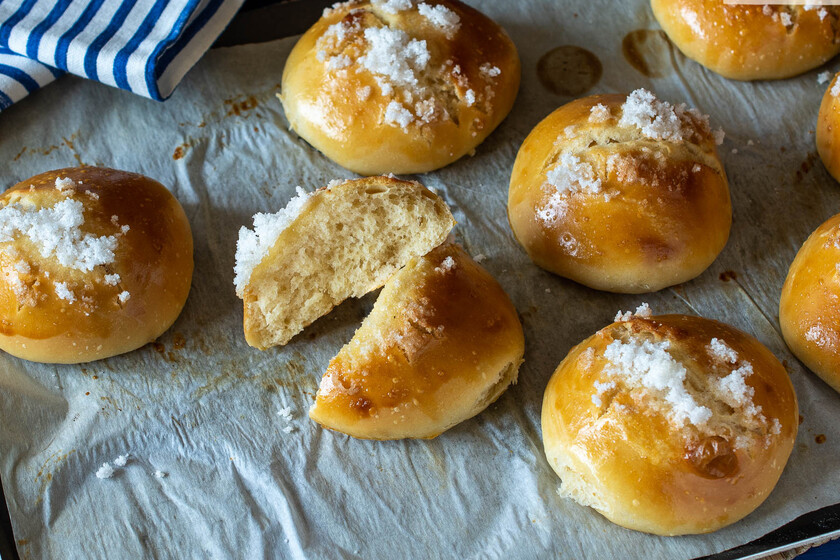 Swiss Bun: Recipe for a Basic Pastry Classic (Worth Reclaiming) 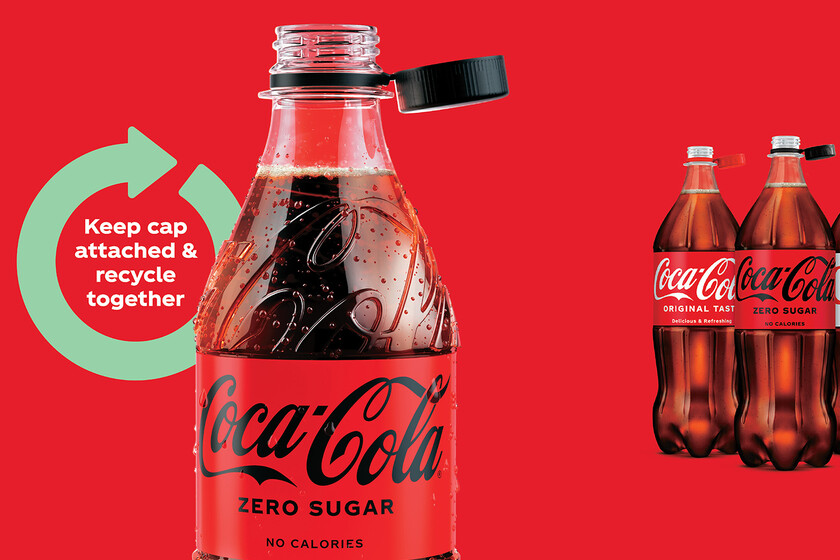 Coca-Cola launches the first bottles with bonded caps in Europe 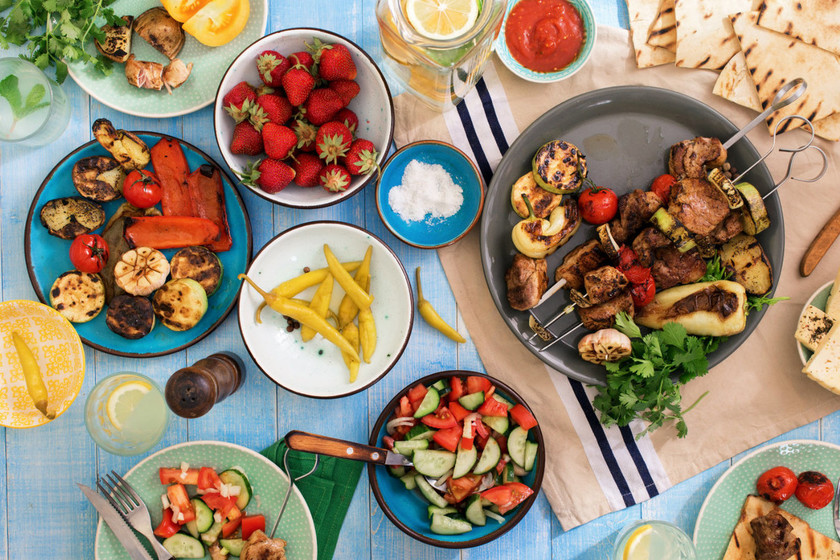 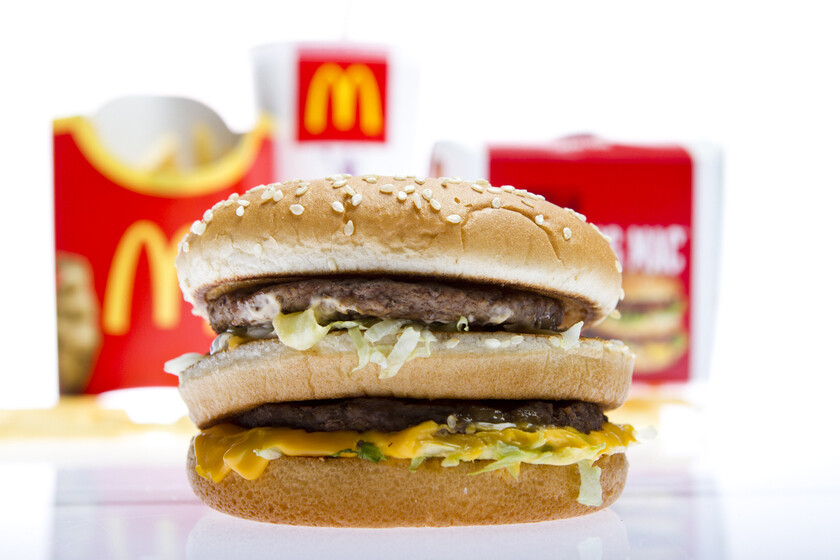 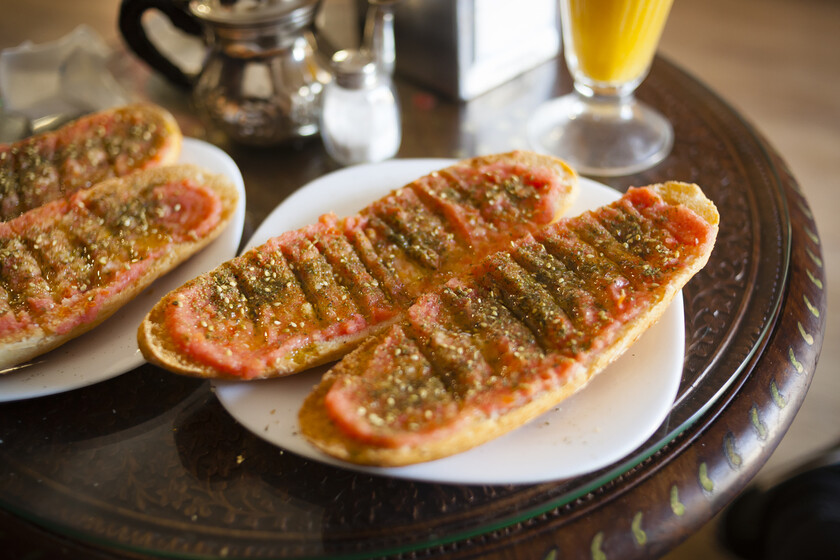 Put the oil first or put the tomato on the bread... 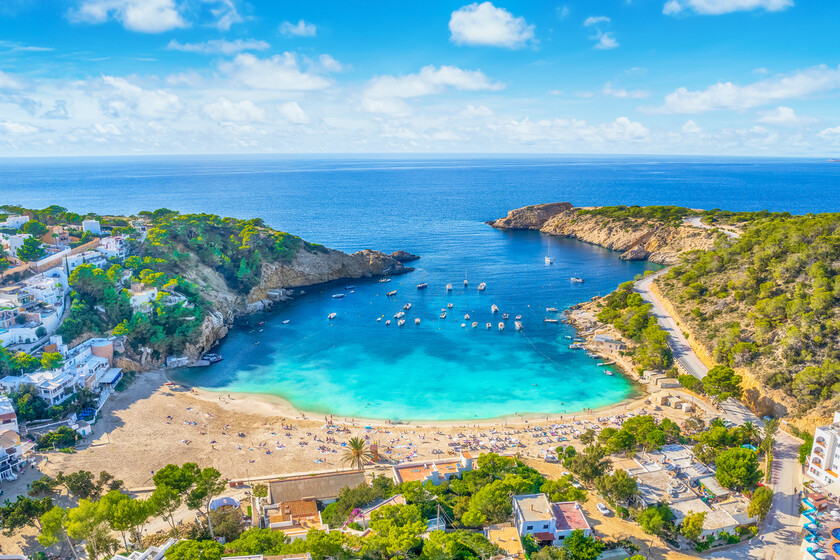 what to see and what to eat in an Ibiza that...