the fault is (surprise) of the heat and the drought 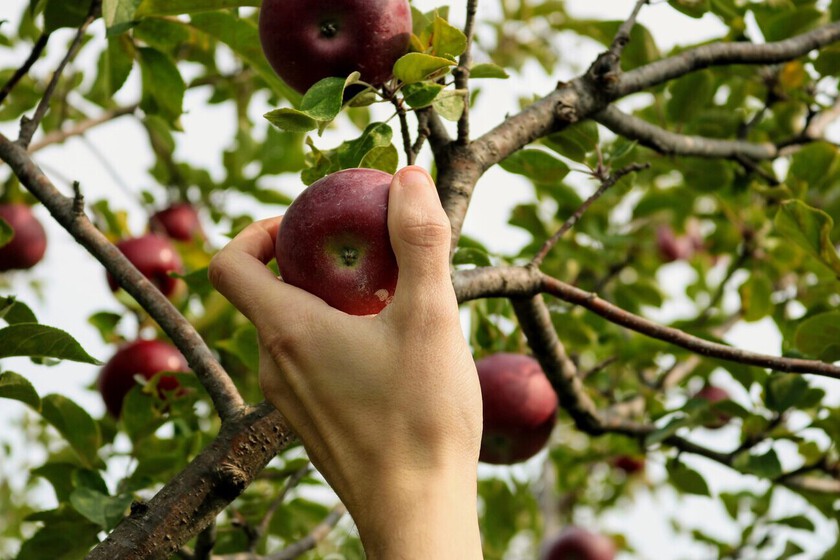 Unfortunately, lately, rare is the day in which the topic of drought and heat waves. And generally what we talk about is the fatal consequences that these phenomena are having on our diet. Just yesterday we talked about the drama that is taking place in the Spanish olive sector, something that has also happened recently in the neighboring country, although in this case it has affected the production of one of its oldest cheeses.

Well, today it’s time to talk about size of apples, pears and oranges that will be marketed this campaign. And the reason is that it will be smaller due to the “unprecedented heat” that has hit our country this summer. The “good” news is that they will have the “same quality”, as reported this Friday by the Spanish Federation of Associations of Producers and Exporters of Fruit and Vegetables (FEPEX).

And precisely for this reason the employers have requested, through a statement, to the distribution “adjust their demands to the reality of the campaign.” At the same time that have asked the consumer for understanding and that he “understands” that fruit is a 100% natural product that depends on weather conditions. Some conditions that lately, everything must be said, are not playing in favor of the food sector.

“The extreme heat that the producing areas of pome fruit from all over Europe has caused a decrease in the sizes of the fruit,” the FEPEX spokesman detailed.

The reason has to do with the stress situations, whether hydric or due to extreme temperatures, to which these trees have been subjected these months ago. It seems that in these cases the tree reacts by slowing down its growth and what prevails is its survival ahead of the growth of the fruit. And this is what has done, according to FEBEX, that the extreme heat of this summer “has caused the trees to bear smaller fruit throughout Europe.”

As a note, note that the State Meteorological Agency (AEMET) maintains that the month of June has been very hot and that of July, for its part, extremely warmwith average temperatures in mainland Spain of 21.8 °C in June and 25.6 °C in July.

Obviously, the decrease in the size of these fruits will have its economic consequences (it is expected that there will be a downward update of the kilos of pip fruit planned for this campaign), but it seems that, contrary to what one might think, it will not affect their taste.

In this regard, the president of the FEPEX Pear and Apple Committee, Joan Serentill, has pointed out that “the pears and apples that we will put on the market this campaign meet the same quality requirements but they are slightly smaller so chain buyers should check the sizes they ask us for by default”.

According to Serentill, “the size of the fruit is a matter of tradition“And he adds that while “in Spain, in general, the consumer has always preferred larger-sized fruit”, in the rest of Europe fairer sizes are sold more.”

In DAP | Ripe fruit is sweeter, but is it more fattening?

In DAP | Size Matters? What should we look for when choosing a tomato