Why are the mirrors of the James Webb gold? 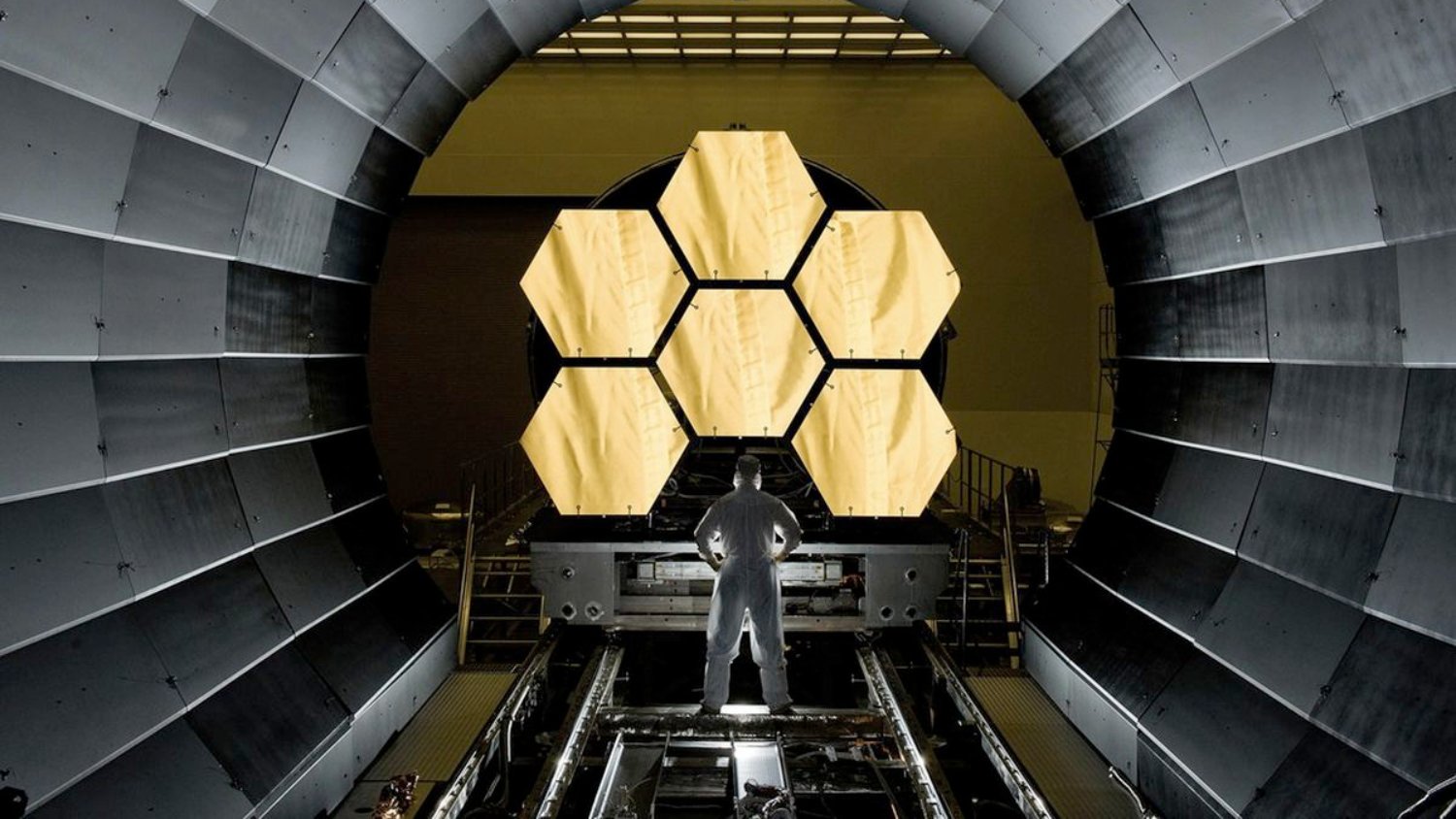 James Webb’s large primary mirror is usually the biggest star in photos taken of the space telescope. After all, its 6.5 meters in diameter make it almost unmissable, and much more when adding the impressive golden color that automatically catches our eye. But, Did you know that to create this mirror, NASA used one of the most valued materials on earth? That’s right, it’s about gold, and it hasn’t been on a mere whim.

Although the images of the James Webb are a real spectacle, the engineering behind this machinery is no less amazing. In fact, it is thanks to this incredible technology that Webb is able to capture more detailed images than its smaller brother, Hubble.

But exactly how much gold covers the 18 mirrors that make up the James Webb’s primary mirror? According to site data Webb Telescopefor the coating of these tools, NASA used about 48 grams of the precious metal. “The equivalent of the mass of a golf ball, which would fill a volume the size of a marble,” says the aforementioned source.

Index hide
1 The science behind James Webb’s primary mirror
2 The reflectivity of materials: why NASA chose gold
3 How much gold has been used in the James Webb?

No, NASA has not used gold to show the world the millions of dollars it cost to build the James Webb Space Telescope. The 18 hexagonal mirrors of the artifact have a quite colorful gold coating, but clearly it has not been for aesthetics that the space agency has decided to go for this metal.

In fact, it has been such a popular question that NASA has come out to answer it. Paul Geithner, deputy project manager for the James Webb Space Telescope, mentioned that There are two reasons why the agency decided to go with this material when making the telescope..

Read:  demand not to abuse the appointment of candidates

It is for both reasons that James Webb mirrors have been designed with a specific task in mind: reflect as much infrared light as possible. And this is where gold comes into play.

The reflectivity of materials: why NASA chose gold

in a series of videos published by NASA during the construction of the James Webb, delves into a very important part of the process: the criteria behind the choice of gold. So we know that the agency was studying several other metals when designing the primary mirror of the telescope.

Also, it is at this point where they comment on the reflectivity of some materials and its effectiveness in reflecting infrared light.

According to the narrator’s words in the video, “there are a number of reflective materials that excel at reflecting infrared light.” The first of these is aluminium, capable of reflecting up to 85% of the light at that frequency. This is followed by silver, capable of raising your bet up to 95%. Gold takes the crown, with 99% ability to reflect infrared light emitted by celestial objects.

Although silver is still an excellent candidate, there is a problem: it tarnishes too easily. Gold, meanwhile, not only offers a better reflectivity index. It is also one of the least reactive metals with other chemicals.and it is so durable that it can stay in space without rusting or degrading its properties.

How much gold has been used in the James Webb?

The best of all is that the amount of material itself has been quite minimal. Although the process of plating the hexagons is complicated and probably expensive, the amount of gold used is truly surprising, given the size of the James Webb’s primary mirror.

The gold coating on the mirrors of the James Webb it is 100 nanometers thick. If you need context to get the picture, consider that an average mirror is 3,000,000 nm (3 mm) thick.

How did they manage to apply such a thin layer of gold? The process is known under the name of vacuum vapor deposition.. As its name suggests, what is then done is to vaporize a small amount of gold in a vacuum chamber. The material then condenses on the surface, creating a film on the mirror. This process takes at least an hour, and is done separately in each of the hexes. In fact, there is a video that proves it.