This is the Lidl nougat with Vicky Sevilla, the youngest chef with a Michelin star in Spain 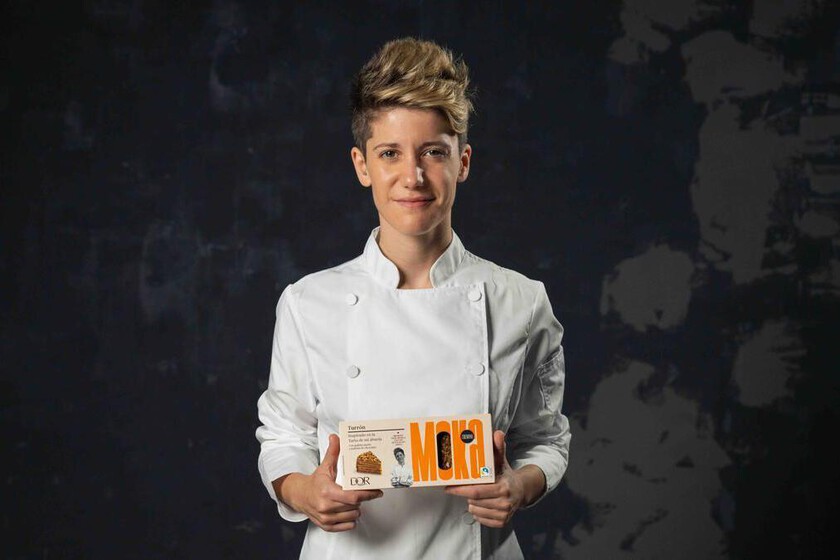 Christmas tastes like memories and also nougat, so if we mix both components we could get the sweet temptation that Lidl offers under the DOR brand and that has the stamp of chef Vicky Sevillathe youngest woman to get a Michelin star in our country.

Based in the Arrels restaurant (Sagunto, Valencia), the chef from Quart de les Valls reinterprets the flavors of her childhood with a rather original nougat that can compete with the new creations of Dabiz Muñoz’s roscones, although with a rather more earthly price.

In this case, Seville is based on a traditional recipe such as biscuit cake whose memories refer to her grandmother and who, according to the German chain, also has the Fairtrade seal that guarantees that the chocolate used is fair trade.

Along with chocolate, the base of this mocha nougat is built with a butter and coffee base to which are added Maria-type biscuits and a crunchy milk chocolate cover, which is then also top with an oatmeal topping, chocolate chips and more coffeein the latter case lyophilized.

Available from November 28 in all Lidl stores, Vicky Sevilla’s DOR nougat costs 2.69 euros and is Lidl’s second foray into the world of Christmas desserts in 2022. after Carlos Maldonado’s panettone in 2021, the Michelin star of the Raíces restaurant (Talavera de la Reina, Toledo) and winner of the second edition of Masterchef.

A sweet bet that Lidl has strengthened for Christmas with the majority of references that it distributes under its own brands Deluxe, DOR (sandwiches and nougats) and favorite (chocolates), and references stand out such as the aged cheeses from Pedro X Quesería or the black olive cheese, internationally awarded, the Galician scallops au gratin, the Iberian sirloin, cecina del Bierzo or the curious Iberian ham omelette with boletus.

Read:  The CUPRA León with a 190 hp engine goes on sale in Spain

In DAP | The 15 best private label products from Lidl, according to the Directo al Paladar team
In DAP | These are the 159 new Lidl products for Christmas (and some have a Michelin star)