The Mexican brand that ‘did everything backwards’ and succeeded 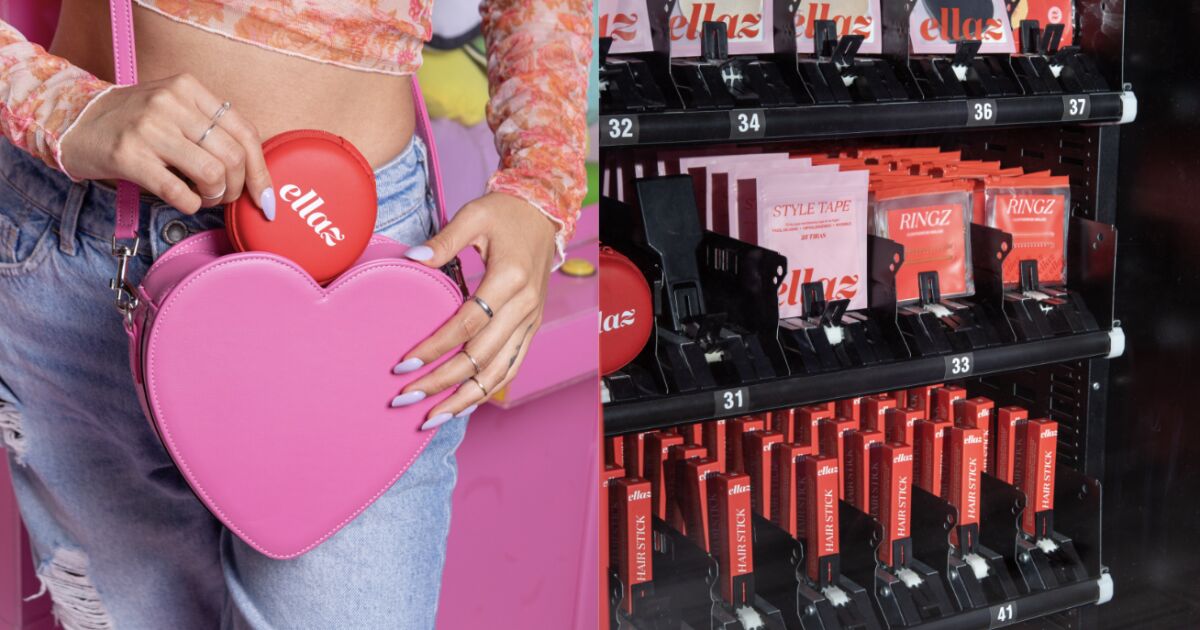 Although many brands with physical points of sale found it necessary to ride the digital wave so as not to die with the pandemic, Ellaz started the other way around. The products of the portfolio were launched based on requests from the digital community, which in less than a year and a half exceeded 400,000 registrations.

According to Belén Espinosa, CEO of Ellaz, the strategy to grow the community relies on word of mouth recommendations, but from real women who are part of the community itself. do not resort to influencers to promote itself and this was precisely what catapulted the accelerated growth of the brand.

“Inviting real women from society gives more credibility. When you have a community, the percentage of repurchase is higher than when you are only communicating as a brand”, she mentions. “We want to have a business that is sustained over time and in the end, communities and purposes are what make that happen.”

The bet on vending machines

In December 2021, Ellaz opened its first vending machine in Monterey. The idea of ​​having a Self-service store It arose at the request of the digital community and was given thanks to a pre-seed round of $500,000, by the Or-Bengalim investment fund.

Vending machines are an essential purchase item in developed countries like Japan, where it is estimated that there are 4.15 million machines of this type, that is, there is one for every 30 inhabitants.

In other parts of the world, well-known brands such as Lego, Kylies Cosmetics, Nike, Kellogg’s and Channel have also opted for a smartmachine as a key in your marketing strategy and shopping experience. And in Mexico it is not the exception, both in stores and in offices it is possible to find a vending machine for coffee, snacks and non-alcoholic beverages.

However, Ellaz wanted to go beyond just presenting the products on a machine. “Every time the consumer buys a product in the e-commerce You receive it in a special box, with a particular phrase. We wanted him to live a similar experience in the vending machine (vending machine)”, says the CEO.

With this idea in mind, the brand injected the digital seal into the machine so that users could find “how to” videos to learn how to use the products in the portfolio, the option of photo opp to take one selfie and share it on social networks, an interactive screen, a point of sale terminal and a promoter, in charge of accompanying consumers in the experience.

Today, the brand has five vending machines enabled: Galerías Monterrey and Fashion Drive in Monterrey, Plaza Antara in CDMX, Plaza Satélite in the State of Mexico and Interlomas.

The projection is to open 18 more in different shopping centers in the country. To do this, the brand hopes to raise a seed round of 6 to 10 million dollars, between equity and debt. Currently, the machines contribute 5% of the income. By category, Huggerz (girdles) represents 35% of sales, Boobz (nipple cups) 30%, Nails (nails) 15%, and Hair (hair products) and Hacks (other) 10% each.

On the other hand, Ellaz estimates to close 2022 with 3 million dollars in sales. For the next year, she foresees that 40% of the income will come from vending machines and the plan is to expand to Colombia and North America.

Espinosa relies on the loyalty of the digital community to be able to take off in these markets. Every month they launch a new product, in order to maintain the interest of the users. The manufacturing and production is not done by the brand, but they do intervene in the design. Its suppliers come from Asia and Mexico.

The Deep Digital Journey study, commissioned by LLYC and carried out by the ROI Marketing Institute, reveals that only 24% of companies measure positioning indicators that would allow them to know if their communication is perceived as credible. Doing so allowed Ellaz to know that her credibility lies with the community and not with the influencers.

Research emphasizes that media and other influencing factors such as price, reputation, and availability of options make up the entire customer decision-making pie. They are the aspects that determine whether a consumer buys or not and how much each of these aspects or factors influences their decision to buy.

The majority of those surveyed acknowledge that the most used means of communication and information sources to decide about their purchases are social networks, search engine searches and recommendations from acquaintances.

In Latin America, what is most often purchased online is clothing and accessories, restaurant food, entertainment, household appliances, travel and tourism, banking services, software and perfumery.

But there will always be consumers who prefer personal interaction and visiting physical points of sale. That is why the study advises not to neglect traditional channels, such as vending machines.

“The processes of innovation in the offers and experiences, in the technologies and in the management models represent the pillars on which to build and strengthen the digitization of the trade of products and services to maintain and increase the benefits, efficiencies and impact in all levels inside and outside the organization,” reads the report.