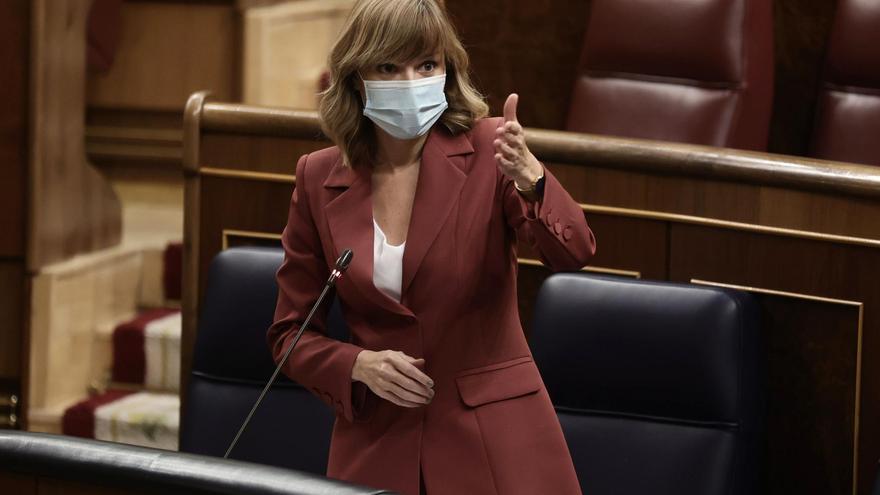 The controversy raised by Alberto Garzón’s words about Spanish macro-farms and “poorer quality” meat is still latent within the coalition government. The socialist wing of the Executive launched en bloc this Friday to show its support for the ranchers. Even Pedro Sánchez himself stressed that the PSOE “meets“With this sector. Of course, he avoided mentioning the Minister of Consumption. The rest of the Socialist ministers did the same, avoiding questions about whether the federal coordinator of the IU should resign. The PSOE barons showed less objection, who, from all latitudes of the country, they criticized Garzón. The purple ones, for their part, insisted that their partner “He spoke as a Government and not in a personal capacity“.

The Executive’s support for the livestock sector is “overwhelming“, claimed, the Minister of Education and Vocational Training, Pilar Alegría, trying to unmark the Government of the words of the person in charge of Consumption. As the spokesman minister did, Isabel rodriguezLast Wednesday, Alegría avoided ruling on whether he should leave the Council of Ministers, as demanded by the opposition and a part of the PSOE. “I believe that I have been very clear that the Government’s support for the primary sector is absolutely fundamental“was his only answer in an interview on Telecinco.

Index hide
1 Attacks to the “jugular”
2 They demand rectification

Attacks to the “jugular”

Minutes later, his own Sanchez defended before the federal committee of the PSOE that his formation “complies” with the livestock sector. The Prime Minister spoke thus for the first time on the controversy, although he did not mention Garzón at any time. However, during his speech he listed the different commitments that the PSOE has been fulfilling and he dropped that, among them, is the livestock and agricultural sector.

At that meeting of the national leadership of the Socialists, Garzón was not mentioned, but several of the autonomous barons who attended did dedicate a few words to the head of Consumption at the beginning of the event. One of the most critical, the president of Aragon, Javier Lambán, accused Garzón of launching an “attack on the jugular” of the livestock sector. The Aragonese leader will launch a advertising campaign in international media to try to reverse the hypothetical effect caused by the statements of the IU leader. The first means of communication will be ‘The Guardian’.

Read:  They murdered eight people, including two women, during a violent day in Zacatecas

Much tougher was the president of Castilla-La Mancha, Emiliano García-Page. “When the devil has nothing to do he kills flies with his tail“, he sentenced, laughing, before requesting a rectification from the head of Consumption. His Asturian counterpart, Adrián Barbón, assured that the statements were “when least inopportune“.” We are presidents who defend our livestock. He already said it (the PSOE candidate in Castilla y León, Luis) Tudanca: if I have to choose between my political affinity and my community, I always choose my community. And it’s true, “he stressed.

If the members of the PSOE in the Government chose to ignore the questions about Garzón’s future, the purple ministers seem to prefer not to mention the issue. Only the second vice president, Yolanda Díaz, offered a tepid, but unmistakable, support for Garzón, while Ione Belarra, Irene Montero Y Joan Subirats They have not wanted to add more fuel to the fire.

However, different positions of United We Can did defend this Friday when coordinating federal IU. the president of the United We Can parliamentary group in Congress, Jaume asens, assured that the Minister of Consumption “speaks as a government and not in a personal capacity“. Garzón himself already claimed last Wednesday that the interview with ‘The Guardian’ was granted as Minister of Consumption, denying the message launched by the spokesman minister, Isabel Rodríguez, who assured that he was speaking in a” personal capacity. “Asens, moreover, , described as “grave disloyalty” the requests for resignation by the socialist barons.