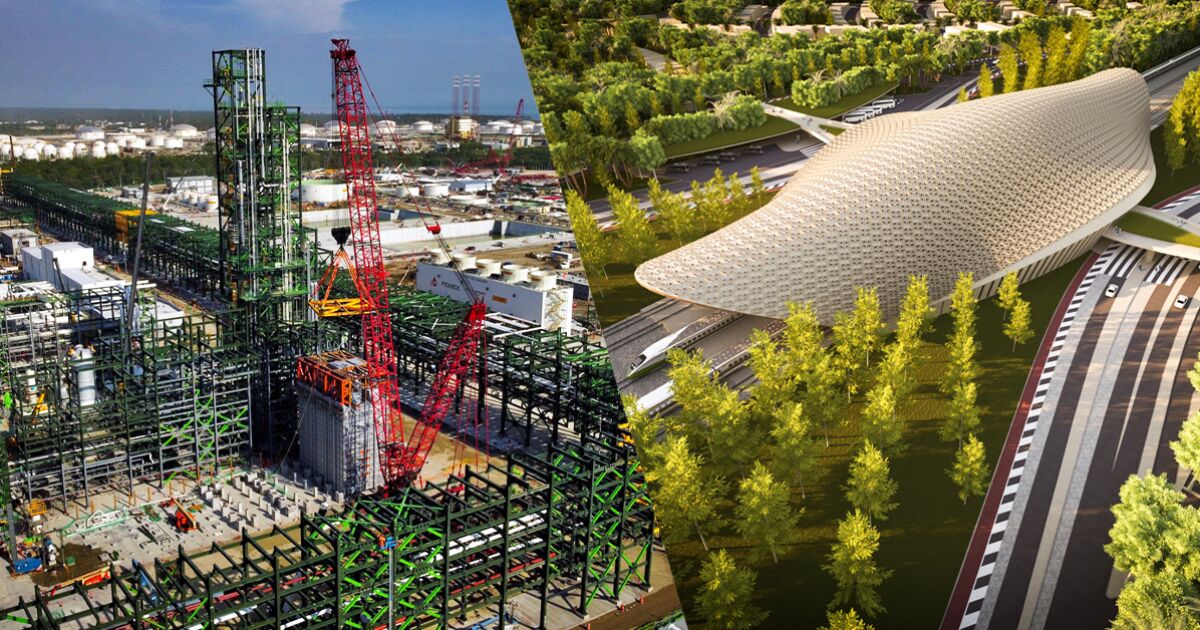 But let’s start at the beginning, to participate in the process of insuring a work of this magnitude or a historical monument or any infrastructure work, it is required that a group of insurance and reinsurance companies meet and evaluate the project from the beginning until the end, as well as its subsequent performance.

Likewise, the government must look for the best offer that guarantees peace of mind and can concentrate on construction and proper operation.

To carry out the insurance of any government work, whether they are the flagship works, roads, the construction of a hospital, a branch of an agency or just guarantee the proper functioning of an agency – in addition to insuring the possible contingencies that may cause a loss or problem to insurance (its negative effects)-, the insurance and reinsurance companies share the risk among themselves and in this way no one or nothing is exposed in a unique way to the dangers that these infrastructure works may generate that the federal government plans to do. That is, all insurance companies share the risk in different proportions to be able to assume the cost of this insurance.

If reinsurance did not exist, this activity would be much more expensive and difficult to assume by a single company. And it is that, if we talk about costs, the truth is that insuring a work of such magnitude as Dos Bocas, the Mayan Train or even the AIFA, is not something simple. For example, insuring some historical monuments, archaeological remains or popular traditions is not the task of a single company, especially in those monuments or places considered Cultural Heritage of Humanity.

Hence the importance of reinsurance, which could be in words more, words less: the insurance of insurance, since this contract allows to distribute the risks and limit the responsibilities in the event of an accident.

An example that can help us understand this issue a little more is Hurricane Vilma. Perhaps some people, especially young people, do not have a history of what this event represented for the insurance industry, but in 2005 this meteorological phenomenon was considered “the most intense hurricane in the last 50 years”, it was classified as category 5 and its winds reached a maximum intensity of 342 kilometers per hour (km/h).