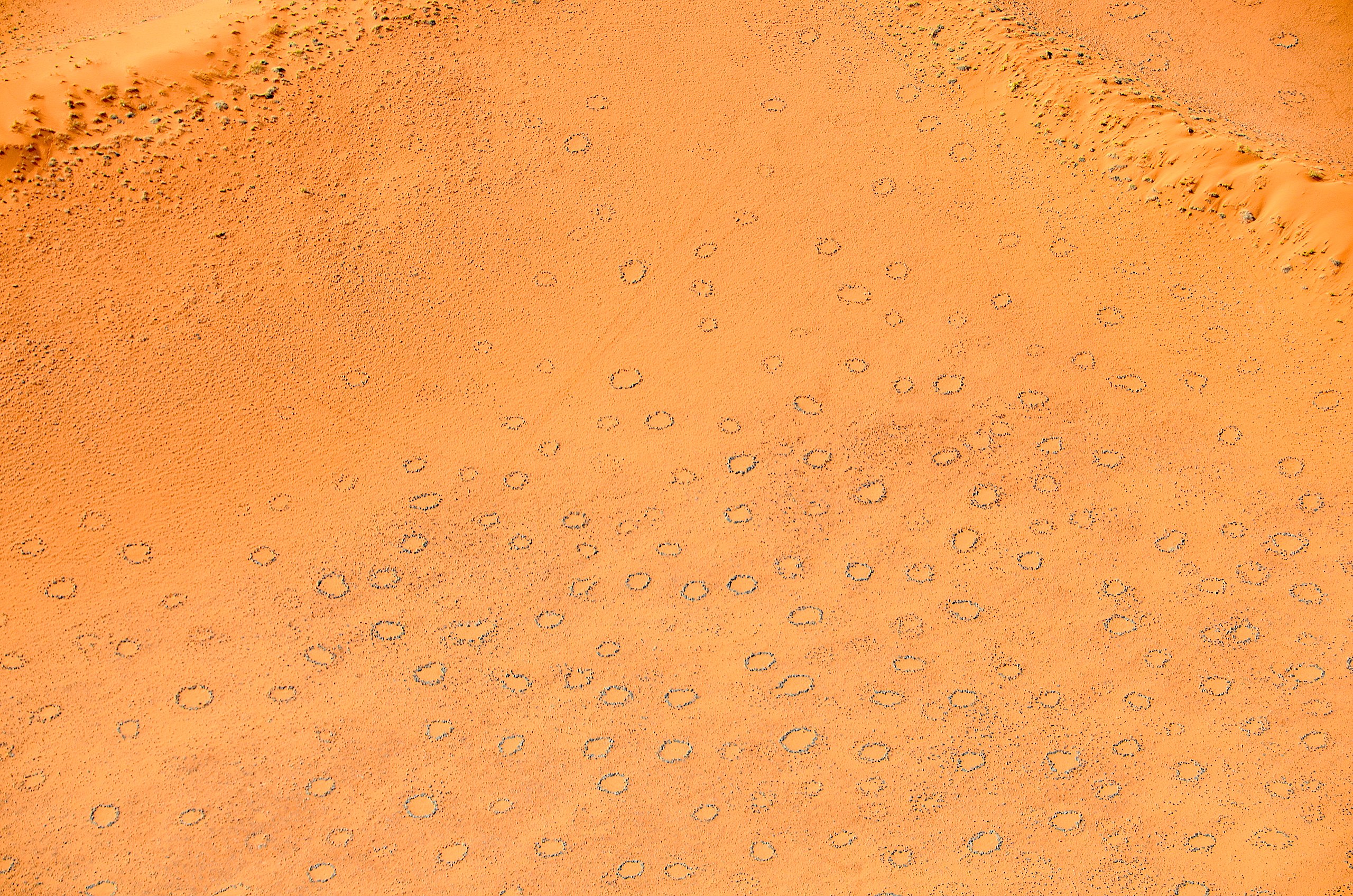 The namibia fairy circles They are one of those structures that seem to be the result of magic, but actually come from natural processes. But that doesn’t make them any less fascinating. Especially since, for years, its origin has not been clear at all.

There are some in much more humid areas, formed by fungi that position themselves in circles on the grass. But, logically, in the namibian desert humidity is not exactly abundant. For this reason, the two most accepted hypotheses for years have been the presence of termites that were eating the roots of the plants, leaving small circles without vegetation, or the soil self-organization to optimize the water distribution.

It was not clear which was the most plausible option until very similar fairy circles were discovered. in Australia. The presence of termites did not seem to be detected in this area. Therefore, the option of self-organization gained strength. However, until now it had not been practically fully demonstrated. And that is precisely what an international team of scientists has done In a study published in Perspectives in Plant Ecology, Evolution and Systematics.

Index hide
1 What are fairy circles?
2 When water is a treasure, nature uses it with great care
3 Alan Turing was right

What are fairy circles?

Despite their name, fairy circles are patches with a rather hexagonal shape, in which the vegetation does not grow inside, but it does grow strongly on its edges. They are distributed on the ground periodically. That is to say, it is not a question of a few scattered holes in the sand, but of a series of circles very similar to each other, distributed more or less at the same distance from each other.

They have known each other since the beginning of the 20th century., but its origin took much longer to start discussing. And now there seems to be a clearer answer.

When water is a treasure, nature uses it with great care

The authors of this just published study observed that something very curious was happening in the fairy circles of Namibia. And it is that, when it rains, yes some grass grows inside the bald spots. However, it disappears almost immediately afterwards. It is as if these water resources were donated to the rest of the vegetation.

But, to know for sure, these scientists tracked the sporadic rains in 10 regions with fairy circles. These data were taken between the dry season of 2020 and the rainy season of 2022.

Thus, they confirmed that indeed 10 days after the rain, the growth of vegetation within the fairy circles was very scarce. Also, 20 days later, it had already stopped completely. Instead, the grass around it was especially green and soft.

On the other hand, they were struck by estate of said herb. Interestingly, the inside of the fairy circles were even longer than the outside. This suggested that the plants were spending a lot of energy finding water. Furthermore, there was no sign of the termite attack in these roots.

It had to be more of a factor related to soil moistureso they went on to check the results of the hygrometers. And there was another key. When the grass was not yet well established, neither inside nor outside the fairy circles, the humidity slowly decreased equally. However, when the grass outside was already much more robust, the moisture disappeared almost immediately after the rains. This indicates that the soil itself optimized the little water that arrived, saving it on the vegetation inside the hexes and directing it very effectively towards the grass outside. Large roots were not needed, because the soil benefits those plants over those indoors.

The mathematician Alan Turing is known above all because he and his team succeeded in deciphering the enigma machine code, with which the Nazis encrypted their messages during World War II. In this way, the conflict was significantly reduced and many lives were saved.

But it was not his only contribution to science. Turing also sought an explanation for the patterns in nature. He talked about factors like zebra stripes, leopard spots or shark scales. However, today we know that fairy circles could also be explained by what he called the reaction-diffusion system.

This established that, for an organism to form, two conditions must be met: diffusion of molecules through space and the chemical reactions generated between them. Thus, there comes a time when the symmetry is broken, so that homogeneous patterns are not formed, but periodic patterns, such as the stripes of zebras or the plumage of birds.

Now, in the case of the fairy circles, we are not talking about a living being, but about the relationship of many of them (plants) with the soil. And it is that Turing also established that, for this to happen, the interaction of two diffusible substances, which this time are water and biomass. Both diffuse until they find an optimal behavior that originates a periodic pattern.

Therefore, neither fungi nor termites. And much less fairies. It seems clear that these famous circles are the result of the soil itself optimizing the few resources that reach it.