its origin, properties and craft process 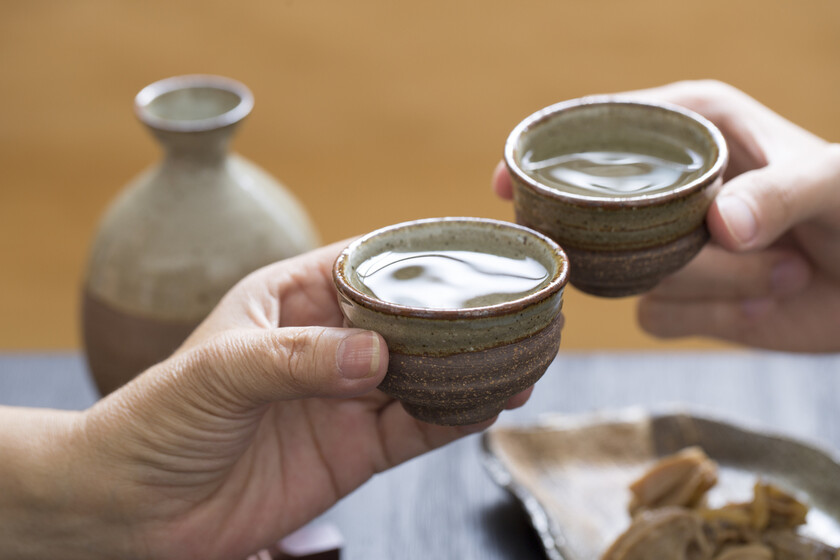 Considered the national drink of Japan, sake is one of the most complex and attractive preparations in the world. known as nihonshu which means “Japanese liquor”, is the ceremonial aperitif by excellence.

Sake, pronounced “sah-keh,” is a japanese alcoholic drink made of fermented rice. Its origin dates back to more than 2,000 years ago, when rice cultivation came to Japan from China. It is customary to serve in a tall bottle called tokkuri and drinks from a sakazuki, a small porcelain cup. In Japan it is served during formal ceremonies, special events, and national holidays.

Etymologically, sake is a general term for any alcoholic beverage, and what Westerners know as sake actually refers to “nihonshu,” the traditionally brewed and fermented drink. Although sake is often called “rice wine” it is also linked to beer because it shares a similar manufacturing process. However, sake brewing is much more complex and requires a process called multiple parallel fermentationto boost the conversion of starch to sugar and in sequence to alcohol simultaneously.

Sake is achieved with four ingredients: rice, water, yeast and koji. The rice used to make sake, called “sakamai”, is special and distinguished by a large starch nucleus in the center of the grain. More than 100 strains of rice are used in sake production, but the three main varieties are Yamada Nishiki, Gohyaku Mangoku, and Miyama Nishiki. The koji or mushroom Aspergillus oryzae for its part, it is the mold that is carefully distributed over the rice to convert the starches into sugar. The conjunction of the ingredients shape the sake, and the alteration of the factors achieves the different flavor profiles.

The process begins with high-quality rice that is polished to remove fat and protein from the grain. It is then steamed and inoculated with the koji fungus, which transforms the starch into sugars. Then a fermentation with yeasts is carried out, which can vary according to the type of sake that you want to obtain. The resulting alcoholic liquid is finally filtered and bottled for a drink that can have between 14 and 22 degrees of alcohol.

Because of its complexity, sake is a own category of drink with a unique manufacturing process. With more than 10,000 variations, they are classified into five large groups or types: Junmai-shu, Honjozo-shu, Ginjo-shu, Daiginjo-shu, and Nama-zake. There’s also cloudy sake, which is coarsely filtered; sparkling sake, which contains less alcohol and is often served cold; and long-aged sake, which has a mild flavor. Sake can range from dry to sweet and tends to be more acidic than beer. The amino acids in the drink represent an umami taste, and some types of sake even have fruity flavors.

Such is its importance and relevance in the Asian country that October 1 is “Nihonshu Day” or “World Sake day”, the day that sake preparation begins in Japan. That day is toasted with sake in all regions to celebrate and wish prosperity.

Read:  cuisine of Chinese and Korean origin, similar to gyozas
Index hide
1 Properties and contraindications
2 In the kitchen
3 Norwegian salmon glazed with sake and teriyaki

Some studies claim that drinking sake benefits sleep quality and skinas well as that the drink has anti-inflammatory properties for people with diabetes. However, the results are not conclusive to generalize.

Sake may contain a lactic acid bacterium called lactobacillus. Lactobacillus is a probiotic It can help with digestive problems, particularly diarrhea caused by illness or the use of antibiotics.

However, being an alcoholic drink, the excessive consumption of any type of alcohol carries a series of health risks such as: damage and heart disease, strokes and others.

Sake is a drink that can be enjoyed in a wide temperature range. Of course, its flavor changes subtly by varying it, allowing you to discover new profiles of flavor and charm. The ideal range to enjoy cold sake is 0ºC to 8ºC. To experience it in its heated version, it is recommended between room temperature and up to 55ºC. This also depends on the type of sake: in general the label clarifies the ideal of consumption in its pure form or in cocktails.

As to meals, sake is paired with a wide range of foods. Pairs perfectly with fermented ingredients such as cheese and miso, as well as seafood, sushi, grilled vegetables, salads, oysters, soups and noodles as in the following recipe.

We cut the salmon loins in the way that I taught you here for better use. In this case we will use the clean loins or fillets. In a non-stick frying pan, add the olive oil with a touch of sesame oil and mark the salmon fillets on all sides, without overdoing it so that they are very juicy.

Once the salmon loins have been marked, we remove the fish Add the butter, teriyaki sauce, sake, mirin and soy sauce to the pan, mixing and bringing to a boil. Add the sugar and stir until you get a smooth and shiny sauce.

Put the salmon back in the pan. and cover it with the sauce, giving it light baths with a spoon until its surface is glazed. We serve immediately, with a vegetable garnish that if we want, we can also cover with the same sauce left over from the pan. I used cooked potatoes and carrots to make it a light dish.

In DAP | How to make chashu for ramen, the traditional meat in Japanese soup

In DAP | Homemade ponzu sauce recipe, a classic with soy in Japanese cuisine