Bullfrag
Home News “It has to be stopped.” a girl begs to report sexual... 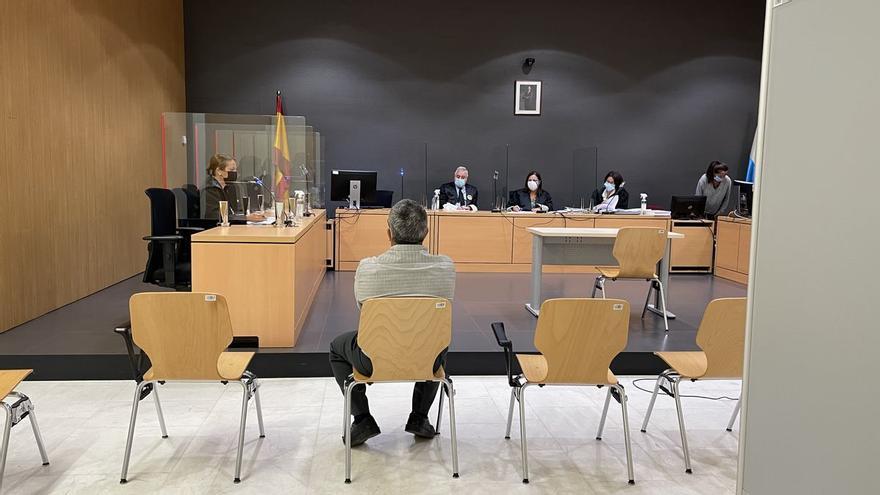 A girl who accuses her great-aunt’s husband of sexually abuse her He told what was happening to the accused’s wife so that she could stop him. The minor gave a cry for help to her family member during 2018 for her to help her arrest him, which served as a trigger for the events to be reported.

The victim I had seven years when he told his great-aunt “we have to stop him”, to immediately narrate a series of episodes in which the accused gave him kisses on the mouth, touched her and even forced him to give her a blow job. Due to her young age, the little girl did not know how long these abuses were taking place, but she did report some of them. During the trial held this Wednesday against the investigated, the testimony of the girl was heard through the pre-constituted evidence and in which she points out an episode where she accompanied the defendant to walk the dog to a park and he was there he pulled out his penis, sat her on his legs and kissed her on the mouth. On another occasion, the minor explained, the accused inserted a finger into her intimate area after lowering her pajamas. He also indicated that the investigated asked her to do a fellatio but she did not want to, however, he grabbed her by the waist to bring her closer to him and came to insert his penis in the girl’s mouth, something that he sentenced, made him want to vomiting, in addition, he ejaculated in front of her. “I was disgusted that he kissed me“, added the little girl, at the same time that she regretted that her grandmother (wife of the accused) did not believe her.

The expert, for her part, gave credibility to the victim’s testimony since she detailed the episodes in such a way that she could only have lived or witnessed them. “It is a credible and credible story,” said the specialist forcefully.

Read:  "We have more and more potential"

The defendant flatly denied the facts, but added that the minor came to see him naked on one occasion and that she also kissed him. His wife clarified that she believes him because “he has other nephews and this has never happened. The girl’s mother grew up in my house and nothing happened to her“He said. It was the son of the defendant who notified the victim’s mother about what was happening and it was that he saw a video recorded by his mother and wife of the accused in which the minor recounted the events.

The victim’s mother said between sobs that the little girl shared time with her great-aunt and the accused because they all live in the same building and since she lived for a while with said couple, she trusted them. “The girl started having strange attitudes like not let me see her when she bathed“, he regretted, while pointing out that the minor had a regression that caused sphincter problems since 2017. Extremes that were endorsed by the psychologist who treated her as part of the” sequels “she suffers, so from that moment they were able to initiate the abuses, said the mother, adding that the minor does not watch television without supervision and both the mother and the father (who are separated) have an agreement not to have sexual relations when the girl is at one of their homes.

The Prosecutor’s Office and the private prosecution ask for a sentence of 12 years in prison for the accused for a continuous crime of sexual abuse, as well as 40,000 euros of compensation for the little girl. The representative of the public ministry revealed that the defendant also confessed in the trial that he cleaned the parts of his granddaughter on one occasion, something that he did not tell in the investigation. The defense, for its part, asked for free acquittal. The trial has been seen for sentence.

no oil, but very crispy

Science: why we find it hard to find certain things in...