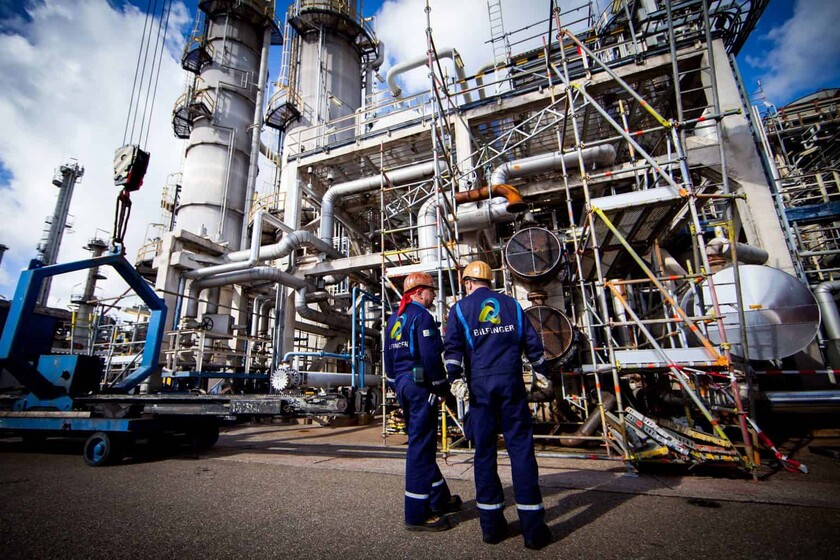 This is how the domino works: the sudden increase in demand after the pandemic time, a reduction in investments in storage technologies during the past COVID years, a fall in gas reserves (aggravated by the fact that these come almost exclusively from Russia) and even natural disasters have led to the well-known energy crisis that affects the whole of Europe. But if there is anyone who is watching the teeth of the situation, that is the United Kingdom.

Closing factories: This is the new piece to fall on a board that will continue to show the repercussions of the earthquake in the coming months. As reported by Bloomberg and The Guardian, CF Industries, a publicly traded Northwest European nitrate supplier, has announced that it is closing two fertilizer production plants sine die. They shut down their Billingham and Ince complexes because they can’t afford production.

What consequences can a shortage of fertilizers have? That we end up paying more for our food. According to economic analysts, the “drastic” movement of CF Industries will impact its production volume, encourage the rest of European producers to do the same or raise the price of fertilizers at a time when ammonium nitrate and nitrate of calcium ammonium, basic for the production of many of the products that end up in our basket, was already at its highest since the years of the previous crisis, 2008-2009. They say that many food wholesalers had already chosen to postpone the purchase of fertilizers due to the rise in prices of the last quarter, so when they are now faced with no alternatives, the blow to the price of their products will be greater, which will end up being paid by consumers. The ICIS (British Commodity Intelligence Consultant dependent on RELX) calls the event a “macro event”.

Move? The rest of the producers, those who described the measure as “drastic”, consider that the company has opted for the last available resource. That is why analysts like the Financial Times call the closure “a measure of pressure on UK ministers and UK energy regulators to take measures to protect industry and households.” There are reasons for this: the electricity bill is going to be 20% more expensive than last month and there are already several energy providers going bankrupt.

Bad luck: If here we look more like a painting by Bosco because prices reach 124.45 euros per megawatt hour (MWh), imagine what it is like to be British right now, where a week ago they reached 4,000 pounds per megawatt hour (now , as you see in the following tweet, it is a little shorter). They are prices that remind us of the absurdity that Texas experienced during the freezing storm that shook the southern US in February and reached a peak of $ 9,000 (7,600 euros) per MW / h. As there is little wind in the sea, Ireland is now on a yellow alert and must retain what it generates, so it cannot export them as it used to. Added to this was the breakdown of the very important IFA-1 submarine cable between France and the United Kingdom, which was one of the main energy supply channels, and which will take months to fix. While nuclear reactors were shutting down, the UK forgot to invest in renewable infrastructure. All this, plus the same thing that happens here: dependence on gas.

The Three-Day Journey: Before the critical events, some Internet users have rescued clippings from the newspaper library. In 1974 the islands experienced such high power shortages (as a result of miners’ strikes) that the Conservative government imposed a three-day shift on all non-essential industries for two months. Even the televisions were forced to stop broadcasting every day from 10:30 p.m. so that people would turn off their devices. It is not at all the current situation, but, added to the labor and commercial effects that the covid-Brexit combination is having, it seems that contemporary British citizens live a present bathed in a nostalgia for convulsive situations like those experienced by their parents and grandparents decades ago.

Great deal on Samsung headphones with wireless charging at Amazon