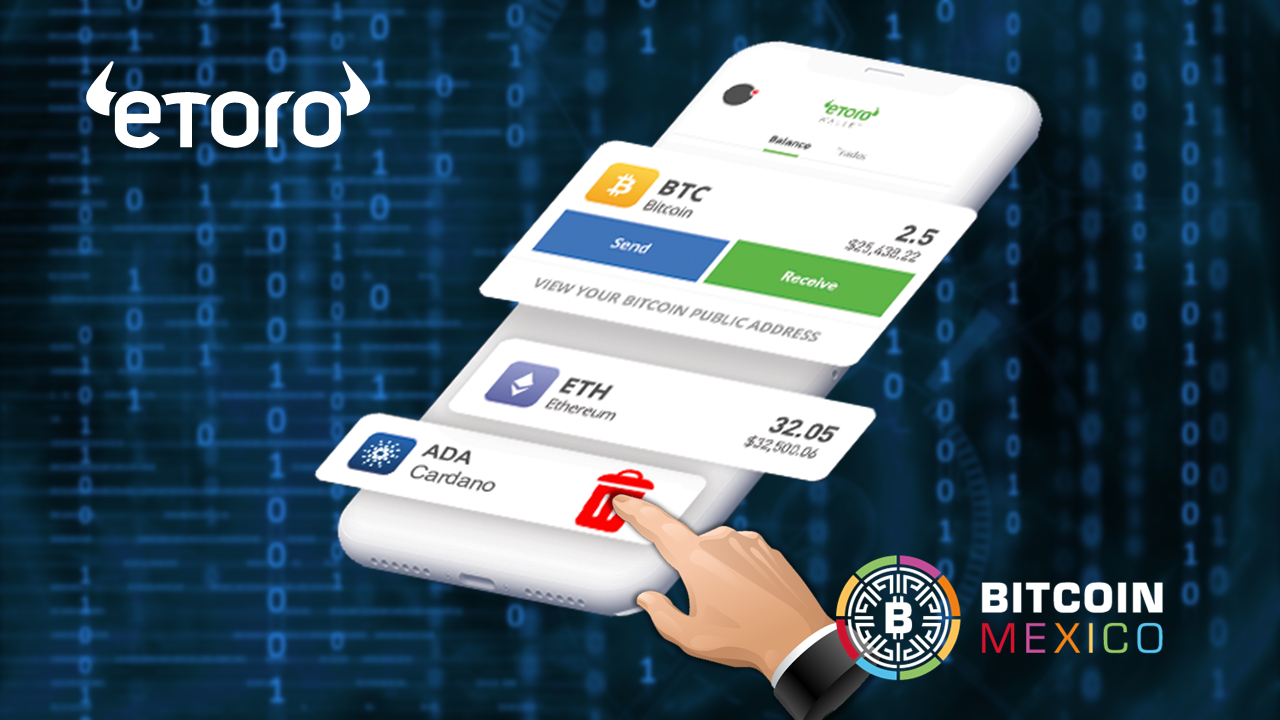 When a cryptocurrency is listed by a large exchange such as Coinbase, Binance or KuCoin, its price shoots up and in a matter of hours it reaches prices that seem unreal, and in the same way when they are deregistered they usually lose part of their value. Cardano is currently going through the second and there is a crisis.

Through a statement, Israeli cryptocurrency exchange eToro announced that ADA will not be available to US clients from January 1. They will also delist Tron (TRX). During the first quarter of 2022, those who want to keep their assets can only withdraw without being able to exchange them. The decision is due to regulatory concerns regarding both assets.

Index hide
1 Does Cardano face liquidity problems?
2 What did you say about the current regulation?
3 Cardano price falls

Before eToro commented that it was due to pressure from the Securities and Exchange Commission, a fact that seems more an excuse than a reality, since many tokens are in the crosshairs of the SEC and not exclusively these two, many users were afraid of which was due to low liquidity. Although this is not supposed to be the real explanation, as Cardano founder Charles Hoskinson put it.

Through a 13-minute video on Twitter, Hoskinson explained that he did not know the reason why the centralized Israeli exchange had decided to delist its currency for the United States, although he clarified that it was not liquidity.

What did you say about the current regulation?

“There is a systemic lack of clarity. Since there are no global regulatory standards, it is generally up to countries, states and even organizations how they handle crypto-related matters,” said Hoskinson, co-founder of Ethereum. “The best thing to do in these things is to navigate this case by case, exchange by exchange.“he added.

The case of Japan is paradigmatic and very different from what happens in other parts of the world, such as the United States or Latin America. Despite having strict regulations regarding cryptocurrencies, ADA has been successfully trading in the region for months without problems, as Hoskinson reported. He explained that liquidity in Asia increased, as well as in America.

“For our part, we had no indication of this from eToro and it is quite regrettable that nothing was shipped. At least we could have better understood their reasons.“assured the founder.

The eToro news hit the Cardano present very hard which fell to a three-month low as it hit the $ 1.58 bottom. However, a rally towards the $ 1.70 area appears to have started and it may also be due to another major announcement. This time positive.

Read:  INE has sufficient resources to consult the revocation of mandate: AMLO

Bitstamp to list Cardano, which is supposed to be very good news to get out of the crisis that it is going through after having lost almost 50% of its value since it touched the ceiling of $ 3.10 dollars in early September. According to the ranking of CoinMarketCap, Bitstamp appears in 12th place in the ranking of exchanges with the most volume, while eToro is located 40th.

After being the third most valuable cryptocurrency on the market only behind Bitcoin and Ethereum, Cardano lost ground that is already the sixth. The fall, for the moment, seems to have no end. Creators and users hope that there will be light in the near future.

This Cecotec Deluxe Oil-Free Fryer Is At Its Lowest Price For...

Beans with monkfish, the best recipe for beans with fish to...