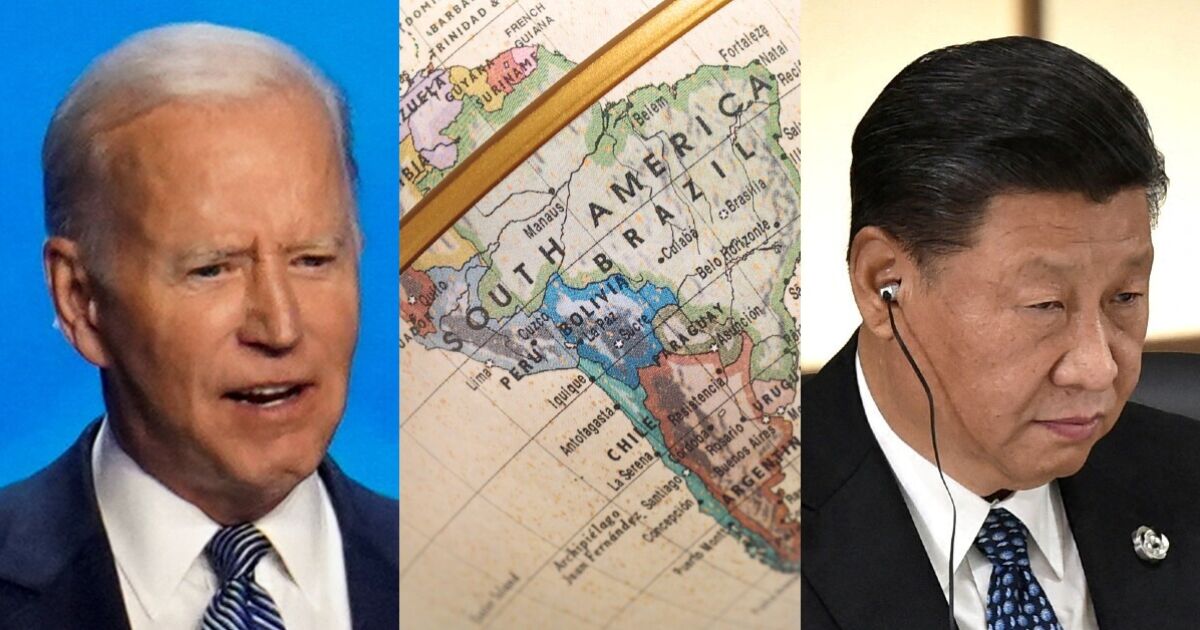 However, the diplomat affirmed that, at a political level, the region is even more aligned with the United States.

The 2021 data lacks trade figures for some countries in the region, but these balance each other out in terms of the US-China bias.

The White House and the US State Department did not immediately respond to a request for comment.

#InPhotos l Joe Biden receives the presidents at the Summit of the Americas.

The start of the Summit of the Americas

President Joe Biden opened a summit on Wednesday intended as a platform to showcase America’s leadership in America.

The President of Colombia arrives at the Summit

The president of Colombia assures that he arrives with a successful migration policy and with a climate action strategy in which he has achievements that he can show.

Alberto Fernández arrives at the Summit

The president of Argentina, Alberto Fernández, criticized the absence of some presidents at the summit.

Read:  it has been deteriorating for years and is already worrying experts

Chilean President Gabriel Boric affirmed on Monday that the exclusion of countries such as Cuba, Nicaragua and Venezuela from the Summit of the Americas by the United States “is not the way to go” since historically it has not produced results.

a moment of calm

US President Joe Biden and First Lady Jill Biden dance together as they welcome leaders to the Summit of the Americas.

The Peruvian Congress authorized President Pedro Castillo to travel to the United States to participate in the Ninth Summit of the Americas.

After the president of Mexico, Andrés Manuel López Obrador, announced that he would not attend the Summit of the Americas, Mexican Foreign Minister Marcelo Ebrard attended on his behalf.

US President Joe Biden and First Lady Jill Biden speak to each other during the 9th Summit of the Americas, in Los Angeles, California, USA.

In an apparent effort to present an alternative to China, top US officials said Biden will announce a “Partnership of the Americas” plan at the Los Angeles summit that will focus on promoting recovery from the pandemic based on trade deals. existing.

Its goal would be to mobilize investment, revive the Inter-American Development Bank, create clean energy jobs and strengthen supply chains, officials said. However, such an initiative could face protectionist pushback from the United States, as well as questions about how the region’s widely diverse economies could make it work.