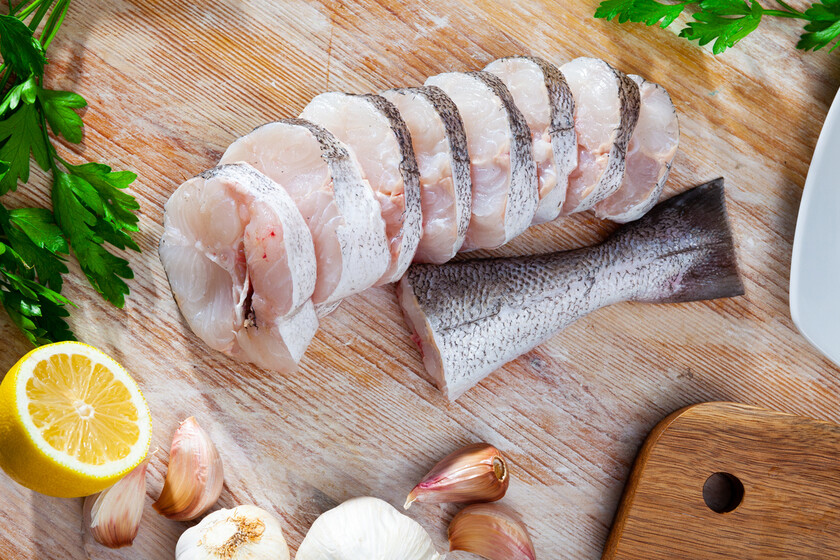 Making a pil pil is a relatively complex preparation that, although it does not need too many ingredients, it does require that they be of quality and that we have a certain skill stirring the pans to get it to bind.

It is essentially a chemical reaction. between olive oil fat and collagen that comes off the cooked fish —which is why it is usually made with cocochas—, which gradually generates that creamy emulsion that we look for in the pilpil.

The quintessential dish to accompany hake recipes or cod recipes, the two most common fish in Basque cuisine, making a pilpil does not always have to be purist and today we bring you one alternative to twelve Michelin stars **Martín Berasategui used** for a baked hake neck.

Originally aired on the show Robin Foodfrom the EITB, together with George’s Davidthe chef from San Sebastian —the most awarded Michelin star in our country—, this recipe is applicable to any type of baked hake preparation that we want to make.

As you will see, it is not a pil pil in puritybut it is a preparation that allows the collagen that begins to come off the hake to be bound with the oil from a refried garlic and that will be the ones that turn both liquids into a creamy sauce that is worth trying at home.

Although it can be done with any part of the hake, it is better to do it with the neck because it has more collagen.

In this case, Berasategui also opted for a hake neck because it is a part with more collagen than the trunk or tail of the hakeso we recommend imitating the Gipuzkoan cook for this fake pil pil that garnishes a neck of baked hake with roasted potatoes.

After cooking the potatoes and the neck of hake, Berasategui prepare the traditional refried garlic with very hot oil and add it on top of the hake neck, already cooked and taken out of the oven, to later resort to a couple of tricks that will improve the binding.

With this rehash mixed several times it is possible to emulate pil pil, although it is not the same, obviously.

The first is add a splash of vinegar on the neck of hake, which will allow a better release of collagen and hake juices. The second is to pour again the liquids from the casserole, which will already be well mixed, in a pan or frying pan and heat them slightly to bathe the neck again.

Like this up to three times, with what is going to getting this mixture to emulsify and load with flavor, making it somewhat thicker and tastier, which is what we call a false pil pil and which is really a very common preparation in Basque cuisine when grilling fish. To do this, he only drains the liquid part of the hake casserole again in that pan, heats it very slightly and inverts it again over the neck.

This is what happens in the fish grills of municipalities such as Getaria and Orio, which take advantage of the collagen that the fish release to spray them with ‘Lourdes water’, a mixture of oil, vinegar and some other seasoning that allows the collagen to emulsify and offer that succulent sauce so common in turbot or sea bream.

In DAP | Baked hake with baked potatoes: a very simple fish recipe that always turns out well
In DAP | The easiest way to make hake at Christmas and that it turns out well (with video included)

Takis stars in the best gift for Valentine’s Day