BTS will finally go to mandatory military service. Even if it costs South Korea billions 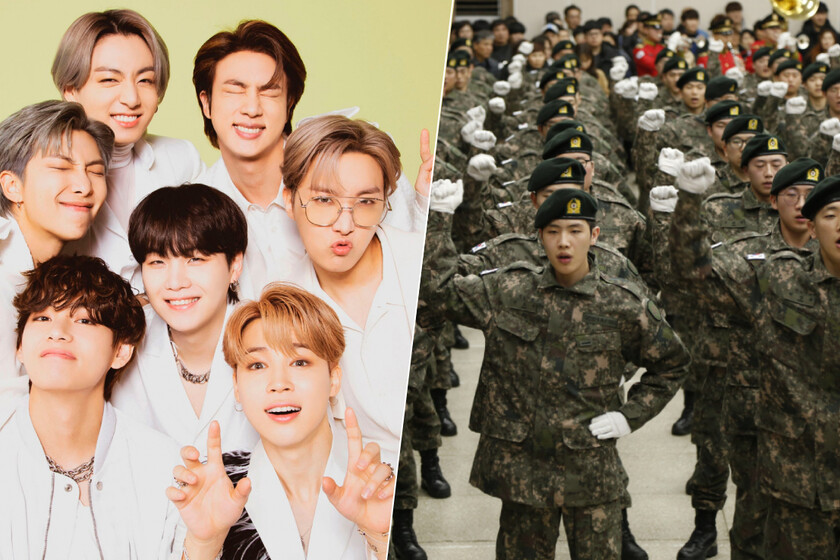 No one escapes South Korea’s compulsory military service. The country requires all able-bodied youth to enlist before their 30th birthday. For a long time, this system has harmed the musical careers of country idols, they had to pack in full swing. While exceptions may be granted, for example, to athletes who win medals in international competitions and some high-profile classical musicians, pop music artists are not exempt from serving.

BTS has been the main protagonist of this debate in the country, about whether the members of the band would receive special consideration due to their contribution to the South Korean economy and international prestige. In the end, they will do their duty and go to military service.

From the stages to the barracks. The members of BTS will enlist in the South Korean military as required by law, according to the band’s record label. Jin, the oldest of the group, will be the first to don the uniform as soon as he turns 30 in December and after finishing his solo project this month. When he turned 28 in 2020, the government offered him a two-year delay in recognition of BTS’s efforts to “improve Korea’s international image.” He was one of the first K-pop stars to get it.

The other six members, born between 1993 and 1997, will follow suit, with the band expected to get back together in 2025, according to their management company, Big Hit Music. “Since BTS’s inception more than ten years ago, the band has achieved international success, broken records, and catapulted K-Pop into the global stratosphere. We have focused on the historical moment when it would be possible to respect the needs of the world.” country and for these healthy young men to serve with their countrymen, and that is now.

The military system in South Korea. Under its conscription system, the country requires all able-bodied men to serve at least 18 months in the armed forces before age 28, due to ongoing threats from North Korea. Some celebrities have received exemptions or been allowed to perform alternative public service, including Olympic and Asian Games medal winners and award-winning classical musicians and dancers. Examples of this are Seong-jin Cho, the Korean pianist who won the Chopin International Piano Competition, and Tottenham footballer Son Heung-min, a gold medalist.

Read:  Dog is caught "perreando" and dance finally lives up to its name

Refusing to perform military service is a crime in the Asian country and can lead to imprisonment or social stigma, as happened to actor and singer Steve Yoo, who was deported and banned from entering the country after avoiding service. mandatory military service upon becoming an American citizen in 2002, months before he was drafted.

They have not escaped by a hair. We already knew that the rise of k pop it was so big that it could be decisive in the economy of a world power like South Korea. But its influence in the country goes further, and is such that even traditional laws have to adapt to this new mass phenomenon. Remember that BTS managed to get the National Assembly to change the century-old compulsory military service law to allow artists to defer this obligation for two years.

The band won a reprieve in 2020 when a bill was passed that allowed K-pop’s biggest stars to delay their performances until the age of 30. Regarded as national treasures, some lawmakers suggested the band could be granted a waiver so they could continue performing. South Korea’s defense minister even suggests that the group could still rehearse while enlisting: “There will be a way to give them a chance to practice together.”

The money that will be lost. The billions of euros that the gang’s followers pump into the South Korean economy is simply brutal. In 2018, the Hyundai Research Institute said that BTS was contributing more than 3.6 billion to the country’s economy each year, equivalent to what 26 medium-sized companies contribute. Not only that, but they attracted one in every 13 tourists who visited South Korea in 2017 and generated 1 billion exports of consumer goods in a year. Between 2014 and 2023, analysts projected that BTS would have contributed $29.4 billion to the South Korean economy.

Now, following the announcement, the share price of Big Hit’s parent company, HYBE, has already fallen by 2.5%. And the company has lost about half of its market value since June, when BTS discussed going on hiatus while the members pursued solo projects.