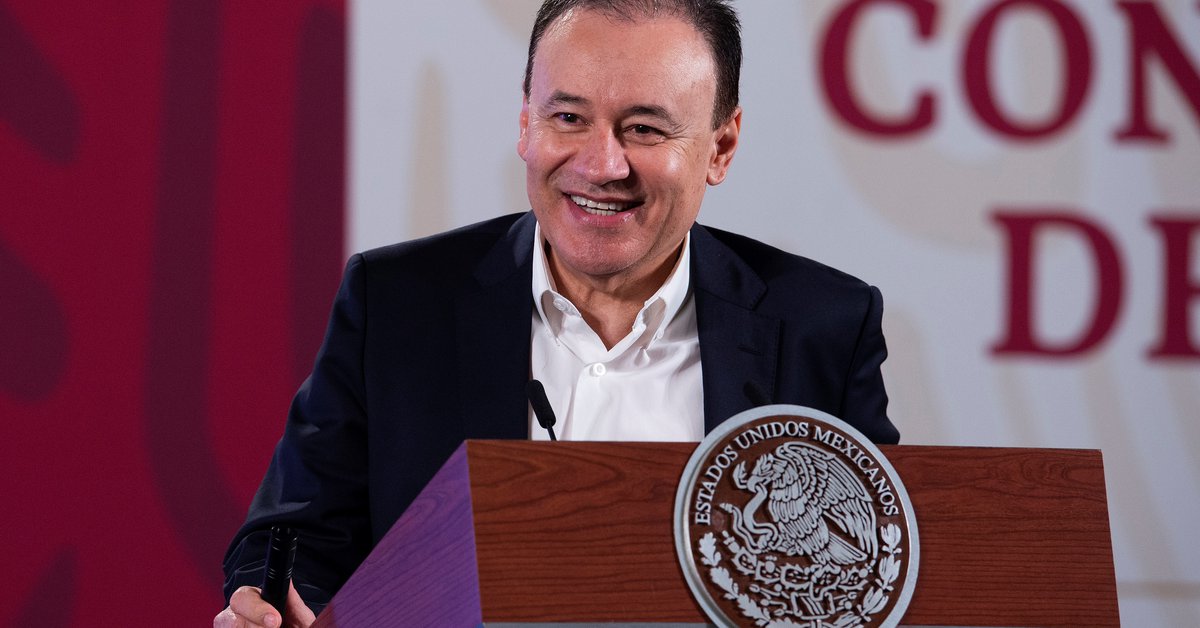 Citizens of Guaymas, in Sonora, lived a violent night when a armed group opened fire in the Municipal Palace in against mayor Karla Córdova and his escorts.

The State Attorney General’s Office reported that a total of three people died, two men and a woman, for which the Code Red was activated and I know recommended avoid access to the first square of the City.

The young woman was identified as Marisol, 18 years old, part of the collective “Feministas del Mar”, who was protesting peacefully outside the building.

The governor of Sonora, Alfonso Durazo, appeared hours later on social networks. Through a tweet, he assured that condemn violence in the entity, in addition to sending his condolences to the families of the victims in Guaymas.

An armed group opened fire on the municipal presidency, the mayor Karla Córdova and her bodyguard, where three people died, despite the fact that Durazo claimed not to be overwhelmed by violence (Photo: Twitter / AlfonsoDurazo)

“We categorically condemn the violent events in Guaymas. Our condolences to the relatives of the deceased. Authorities from the three levels of government are at the scene, supporting investigations to bring those responsible to justice, ”he wrote.

It is about Guaymas, one of the most important bastions for the chief executive in the entity, who he even closed his campaign for governor there of the state in 2021. In just two months in office, this is his first onslaught of gigantic proportions.

However, only on November 23, 2021 he was present in the same territory, where he assured reporters who decided to address him, that I was in no way outnumbered by organized crime groups nor because of the violence that has occurred in recent times.

Recently, Durazo performed at the morning conference of President Andrés Manuel López Obrador, where he reported, together with the Secretary of National Defense, Luis Cresencio Sandoval González, the situation of the public security.

They reported that the crime of intentional homicide in the entity has increased. Until September, there was an account of 112 criminal events of this nature, while in the year a thousand 207 had been accumulated.

Also in intentional homicides, although by federal entity, the state led by Durazo then occupied the eighth place with 3,668 homicides, the national average being 2,571.

Read:  Sealed copy of 'The Legend of Zelda' is the most expensive game ever

If the crimes are transferred to intentional homicides for every 100,000 inhabitants, then Sonora occupies the seventh place with 125 homicides, the mean being 70.

“You have said, President, and you have said well, that we have no right to fail and we are not going to fail you. Everything that we are politically today I owe to the Sonorans, to you and to the Fourth Transformation. My commitment to live up to the responsibility that the project and the people of Sonora have entrusted to me, ”said Durazo.

On the other hand, the governor of Sonora presented the security strategy that will mark his mandate. Among the tasks to be developed, he said, is the strengthening of the Peace Building Table, where they will focus all their efforts.

He also assured that he will fight corruption, assign a largest social budget in history to address the root causes of insecurity, will dignify the prison system and will emphasize prevention, fight addictions and domestic violence.

However, it is noteworthy that he assured that the issue of femicide, where they are in second place nationally, is one of the great challenges of their region, although they did not report strategies to stop it, since it only pointed out that six people have been prosecuted, and it has been obtained guilty verdict in seven more cases.

An armed group opened fire on the municipal presidency, the mayor Karla Córdova and her bodyguard, where three people died, despite the fact that Durazo said he was not overwhelmed by the violence REUTERS / Luis Cortes

Among other actions it has carried out, there is also the signing of the Agreement for Peace with broad social representation, as well as the agreement with the municipalities for the Single Coordinated Command.

In addition, he reported, he plans to create the Financial Intelligence Unit, Police Investigation Unit, we are going to create the State Guard at the right time.