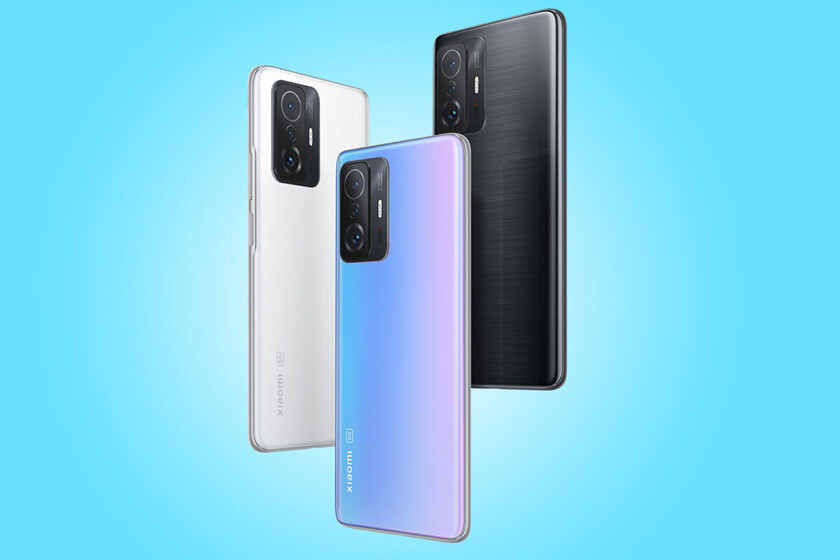 The new Xiaomi 11Ts are official, this year without the Mi surname in between. Thus arrive the new alternative high-end Xiaomi, of which the new Xiaomi 11T It is the standard model, with the powerful MediaTek Dimensity 1200 on board.

The Xiaomi 11T changes the LCD panel of the previous generation for AMOLED at 120 Hz, with a camera that adopts 108 megapixels for its main sensor and a fast charge that doubles compared to last year’s Mi 10T.

Xiaomi has new high-end mobiles, the Xiaomi 11T. One of the main changes of this generation is on the screen. The screen of the Xiaomi 11T is AMOLED, with a diagonal of 6.67 inches and the perforated front camera in the upper center.

In exchange for having AMOLED, a few hertz of refreshment is lost along the way over the past generation. If the Xiaomi Mi 10T supported up to 144 Hz refreshment, the Xiaomi 11T reaches 120 Hz, which is not bad either. It also increases the speed of touch response, which is up to 480 Hz.

Yes indeed, the fingerprint reader is still on one of its sides. The design itself is not very different from the previous generation, beyond the module for the cameras, something simpler as this time it has three lenses.

READ:  Saving 47% battery on Android is possible with this trick

For photography, the Xiaomi 11T mounts a 16-megapixel front camera, which is complemented by the triple camera on the back. The main sensor is 108 megapixels, with an 8 megapixel wide angle and a 5 megapixel sensor that doubles functions as telephoto (2x zoom) and macro. These sensors are complemented by software, such as Audio Zoom, which adjusts the audio to the zoom level of the recording.

This year the versions change a bit, with 8 GB RAM as the only option and 128 or 256 GB of UFS 3.1 storage available. The terminal has stereo speakers again, with support for Dolby Atmos.

In terms of autonomy, the Xiaomi 11T mounts a more than generous 5,000 mAh battery that this time supports 67W fast charge. Connectivity is up to date: 5G, Wi-Fi 6, Bluetooth 5.2 and NFC.

Versions and prices of the Xiaomi 11T

The Xiaomi 11T is available in three colors: Meteorite Gray, Moonlight White and Celestial Blue, or gray, white and blue. There are two variants, both with 8 GB of RAM but with 128 or 256 GB of storage to choose from:

Real Sporting victory by the minimum against Burgos (1-0)