Bullfrag
Home Entertainment Why ‘Gunpowder Milkshake’ is the perfect complement to the ultra-stylized, testosterone action... 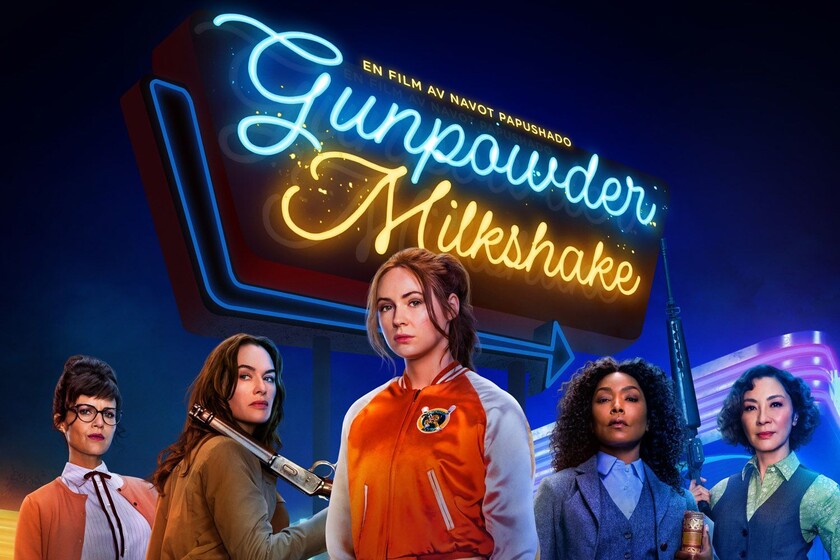 After the revolution arrived from Indonesia by the hand of Gareth Evans in the huge ‘The Raid’, which once again raised the Asian industry as a great reference in martial arts cinema, the year 2014 brought under its arm a title that radically changed the status quo of North American action cinema: the splendid and ultra-stylish ‘John Wick’ by Chad Stahelski and David Leitch.

Since its premiere, and reaffirmed by its overwhelming two sequels released to date, the feature film starring Keanu Reeves has become a new standard within the genre; raising the bar when it comes to choreography and set pieces until more than decent products fall into oblivion, and influencing the style of a good handful of notables actioners recent ones like ‘Atomic’ or ‘Nobody’ – curiously conceived by one of the directors of ‘John Wick’ and by its screenwriter, respectively.

In the midst of this panorama of wannabe clones wickianMany of whom are nowhere near meeting expectations – and ‘Kate’ is a prime example of this – ‘Gunpowder Milkshake’ stands as the perfect complement to the Lionsgate franchise’s overdose of solemnity and testosterone. And it is that Navot Papushado’s film offers a pulp-pop festival brimming with girl power To which you arrive attracted by its sense of action, and in which you are dazzled by its brutal tone and by a very rich universe, populated by some really charming characters.

After their modest but commendable joint debut ‘Killer Rage’, the duo of Aharon Keshales and Navot Papushado signed the splendid ‘Big Bad Wolves’; a thriller with grotesquely funny sarcasm and pristine workmanship that received praise even from Quentin Tarantino himself. Now, with his first solo job, Papushado has kept the essence of his previous work intact, radically distinguishing ‘Gunpowder Milkshake’ from its competitors.

READ:  Drax has not had the voice of Dave Bautista in What If ...?

To this peculiar tonal proposal must be added a fantastic production design that brings a unique character to the waves of deaths and broken bones that flood the screen. A timeless artistic approach that not afraid to dive into the grounds of the neon-noir, mixing scenarios typical of the 50s – that diner it is a beauty— with marvels of the eighties engine like the Porsche 944 that the protagonist drives; all this under the prism of cinematographer Michael Seresin, dominated by ultra-saturated primary colors and totally dazzling passages.

But, above all this, the defining element that elevates the hilarious ‘Gunpowder Milkshake’ above the average is its unique universe of relentless killers and criminal organizations. With a lore as rich as it is self-aware, and without any fear of nonsense, the film manages to dazzle, but fails to delve into the origins and inner workings of librarians who cry out for further development.

The great finishing touch is a resplendent assortment of main characters, treated with success on paper and on screen, and played by a stellar cast and in a state of grace in which legends like Michelle Yeoh shake hands with big names like Lena Headey, Carla Gugino or Angela Basset; all of them, yes, in the shadow of a Karen Gillan who steals all the spotlights of the show, and whose physique makes even more plausible if possible the cake salads that preside over the show.

As you see, ‘Gunpowder Milkshake’ has it all: an impeccable visual treatment, a cast in a state of grace, choreographies at the forefront of the genre, a tonal cocktail that perfectly balances drama, humor and crazy violence … A compendium of successes that, added to its self-confidence and total absence of imposed solemnity, make it the best wicksploitation released to date, technically tied with ‘Nobody’.

Two new Minecraft games would be on the way with Mojang