Bullfrag
Home Entertainment Who is Black Adam, the new villain of the DCEU 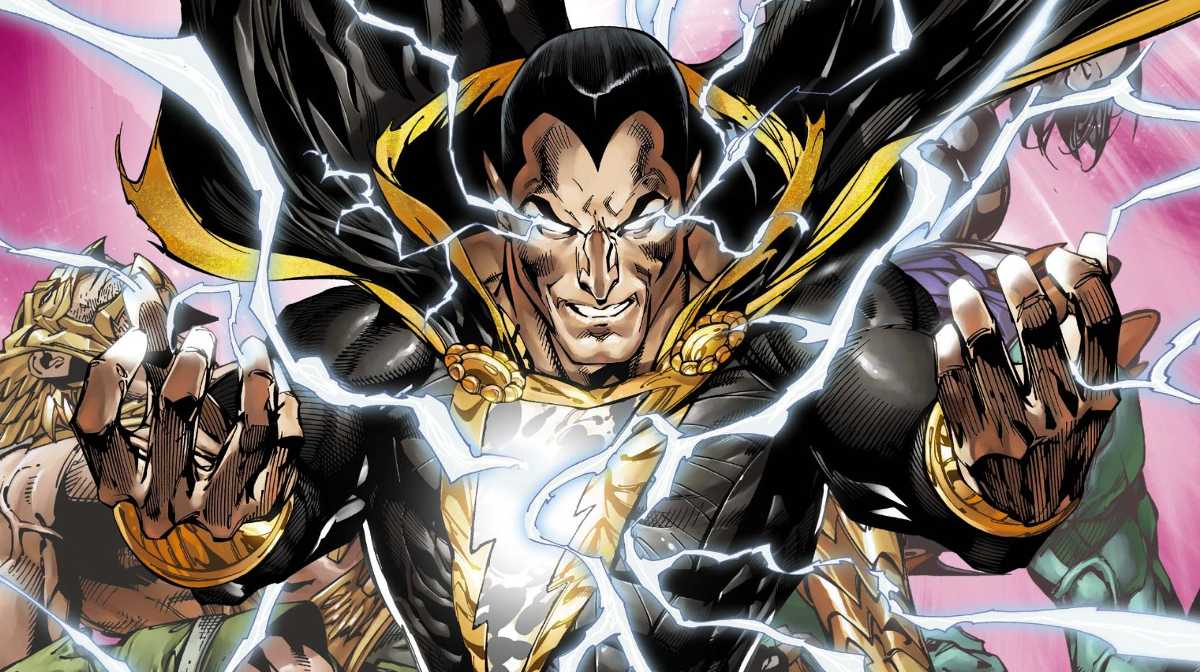 Facebook
Twitter
Pinterest
WhatsApp
Index hide
1 We tell you who Black Adam is, the DC Comics character who will hit the big screen in 2022 by the hand of Dwayne Johnson.
2 Who is Black Adam?
2.1 Is Black Adam a good or bad?
2.2 What will the Black Adam movie talk about?
2.3 Enter a new heroic adventure from DC Comics and SMASH
2.4 Keep reading:

We tell you who Black Adam is, the DC Comics character who will hit the big screen in 2022 by the hand of Dwayne Johnson.

Without a doubt, one of the most exciting moments of the past DC FanDome 2021 was the presentation of a brief preview from Black adam, the movie starring Dwayne johnson that will hit the big screens in 2022. However, those who are not so close to the world of comics may have questioned the importance behind this powerful character. Before his debut in the DC Extended Universe, we tell you who is Black Adam.

Who is Black Adam?

Created by Otto Binder and Clarence charles back, Black adam appeared for the first time in number 1 of The Marvel Family, published in December 1945.

There the story of Teth-Adam, high priest of Pharaoh Ramses II distinguished for his nobility and high morals. These characteristics shaped him as being perfect for succeed the wizard Shazam as Sorcerer Supreme.

With his powers, Adam (now known as Mighty adam) fought for the people of Kahndaq, until it is corrupted by its powers. After watching him assassinate the pharaoh and assume the Egyptian throne, the wizard Shazam decides revoke the powers and lock his successor in a jewel. This is how the story of Black Adam began.

Is Black Adam a good or bad?

One of the great attractions of Black adam is that he appears as one of the great villains of DC who, precisely, did not start or end his story doing evil.

You are interested in: Dwayne Johnson announces his return to WWE

After living in oblivion for over 5,000 years, Adam It is discovered and released by accident by a group of archaeologists. Finding himself in a new world, Black Adam decides to claim his powers. However, the villain is shocked to discover that the magician Shazam has inherited his powers from Billy batson and his friends.

Encountering a new group of heroes, the defeated villain faces them in a duel that takes on spatial proportions. In the end, after being slightly defeated, Black Adam reforms and joins the Justice Society of America (SJA).

What will the Black Adam movie talk about?

Although it had been intended to introduce Black adam as the villain from the first movie of Shazam, starring Zachary levi, the producers bet on giving him his own tape of origin and then introducing it into the franchise.

Also read: This is how the daughter of “The Rock” reacted to the teaser of Black Adam

Therefore, it is unlikely that the film tells of the character’s confrontation with his heroic nemesis. However, it is possible that if their friction with the SJA is counted. At least that is what the film’s cast predicts.

At the moment we know that Noah centineo will play Atom Smasher, a hero who can change his size and strength. Aldis hodge will be Hawkman, leader of the Society and recipient of the powers of the Egyptian gods, while Quintessa swindell will be Cyclone, heroine who can control the wind. All of them face the character in the world of comics before his redemption to the path of good.

Black adam, directed by the Spanish filmmaker Jaume Collet-Serra, will premiere in theaters on July 29, 2022.

Enter a new heroic adventure from DC Comics and SMASH

The season’s crossover event starts here! The Justice League faces an extinction-level global storm brewing at the former site of the Fortress of Solitude. Enters to scene Frost king, a mad monster of power with an army at your command!

What devastating mystery is hidden in your past? And how is it tied to Queen Hippolyta, to Swamp Thing, Viking prince and his reluctant ally Black adam? Through two timelines you will learn more clues and secrets throughout each chapter of this successful story.

SMASH and DC Comics Mexico they have for you Justice League: Endless Winter, the first number in the series created by Andy Lanning and Ron Marz. Buy it already!

With the force of speed! Don’t miss a first look at The Flash

The awesome cars of Dwayne “The Rock” Johnson

Noah Centineo to join the DCEU alongside The Rock