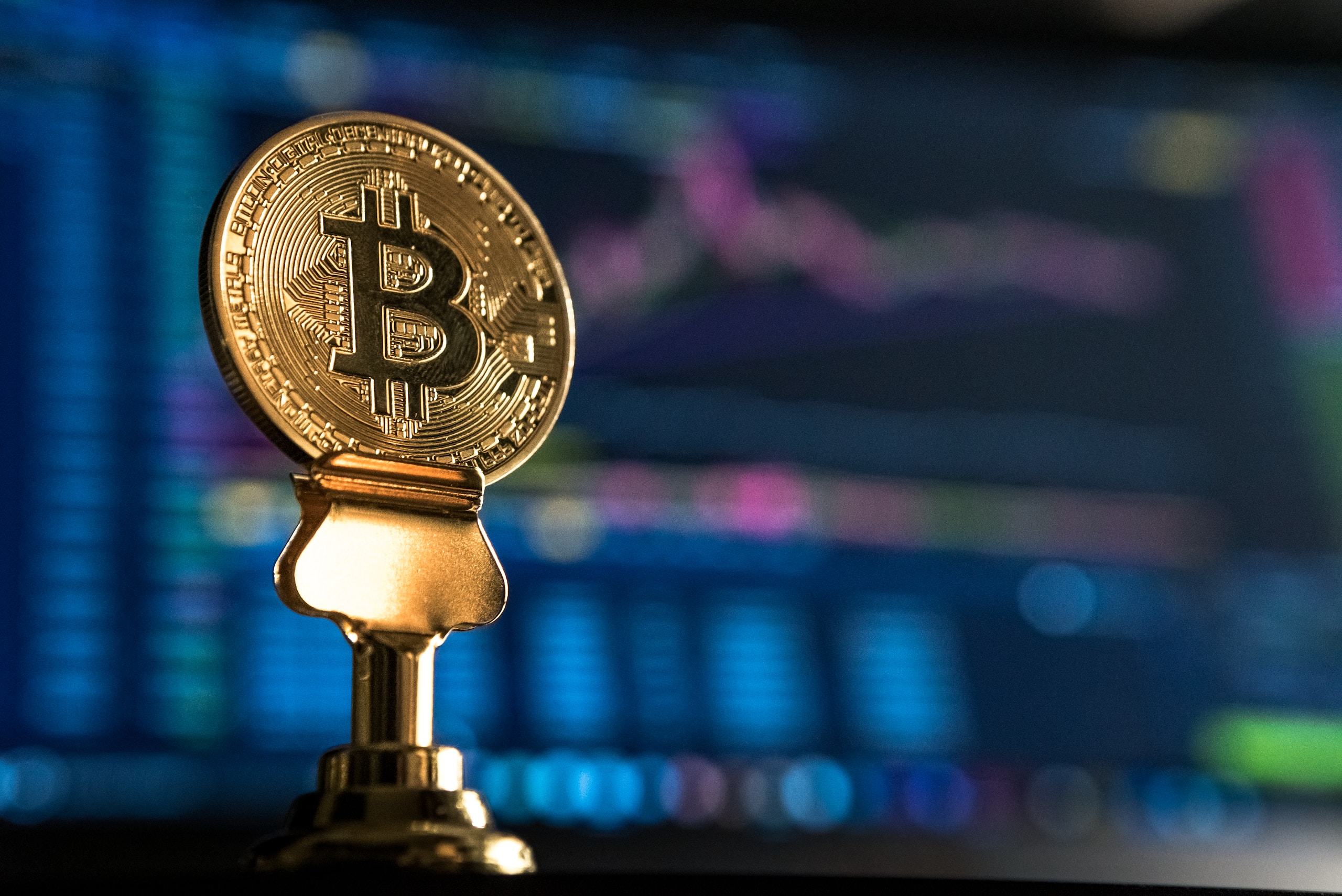 They are the most palpable business side of the world of cryptocurrencies. The exchanges -the platforms that allow you to buy, sell or exchange these digital assets- are often known for their hacks or leaks, but they have managed to be the aspect of this whole phenomenon that has also grown the most in the traditional economy.

Today some of them are listed on the stock market, others sponsor the stadiums of NBA teams and its leaders and founders are beginning to be compared among the richest people in the world. The business of these exchanges is simple: charge commissions for trading cryptocurrencies. And there, being known and conveying trust is key. So much so that they have invested huge amounts of money in advertising to attract more and more users/customers, something that for many increasingly distances them from traditional banks. But, who are those founders? What is behind them?

Index hide
1 Coinbase: the world’s first crypto company to go public
2 Binance: the home of Changpeng Zhao, the world’s largest crypto millionaire
3 Crypto.com: a blog that has ended up sponsoring the Staples Center or recording commercials with Matt Damon
4 Kraken: the exchange that grew after the biggest cryptocurrency scandal
4.1 Also in Hypertextual

The exchange -although it is much more than that- wants to occupy the position of a kind of PayPal of cryptocurrencies. Coinbase was born in 2012 and, today, it is the largest exchange in the United States and after going public a few months ago generating a record initial rise, it became the first company in the crypto and bitcoin ecosystem to be listed. In addition to offering its more than 43 million verified users the possibility of buying cryptocurrencies and storing them in their wallets, it has managed to generate some financial tools and services that in a certain way stop making it a simple application or exchange center. .

Today Coinbase offers plugins for online stores to receive payments with cryptocurrencies, a debit card, and is planning to offer credit. In other words, it is becoming the closest thing to a Bitcoin bank, and its competitors are not so much other exchanges as Paypal or Square itself.

Coinbase was founded in 2012 by Brain Armstrong (current CEO) and Fred Ehrsam. Before starting Coinbase, Armstrong worked as a software engineer at Airbnb.

Soon after, they were accepted to pitch their idea at Y Combinator, the world’s most prestigious business accelerator program. But, at that moment, Reeves jumped ship due to fundamental doubts about the platform they wanted to create.

Instead, Armstrong was paired with Fred Ehrsam, a former Goldman Sachs banker. A year later, the company was already selling a million dollars in Bitcoins per month, and Coinbase began its most profitable business model that still lasts: charging commissions for purchase and sale operations.

In its brochure for the SEC Coinbase ensures that last year its income shot up 139%, to 1,277.7 million dollars, with a net profit of 322.3 million. In short, it is a very profitable business.

Throughout his almost nine years of life, Coinbase has received through investment rounds more than 500 million dollars, among others from investors such as Andreessen Horowitz, Initialized Capital, Tiger Global or the Spanish bank BBVA.

Binance is known for being an exchange with its own currency and that it usually accommodates new projects or serves as a bridge to invest in them before others.

According to Coinmarketcap, the platform is currently the largest cryptocurrency exchange globally, in terms of trading volume. Binance was developed in 2017 by its two co-founders: Changpeng Zhao and Yi He.. Both were previous employees of OKCoin, another exchange, where they held executive positions. They left OKCoin to create Binance, a cryptocurrency platform whose operations were initially based in China, although it is based in the Cayman Islands. The name “Binance” derives from a combination of binary and finance.

To finance their new project, they organized fundraising through an Initial Coin Offering (ICO) in which they offered 100 million Binance Coins (BNB) to investors. Through the event, the platform managed to raise more than 15 million dollars. 35% of the funds raised were used to build the platform and perform system upgrades, 50% went to marketing, while the remaining 15% was set aside to deal with leaving a free margin.

Binance’s native token and ease of use made the platform quickly popular with users. In the first six months, it had already reached three million users. At that time, Changpeng Zhao (nicknamed CZ), of Chinese origin but Canadian nationality, pivoted the strategy to become a globally known brand, after the Chinese government banned cryptocurrency trading.

Although he has had important cases of theft and hacking, his popularity has not stopped growing, and with it the fortune of CZ, considered the largest crypto-millionaire today. His wealth is estimated at the equivalent of 96.9 billion dollars, still owning 90% of Binance shares.

Crypto.com: a blog that has ended up sponsoring the Staples Center or recording commercials with Matt Damon

Crypto.com is one of the best known brands due to its agreement to sponsor the Staples Center, the stadium of the Los Angeles Lakers and do a major ad campaign with Matt Damon as the face.

However, less than four years ago, Crypto.com was the personal blog of a University of Pennsylvania computer science professor. Its origin is a start-up called Monaco created in 2016, a company offered branded Visa debit cards that could be recharged with cryptocurrencies.

Like many others, it obtained financing by minting its own digital token and selling it to the public in 2017. The balance of the company stood at almost 200 million dollars in mid-2018, as explained then Kris Marszalek, its CEO, to TechCrunch.

But then came the big crash at the end of 2017. It was then, during a crash in cryptocurrency prices, that Marszalek decided to rename Monaco. He contacted Matt Blaze, a cryptography professor at the University of Pennsylvania, who had owned the crypto.com domain name for 25 years. During that time, Blaze had refused to part with the web address and had publicly scorned the new cryptocurrency craze. Until money (a lot of money) knocked on his door.

In a blog post from july 2018, wrote that he had “received a growing barrage of offers, many of which were obviously not serious, but some of which were, frankly, flashy, for the crypto.com domain.” He said he “had shrugged off most of them, but it was becoming increasingly clear that maintaining dominance made less and less sense to me.” It is not known what was paid for the domain.

Marszalek, 42, a Polish-born businessman, runs Crypto.com and its parent company, Foris Technology, which is currently based in Singapore.

Crypto.com is only the ninth-ranked cryptocurrency exchange by daily volume, according to CoinMarketCap, but their marketing move with Staple or their ad with Damon has put them in the spotlight.

Kraken: the exchange that grew after the biggest cryptocurrency scandal

San Francisco-based Kraken is another cryptocurrency exchange, and one of the oldest. Created in 2011, it is owned by Payward Inc. and is led by its CEO and co-founder Jesse Powell.

yeshis popularity began to rise when in 2014 Bloomberg chose their indices along with Coinbase to provide insights.

But then came another big milestone. In 2014, the Mt. Gox scandal made headlines: an exchange that left its users shivering after losing 850,000 bitcoins in various attacks. It remains the largest such case seen so far. Kraken was selected to support users who were left without coverage, who had to open an account on the platform.

Until that moment, Kraken was not among the largest exchanges, primarily serving European clients through a partnership with Germany-based Fidor Bank.

Today Kraken continues to maintain that good image both at the security level and in the face of regulators.