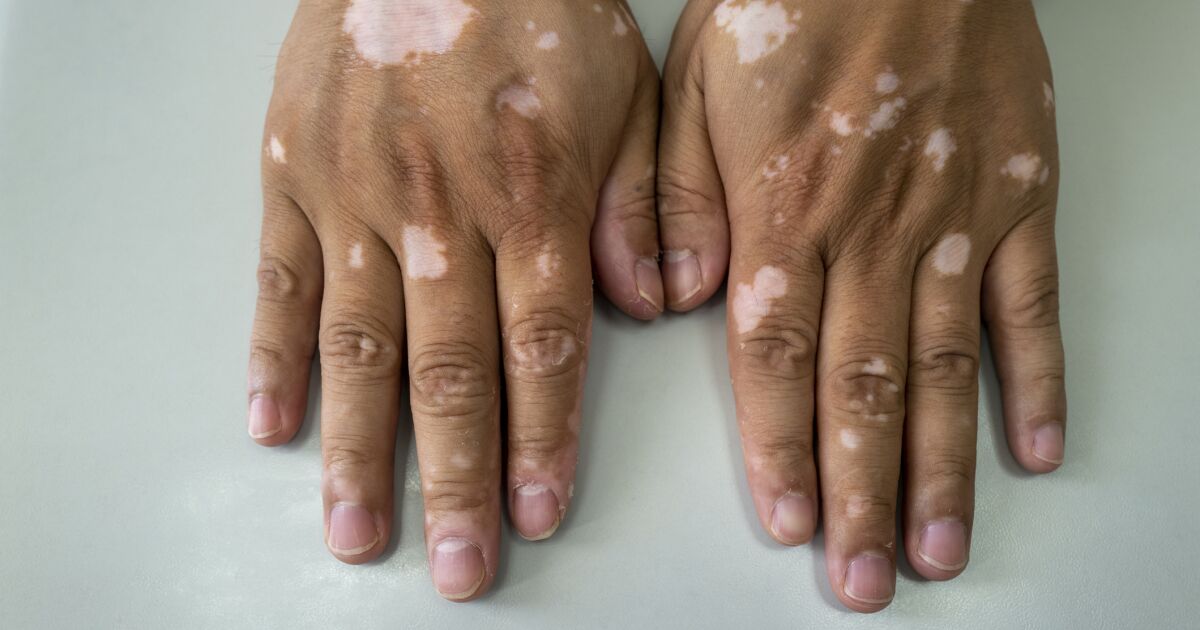 Vitiligo is a degenerative cutaneous pathology that generates a disorder in the pigmentation of the skin, causing the appearance of white spots in various parts of the body; it can even affect the eyes and mucous membranes (the tissue inside the nose and mouth).

Is non-communicable disease does not put health at risk; however, it can have a high psychological impact on those who suffer from it due to the aesthetic traces it produces.

vitiligo can occur at any agebut it usually appears before the age of 30. Its origin can be hereditary and is also associated with autoimmune disorders (when the body attacks its own tissues), thyroid disease being the most common.

People who are more likely to have this condition are those whose parents had it, who suffer from an autoimmune disease or hyperthyroidism.

The main symptom of vitiligo is loss of natural color. The spots can appear anywhere on the body and can affect:

There are different hypotheses about the cause of this condition, some researchers point out that the melanocytes destroy themselves, while others think that it occurs after a burn or emotional stress; in fact, the exact cause is unknown.