What season of promotions are you saving for? 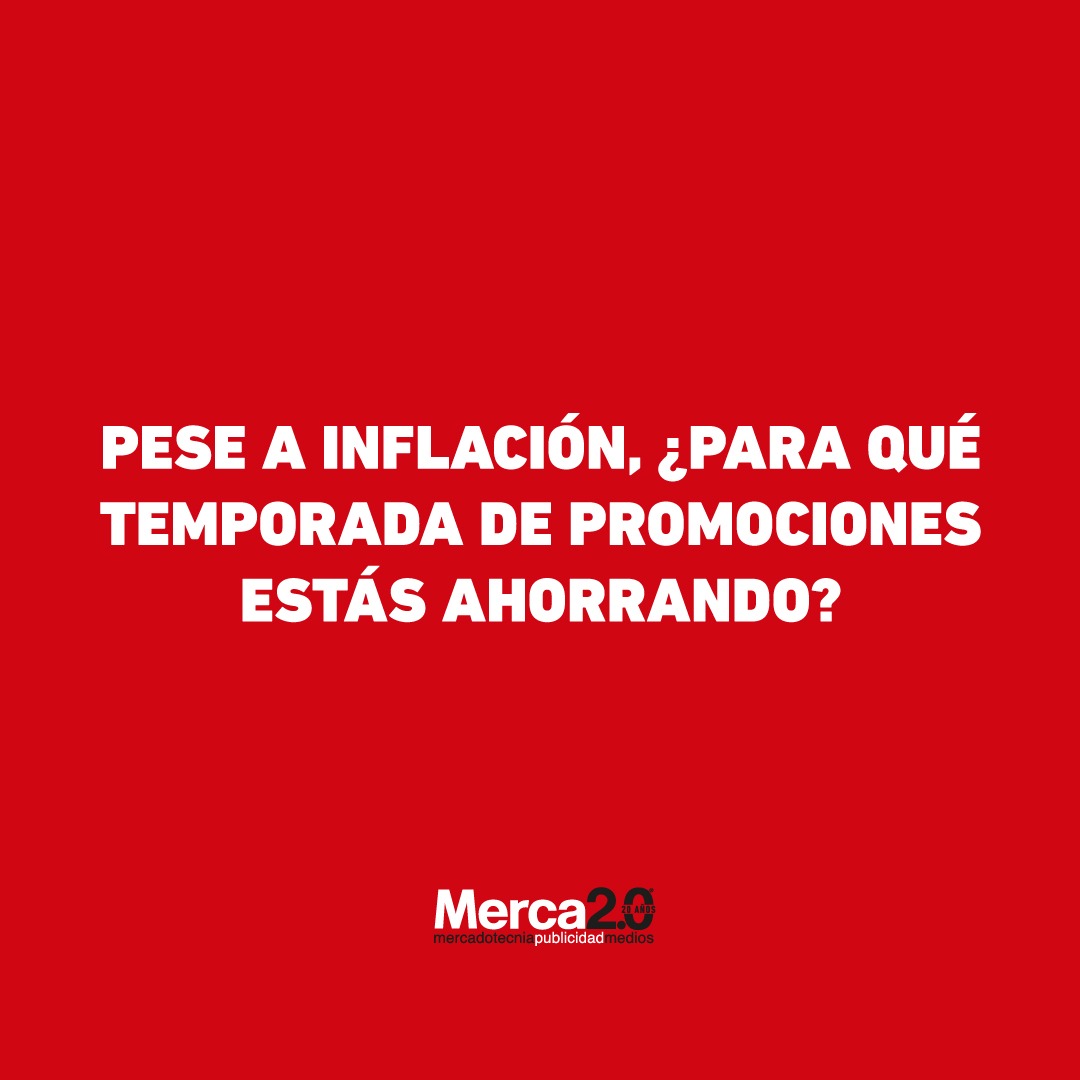 November is an atypical month for the industry, as several promotional events converge, such as Buen Fin, Cyber ​​Monday and Black Friday, but although this seems like a wing of opportunity for brands, the inflation that plagues the world only increases the uncertainty of consumers.

And it is that inflation does not give truce to Mexicans in this 2022, because even today the Governing Board of the Bank of Mexico (Banxico) foresaw that it would be one of the most complex and long, that it would not reach a general rate of 3 annual percentage, minimum, until 2024.

This economic crisis has remained at 8.7 percent per year, the highest level of the last 22 years in the country, given the persistence of external pressures caused in all parts of the world after the Covid-19 pandemic and the war between Russia and Ukraine.

Likewise, the Government Board predicted that the growth of economic activity between October, November and December will slow down, according to what was observed until the first half of the year, when the Gross Domestic Product (GDP) grew by 1.9 percent year-on-year.

What season of promotions are you saving for?

Despite rising inflation, the Concanaco-Servytur does not lose hopesince it foresees sales of more than 195 billion pesos only with the 2022 edition of the Good End, where a greater reactivation of the tertiary sector could be observed.

The Confederation of National Chambers of Commerce, Services and Tourism says that the most important event of the year for brands and promotions would represent an increase of 2 percent compared to 2021.

In fact, despite the price increase in all basic supplies and a sharp loss of purchasing power, the organization is betting on the month of November to reactivate the commercial sector and promote economic growth in our country.

But… what do consumers say?

A Merca2.0 survey shows that, just over a month after the start of the biggest shopping, discount and eCommerce season, consumers still do not know if they will buy any product, even if it has considerable discounts.

As can be seen in the survey of 1,743 people, 65 percent of the readers of this medium do not contemplate a specific amount for purchases and have not saved in particular for this purpose, that is, they have not even considered it among their movements. year-end financials.

In contrast, considering that the Good End will take place from November 18 to 21; Black Friday on the 25th; and Cyber ​​Monday on the 28th of the same month, few consumers will really seek to take advantage of the upcoming high season, with 22 percent in the first event, 10 percent in the second and only 3 percent in the third.

Battle against inflation; Pacic2.0 would seek to reduce it by 8 percent