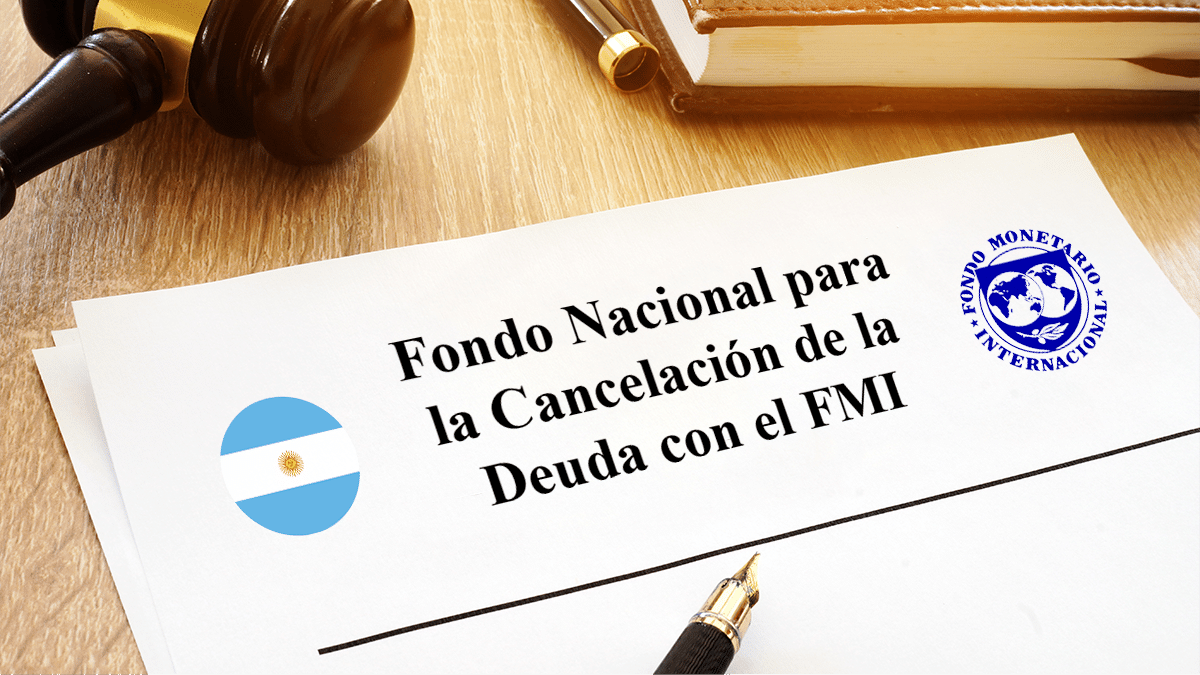 Index hide
1 Key facts:
2 The confiscation of bitcoin is contemplated in the bill
3 There would be a prize for “buchonear” the holding of bitcoin
4 Kirchner senators defend the bill
5 Opposition senators agree to pay the debt with more taxes

The Senate of Argentina, on the night of Thursday, May 12, gave its approval to the bill that proposes the creation of a “national fund for the cancellation of the debt with the International Monetary Fund” (IMF). Bitcoin and cryptocurrencies are present in the potential legislation that must now be debated by deputies.

The project text (whose approved version had slight modifications with respect to the original) indicates in its article 2 the objective: «the total cancellation of the debt with the IMF, current and/or future». The latter implies that, if approved, it would be a permanent fund, that even It would give the Argentine State a chance to incur new debts, knowing that it has that support.

The fund is intended to be constituted in US dollars and would oblige people residing in Argentina who are owners of “cryptoactives and other similar” that are “based abroad (…) that have not been declared before the Federal Administration of Income to pay taxes. Public (AFIP)». Those who have BTC or another digital asset in an exchange or custody service based outside the country would fall into this category.

The tax would also fall, as established in article 7, on those who own foreign currencies, real estate, bonds, shares in investment funds or any good susceptible of economic value, and that has not been reported to the AFIP.

In the event that the Chamber of Deputies approves the law without any modification, the amount to be paid will be 20% of the non-registered assets. In any case, if the person makes the payment “spontaneously and voluntarily” within the first six months of the law coming into force, he will have a discount. Likewise, the tax could be increased up to 50% if the person did not make the payment on their own account within the established time, or if they put impediments to compliance with the measure.

Article 12 of the bill indicates that payments must be made in US dollars and that The resources must come from the same assets that are held abroad.. That is, a person with BTC holdings in a foreign exchange should sell 20% of those coins in exchange for dollars in order to make the payment.

As a benefit for those who pay the tax, it is foreseen in the project that the Executive Power can grant payment terms of up to 12 months.

The confiscation of bitcoin is contemplated in the bill

If the law is approved, whoever is declared in breach of the regulations, could be subject to criminal sanctions. Indicates the project in its article 13:

In these cases, the definitive confiscation of assets provided for in article 305 of the Penal Code will be applicable.

The mentioned article of the Penal Code indicates that “the assets that were confiscated will be destined to repair the damage caused to society, to the victims in particular or to the State. Only to fulfill these purposes may a specific destination be given to the goods. Understand, for the drafter of the project, Senator Oscar Parrilli (Frente de Todos), having bitcoin in a foreign exchange and not declaring them to the AFIP is considered a damage to the State.

Perhaps the doubt arises in some reader, about how the State can confiscate cryptocurrencies. It is worth clarifying that this is only possible when they are in the custody of a custodial service (for example, an exchange), but this is not the case if the user stores their private keys in a wallet.

Read:  Bitcoin price is not decided on the rise, but this happens with savers

There would be a prize for “buchonear” the holding of bitcoin

In Argentine slang, a “buchón” is an informer. Someone who denounces another person before the law, although his actions are not necessarily harming a third party. Likewise, “buchonear” is to carry out this practice.

The bill reviewed here includes the figure of “the collaborator”. This is any individual (human or legal person) who “provides information related to a violation of tax or money laundering laws.”

This contributor (which could be, for example, cryptocurrency exchanges that “buchone” their customers), could provide information only when a person’s unreported assets exceed $500,000as established in article 30.

The collaborator’s performance will not be ad honorembut would receive a reward “of 30% of the total amount actually collected and entered into the state coffers”. That money will be exempt from paying any tax. Two collaborators could also participate for the same case. If that situation occurs, the reward would be divided equally between them.

If it is proven that a collaborator provides false information, he would be liable to receive a sentence of up to 7 years in prison. In addition, imprisonment of up to 2 years is foreseen for the collaborator who “in any way disseminates, divulges or discloses information related to the collaboration process.”

As CriptoNoticias reported at the end of March, when this project was announced, Modifications to banking, stock market and tax secrecy laws will be necessary in order to implement a law like the one detailed here.

The measure, approved by senators with 37 votes in favor and 31 against, has provoked conflicting opinions. According to explained Senator Parrilli, your text aims to “get rid of the IMF». This is striking, if one takes into account that —as mentioned above— the fund in dollars would also be used to pay future debts.

According to this lawyer, the 31 senators who did not support the measure either “have doubts” or “simply support the evaders.”

Other senators who are members of the Frente de Todos (political alliance currently in charge of the Executive Power in Argentina) expressed themselves along similar lines. José Mayans is convinced that it is the only sensible way to be able to pay the debt with the IMF:

Where do they want it to come from to pay the debt they left us? From the disabled, from social plans or do they want us to take money from retirees? Here we bring the idea of ​​a fund and that those who have undeclared assets abroad contribute.

Opposition senators agree to pay the debt with more taxes

On the part of the senators who voted against, criticism of the procedure abounded, although in general there was a approval towards the objectives of the bill: that the debt be paid with the income of more money from taxes.

For example, Víctor Zimmermann, from the Together for Change alliance, Held that “avoid evasion and improve collection is a shared objective”, but that it would not approve the project because it overlaps with regulations that are already in force.

Martín Lousteau and Alfredo Cornejo, senators from the same political alliance who also voted against, they criticized that the measure is about laundering and that, for them, is something unacceptable. “He is a whitewash because he forgives taxes,” said Cornejo.

The next step is for the bill to be debated in the Chamber of Deputies on a date not yet defined. There, the presence of Kirchnerism is percentage loweralthough through alliances with similar blocks the measure could be approved.