Home News What are the impacts that Minister Garzón denounces? 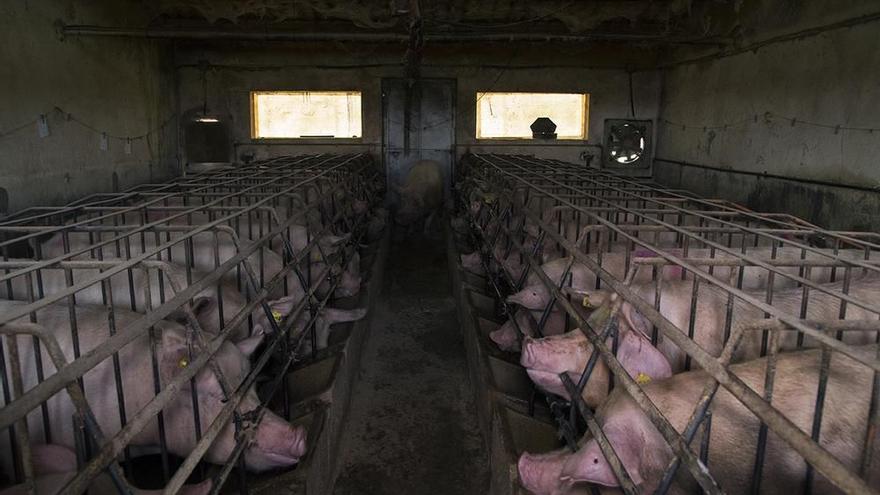 The industrial livestock sector has come out in a whirlwind against the Minister of Consumption, Alberto Garzón, as a result of his statements warning of the damages that macro-farms entail. These facilities, the object of strong protests throughout Spain for a few years, do not cease to generate controversy due to their strong environmental impacts. They are, experts point out, the complete opposite of what traditional, sustainable and environmentally friendly livestock represents..

Animal abuse, contamination of groundwater, bad odors, proliferation of diseases, deforestation and generation of CO2 & mldr; The macro farms are, for a large part of the Spanish, a nightmare that should be prohibited. More and more entities and entire peoples that rebel against these exploitations and against the damage that they cause to ecosystems, animals and human health an industrial and intensive livestock model like the current one.

The protests are increasingly intense and those affected say that the macro-farms also help to intensify the phenomenon of emptied Spain, by ending the traditional livestock farms that allow many people to survive in the field.

There is hardly a month in which a demonstration is not called in Spain against a macro-farm project, the most recent in Zamora, Toledo, Ciudad Real, Palencia, Burgos & mldr; all in the same year 2021.

And at the end of 2021 Greenpeace delivered to the Ministry for the Ecological Transition 237,000 signatures collected in Spain against these industries.

A sector that does not stop growing

However, the sector in Spain is only growing. Our country is, in fact, the country where this type of livestock increases the most. Between 2013 and 2019, they settled in Spain factory farms at a rate of almost 20,000 pigs a week, according to the report by Friends of the Earth and Food & Water Action Europe.

Spain is the world’s third largest pork exporter, behind China and the United States, after becoming the main exporter of the European Union (EU) in 2015, ahead of Germany and Denmark. In that same year, Spain also reached the largest census in the EU, with 28.3 million pigs. While other European producers reduce their production, Spain increases it, as well as its exports.

At the climatic level, food that comes from animals accounts for 45% of the carbon footprint in Spain. Each person generates 1.5 tons of CO2 per year by consuming meat. And it is that the way in which these foods are produced requires a large amount of resources, both for their manufacture and for their transport or packaging.

Large industrial farms are behind the destruction of large areas of forest, and not only in the Amazon, where cattle cause 70% of deforestation.

This is so because to feed livestock it is necessary to obtain large amounts of feed and pasture. This food can only be obtained by growing it on land taken from the forest. By deforesting, CO2 emissions increase significantly.

Nitrous oxide must also be taken into account, another of the substances that causes intensive livestock farming, as a consequence of the enormous amounts of fecal droppings (slurry) that these animals originate and from the fertilizers used to obtain the feed. This is explained by the director of the chair of Agroecology and Food Systems at the University of Vic, Marta Rivera, who is also part of the UN scientific advisory panel for climate change.

Obviously, the employers’ association that groups together intensive Spanish ranchers does not agree. The Union of Unions issued at the time a statement in which it criticized the conclusions of the UN Intergovernmental Panel for Climate Change (IPCC) and affirms that “as a whole, in Spain the livestock sector generates only 8% of emissions of greenhouse gases, compared to 27% from transport, 19% from industry and 17% from energy generation ”.

Read:  On his return Manny Pacquiao could not against Yordenis Ugás, who made history and retained the world welterweight title

“It is hypocritical to put the accent above all on 2,800 Spanish intensive livestock farms and not on the six million air conditioners that we have operating in Spain in August,” as well as the planes and merchant ships that circulate around the world, the note added.

More meat than is needed

In addition, many more animals are being raised than necessary for the national demand. «We produce 450% of the meat we consume, so it would be enough to feed 211 million people “, explains Ferran García, report and coordinator of the Global Food Justice Research and Networks Unit.

These practices, in turn, violate animal welfare. This livestock is based on the housing of a large number of animals “in very small closed spaces so that they produce large quantities of meat, eggs or milk at the lowest possible cost”, as defined by the NGO Friends of the Earth.

This means that on some occasions they are forced to spend their short lives in cages where they can barely move. In fact, young calves are often locked in cages so narrow that they cannot even turn around, and this in order to achieve more tender meats for the consumer.

Public health is the central axis of the new campaign of the associations that make up the Stop Livestock Industrial Initiative who have mobilized to denounce this proliferation of industrial livestock facilities in Spain in front of the autonomous administrations, warning in their mobilizations the consequences that this model has for the environment such as the overexploitation of aquifers, soil contamination, water contamination by nitrates, among others.

In addition, the Stop Livestock Industrial Platform has sent a letter to the Ministry of Agriculture, Fisheries and Food in which they ask its owner, Luis Planas, in addition to the aforementioned moratorium, a new nitrate regulation to reduce nitrogen emissions by at least half in 2027 taking into account the year 1996 as a reference.

Likewise, they urge you to develop a plan for the progressive reduction of the intensive livestock herd, which takes into account the consumption of water and other inputs, as well as the production of slurry and the contamination of the water by nitrates and the emission of gases. greenhouse effect.

The associations are committed to extensive (or traditional) livestock farming, a model that efficiently uses the resources of the territory with the appropriate species and breeds, making production compatible with sustainability and generating environmental and social services. In addition, it allows to maintain the economic activity of the rural population and to fight against the abandonment of the field.

This type of livestock includes key aspects such as: the use of native breeds, livestock mobility, animal welfare or management adjusted to the spatial and temporal availability of the resources available in each area. For nearly 10,000 years these systems have played a crucial role in closing cycles, especially those of carbon and nitrogen, which makes extensive livestock farming and pastoralism key pieces of agrarian systems, as well as in the struggle for mitigation and adaptation to climate change.