We just found the oldest known map of the night sky. It has always been right under our noses 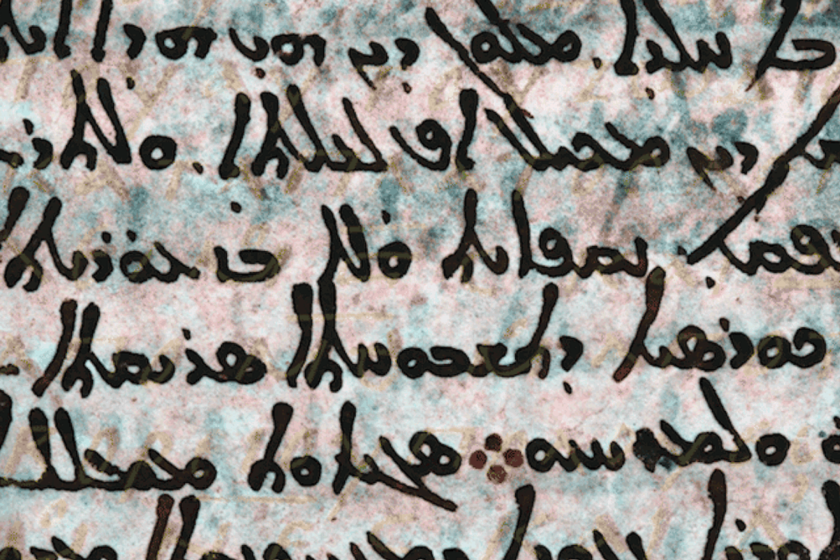 To find the last great treasure in the history of science, researchers have had to dig, but not in earth or sand, but in an ancient medieval codex from a monastery on Mount Sinai, Egypt. The process has required years of work and sophisticated technology, but the prize archivists have received in return more than makes up for it: part of the oldest known map of the starry sky, with calculations by Hipparchus of Nicaea, a long-sought gem. centuries.

The result is fascinating. The way even him too.

Perhaps the most curious thing about the find is that the catalog was not hidden in a remote catacomb or catacomb, nor in a newly unearthed chest, but rather under the pages of the Codex Climaci Rescriptusa collection of Syriac texts written around the 10th or 11th century that contains the famous Scala Paradisia religious treatise written by the monk Johnannes Climacus (579-649).

Experts have known for a long time, however, that the parchment could tell more things, many more: in addition to being a valuable medieval jewel, the codex is a palimpsest, a reused document that conserved traces of previous writings that had been tried to be eliminated… without too much success. More or less the same as a document with different substrates.

Today it may surprise us, but centuries ago, when it was not so easy to have the necessary materials to capture ideas in writing, scribes used to scrape old texts to reuse the parchment. Old (old) school stuff. The million dollar question with the codex of the Santa Catalina Monastery, in the Sinai Peninsula, was: What was it hiding?

To resolve the doubts once and for all, the Museum of the Bible —based in Washington—, owner of a good part of the 146 pages of the manuscript, decided to subject it to a careful analysis. For years he took multispectral images to decipher traces of ink that the human eye cannot see with the naked eye and sent the document to Tyndale House in Cambridge. The goal: to discover the hidden layer of text, probably, they believed, more biblical or theological texts.

“Between 2012 and 2016, teams of summer interns worked hard to unravel what had been erased,” explains Tyndale House. Over time, the experts realized that the content could be much more interesting than they had originally imagined. In 2012 one of the students of the biblical scholar Peter Williams, from the University of Cambridge, had already detected among the material a passage written in Greek and attributed to the astronomer Eratosthenes.

Determined to pull the thread in 2017, the experts re-examined the pages with state-of-the-art multispectral technology and deployed all the resources at their disposal. Specialists from California and New York took 42 photographs of each page by subjecting them to different wavelengths of light. To search for the best frequency combinations, they also relied on algorithms. Everything to finally discover what those texts were that they carried centuries unread.

Discovery alert! 💫 Scholars have found the earliest known, scientifically precise star chart hidden in a medieval codex at Museum of the Bible.

What they discovered is that nine of the pages contained astronomical annotations that —precisely Nature—by radiocarbon dating and the style of writing they could be dated to the 5th or 6th centuries. Among the material were myths about the origin of the stars, part of a poem dealing with the constellations and… something more mysterious, three Greek letters with no apparent meaning.

Read:  This Xiami air fryer is the ideal purchase to save money and eat healthier (and we have found it at a very good price)

Williams was able to examine them carefully in 2021, during one of the confinements forced by the pandemic, and ended up concluding that what he had before his nose were coordinates, which led him to contact the historian Victor Gysembergh, from the French CNRS. “It was immediately clear that we had stellar coordinates. He was very excited, ”says the expert to Nature.

The passage in question was not particularly long, taking up a page or so, but it raised another much more interesting question: What was it showing?

After studying it, the experts concluded that it indicated the coordinates of the Corona Borealis constellation. And most importantly, they discovered clues that clearly point to Hipparchus, such as the way in which the data was presented and, most importantly, the actual measurements in the manuscript taking into account the movement of precession. The annotations coincide with those given when Hipparchus made the observations of him, more or less towards 129 BC

What scholars have just rescued from oblivion was, neither more nor less, than a part of the 6th century AD transcript from the stellar catalog prepared centuries before by Hipparchus. The find is extraordinary for several reasons. First, because specialists knew of its existence through references in other ancient texts and had been looking for it for centuries. Second, and essential, because it is believed to be the first known map of the night sky and a pioneering attempt to map it.

The document brings us closer to a key chapter in the history of science, when astronomers decided to go a little further and not just describe the patterns they saw in the sky. Hipparchus’ annotations reveal a desire to measure and predict them. In addition, the document allows us to better understand the work of Hipparchus and even that of other scientists, such as Ptolemy.

…discovered from an extraordinary waysay a version 2.0 of ‘The name of the Rose’.