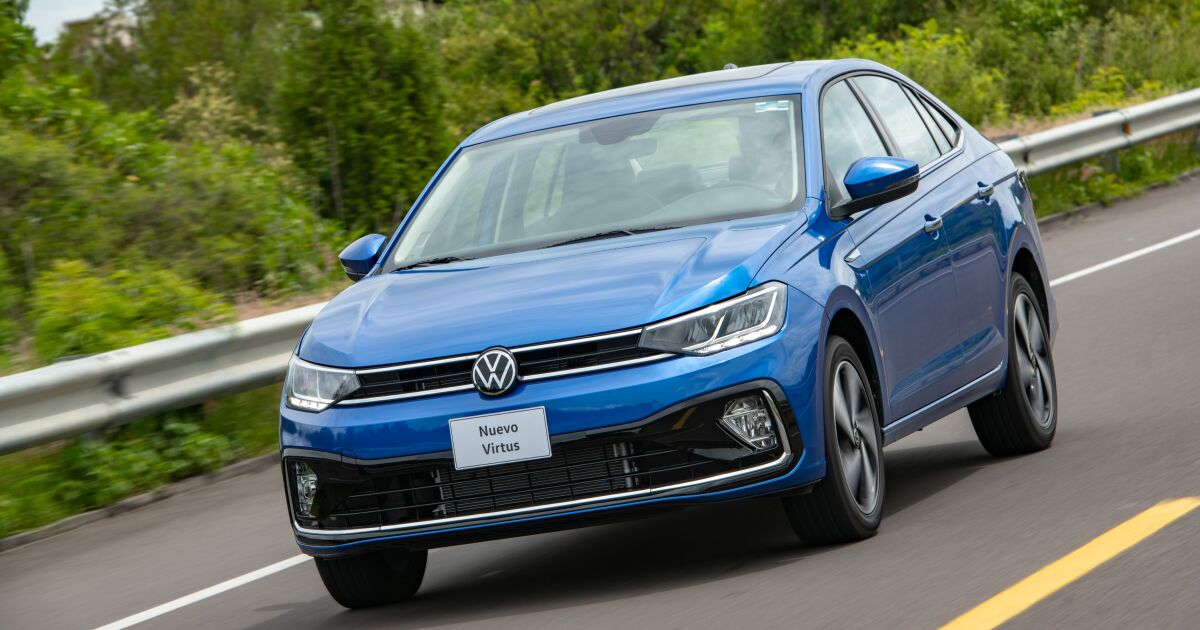 Price of the Volkswagen Virtus 2023

The gap left by Vento will seek to fill with the new versions of Virtus. While the discontinued model was available for less than 300,000 pesos, the entry version of Virtus starts at 324,990 pesos.

Alfonso Chiquini, Director of Marketing at Volkswagen, highlights that the updated prices of the Virtus versions are within the ranges of the segment, which is already between 300,000 and 400,000 pesos, in such a way that “The important thing here is where you want to play”, Add.

While other brands are focused on gaining more market share through basic versions, Volkswagen will bet on the middle and upper part of the segment with versions equipped and profitable.

The German manufacturer will take advantage of the Virtus update to add the 1.0-liter TSI turbo engine and 114 horsepower, to the offer. This new engine, available on other models such as the Nivus and T-Cross, will be mated to a six-speed Tiptronic transmission.

Both the Trendline and Comfortline versions will be offered with a 1.6-liter MSI engine with 110 horsepoweralso integrating a five-speed manual transmission or a six-speed Tiptronic transmission.

“Definitely the segment of sedans, which today represents one of every three cars sold in Mexico, is super important, it is a third of the entire market… It is not going against the current, it is the continuation of one of the most popular body types. preferred in the market”, said González.

Read:  the formidable film of a Marvel villain