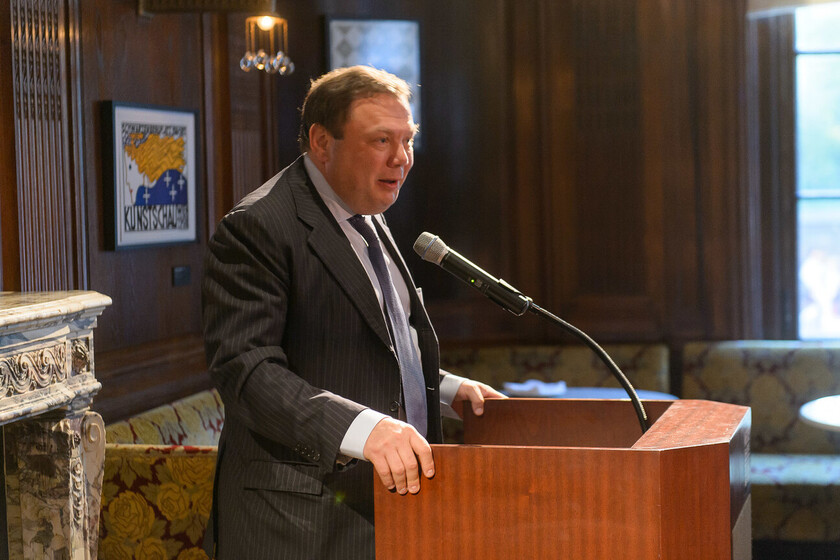 These are not good times for the Russian billionaire Michael Fridman, maximum shareholder of the Dia supermarkets, to whom a Ukrainian judge has confiscated his entire fortune, valued at around 400 million euros.

The news, according to information from the Ukrainian Prosecutor General’s Office, allows these assets to be seized, because these are securities in Cypriot companies that were in Ukraine. It is not the first blow for Friedman after Russia’s invasion of Ukraine, since he has already been sanctioned previously by the European Union.

Three keys to decipher the labeling of any food

In that first instance it was a response of the community entity to the Russian attack, but now it is going one step further, since it is about a confiscation of assets and its consequent paralysis.

In this sense, their British accounts were also frozen several months ago, also establishing a limit of monthly expense for Fridman of about 3,000 euros per month. Put in the sack of the Russian oligarchs on whom personal sanctions weigh, Friedman has recognized on several occasions that “personal sanctions against the oligarchs are not a precise instrument.”

Despite having positioned himself against a war that “must stop now”, as he told the economic newspaper Expansionthe Russian billionaire who took control of the Dia group in 2019, shortly before the pandemic broke out.

This freezing also involves paralyzing assets, but in no case do they imply an expropriation, a completely unexplored terrain by the sanctions carried out by the European Union, the United States or the United Kingdom, the three entities that have so far taken this type of measure.

In DAP | The rise and fall of DIA: an ode to the supermarket that changed Spanish shopping forever
In DAP | The war in Ukraine aggravates the crisis of DIA supermarkets: in three years almost 600 stores have been closed

How many days does gazpacho (or salmorejo) last in the fridge without spoiling, and how to extend its conservation

Javier Milei says that “CoinX is not a scam”, but users are still waiting for the money