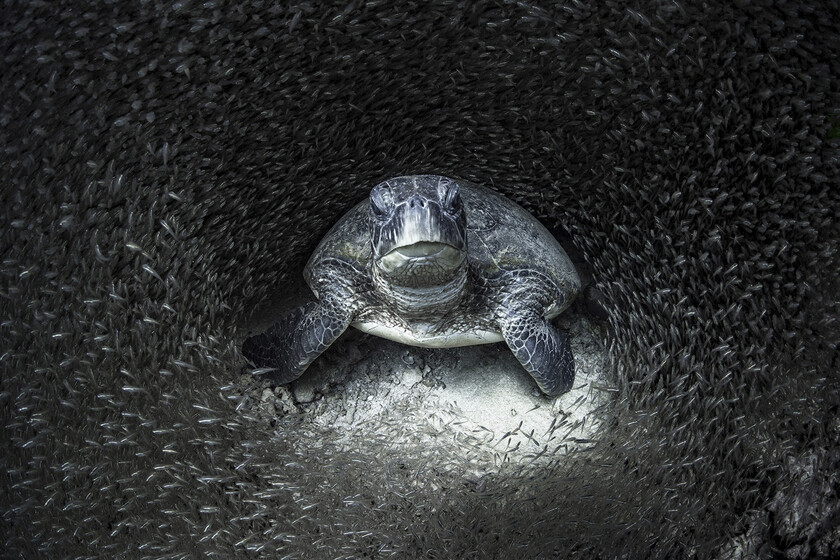 Undoubtedly, underwater photography is a genre that draws powerfully from anyone, since it allows us know a little more about the hidden beauty of seas and oceans. So it is not surprising that there are many amateurs and various photography contests; one of them that we did not know are the Ocean Photography Awards 2021 what do you expect “shed light on the beauty of the ocean and the threats that threaten it“and just announced the results of his contest this year.

It’s about the second edition of a contest that is organized by Oceanographic magazine, bimonthly and that deals with conservation, exploration and adventure around the oceans. This British publication also collaborates with various non-profit associations (to which it allocates part of its income) and is associated with SeaLegacy, a conservation society whose mission is to keep the ocean in good shape.

Being its second year it is not a contest as well known as others, but it has a juicy section of prizes with more than over £ 500,000 cash, prizes in kind (from brands specializing in diving and marine activities) and even the opportunity to do a one-year residency at the SeaLegacy Collective, a group of renowned photographers and filmmakers dedicated to documenting marine ecosystems and life at sea. water’s edge.

This year the biggest prize money, 2,500 pounds and the honor of being the Ocean Photographer of the Year 2021, the Australian photographer takes them Aimee Jan for the cover photo. An image showing a green sea turtle surrounded by glassfish that was caught off the Ningaloo Coast of Western Australia. A chosen image “among thousands of photos submitted from all over the world“and that was chosen unanimously by the seven judges of the contest.

In total they were six categories to contest, including a new one called ‘Female Fifty Fathoms‘and that is meant to reward “inspiring women engaged in ocean photography“An award that went to the North American photographer and biology professor Renee capozzola (which has already won this other contest of the genre).

All winning photos can be enjoyed in one free and open-air exhibition which is now open (until October 17, 2021) in the British capital, next to the famous Tower Bridge in London. We congratulate the winners and leave you with the photos of the winners in the different categories:

The Ocean Photographer of the Year Award:

Conservation Photographer of the Year Award:

Adventure Photographer of the Year Award:

Exploration Photographer of the Year Award:

Young Photographer of the Year Award:

Community Choice Award (from the public):

The Opel Astra 2022 arrives, radical change and more technology in the German compact