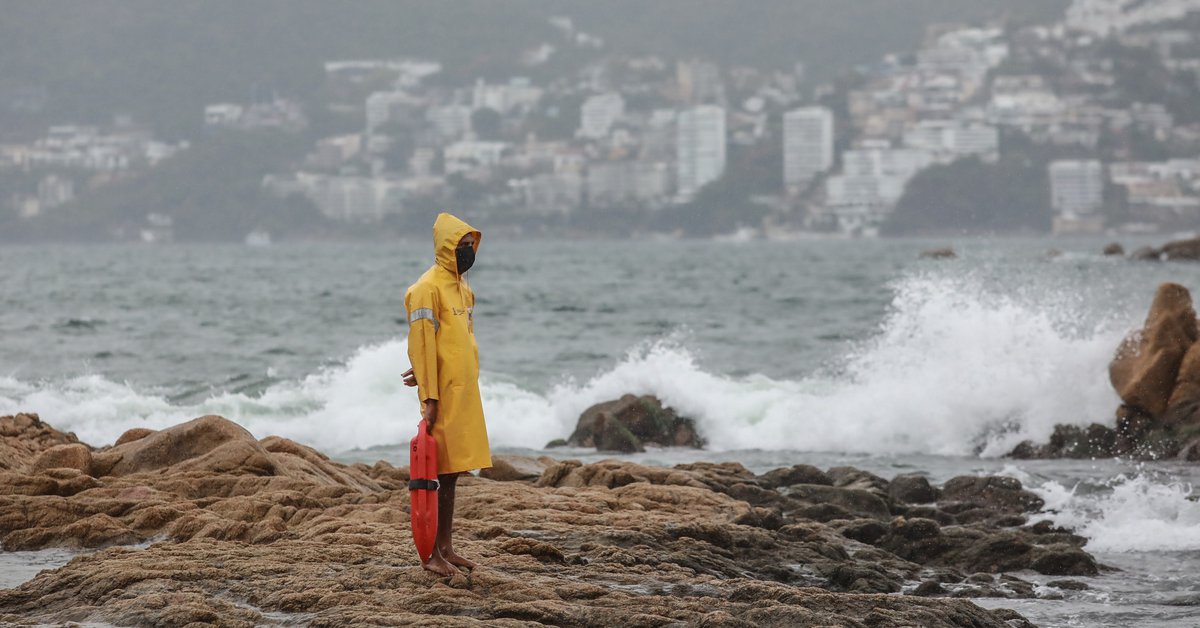 Tropical Storm Kevin it continues to advance through the Pacific Ocean and in the next few hours, it will affect the Baja California Peninsula.

The National Meteorological Service (SMN) reported through a statement that the center of the cyclone was located early this Monday, August 9 at 740 kilometers south of Cabo San Lucas. At the moment, it registers maximum sustained winds of 85 kilometers per hour, with more intense gusts that beat at 100 km / h.

In addition, the system will cause strong winds and adverse sea conditions.

“Its wide circulation will originate winds with gusts of 50 to 60 km / h and swells of 1 to 2 meters in height significant in the coasts of Baja California Sur, Jalisco and Colima”, Indicated the SMN in its report.

Last Sunday the climate agency reported that Kevin could become a hurricane today; however, it appears that it was a false alarm and that the system will stay like a storm until Friday, August 13, at which point it will degrade to a tropical depression.

If the cyclone meets the planned course, it will not make landfall in Baja California Sur, but will move through the sea, parallel to the coast of the Mexican peninsula.

This is the eleventh named system to form in the 2021 Pacific Ocean season, after tropical storms Andrés, Blanca, Carlos, Dolores, Guillermo, Ignacio, and Jimena, and hurricanes Enrique, Felicia, and Hilda.

The storm strengthens off the Mexican coast

Kevin is not the only system moving across the Pacific Ocean. The SMN reported that 480 kilometers south of Puerto Escondido, in Oaxaca, a low-pressure area is located that has gained strength in recent hours, and already has a 70% chance of becoming a tropical cyclone in 48 hours. and 90% of doing it in five days.

Read:  A new Fire Emblem would be revealed in tomorrow's Direct

Hurricane season 2021 in the Pacific Ocean

This year, the hurricane season in the Pacific began earlier than ever. Tropical storm Andrés formed on Sunday, May 9, off the coasts of Jalisco and Michoacán, and in doing so it broke a historical record, since never before, since there are records, had a system of that magnitude originated so soon in the northeastern part of this ocean. The previous record had been set by Tropical Storm Adrián, which emerged on May 10, 2017.

In addition, Andrés also anticipated the official start of the hurricane season in the Pacific, which begins each year on May 15 and ends on November 30.

According to the SMN, the following systems are expected in 2021:

“The future of Mexico, either we build it together… or we condemn ourselves to recycle hate”: Corral urged the opposition to dialogue with AMLO

Inflation in Mexico: prices rose in July well above the target

An earthquake of magnitude 4.7 was registered in Guerrero

Being late in paying your credit will be expensive in 2022

Mexico will compete in the FIFAe Nations Cup in Copenhagen, Denmark

Kavak expands outside of Latin America and arrives in Turkey

‘The miracle of P. Tinto’ or ‘Champions’?

Boris Johnson is on the tightrope by a wave of resignations

A growing trend in the ‘Real Estate’ market

Fortnite could have a collaboration with Dragon Ball Z