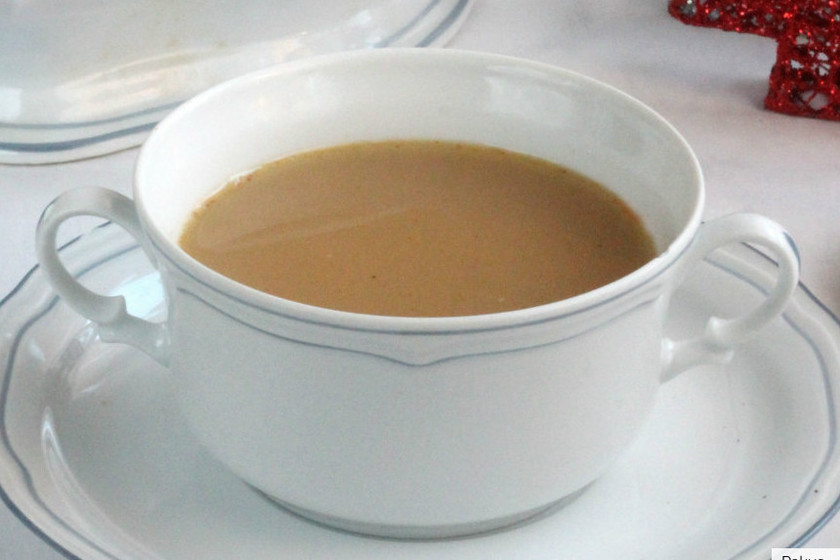 The process begins by preparing a broth, cooking the ham and beef bones, the veal, the chicken and the vegetables in 3 liters of cold water. At first, to help reach temperature, we can do it with the pan lid on but as soon as it starts to boilWe will lower the heat and remove the lid from the saucepan.

It is important to cook the broth over very low heat, just at the cooking limit so that it boils without making a lot of bubbles. In this way the broth will not be cloudy but transparent. At first, the bones and meat will release their foam and impurities that we will remove with a saucepan.

The total cooking time is similar to that of stew or other meat broths, around two hours doing it very slowly. I do not recommend doing it in this case in the express pot Well, it is much more cloudy and then you will have to clarify it.

When the broth is finished, and all the meat has left its flavor in the water, we remove the solid ingredients and strain the broth through a cheesecloth or a very fine strainer so that no impurities pass through. Then we degrease it, letting it cool down to remove the layer of fat that will solidify on the surface.

Then we reduce the broth in a saucepan, so that it is consumed until it remains in half its volume, being ready to taste. That’s when we taste it and adjust the salt, since if we added it at the beginning, reducing the consommé would make it salty.