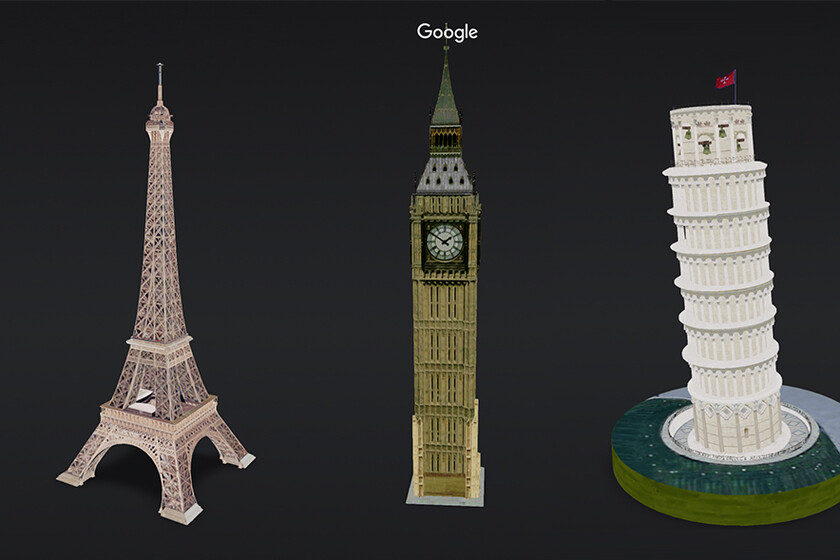 A couple of years ago the augmented reality came to the search engine Google. First they launched the popular 3D animals, then the dinosaurs, cars or athletes from the past Olympic Games, among other objects that we can add in our living room and view from any angle with the camera of our compatible mobile device.

With the new feature of ** Google Search ** it is no longer necessary to install Google Earth to see in 3D some of the most important monuments in the world. Now from the search itself we can see in 3D and in augmented reality more than 90 monuments.

The 91 monuments in 3D from Google

Specifically, in the Spanish version of the search engine we see how we now have access to 91 monuments in 3D which include the Alhambra, the Sagrada Familia, Big Ben, the Eiffel Tower or the Parthenon, among other very touristy monuments.

Below we leave you with the complete list of monuments that Google Search in Spanish is currently able to show us in 3D, but it is expected that Google will gradually add more monuments:

When searching for the name of a monument, among its search results we will see the card 3D model that allows us to see the monument in 3D. Then we can see that monument in augmented reality by clicking on “See in your space” or access the complete list of monuments by displaying the lower menu “More monuments”.

Google Augmented Reality is only supported on ARCore-enabled devices. Currently most of the devices that have been launched in the last year are compatible with this technology.

The LADA Niva 2024, more SUV than SUV, Dacia genes and secrets to be solved

This is the last look with which Rihanna has surprised us