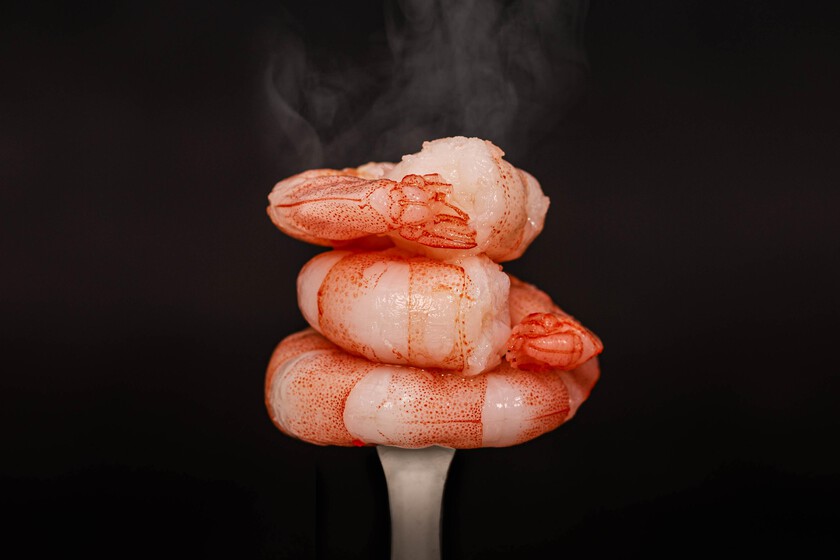 The Palamós prawn (Aristeus antennatus) it’s a gourmet product emblem of the Costa Brava. The quality of this crustacean, of great gastronomic interest in the western Mediterranean, is also the main resource of the local economy of the Palamós Fishermen’s Association.

In Catalonia, prawns have great commercial value and it is in Palamós and in the neighboring town of Calonge where the main red shrimp ports of the entire Mediterranean are located. This brotherhood generates between three and five million euros a year.

Delicious recipes can be made with Palamós prawns. Its presence in any dish is enriching by itself, but among the most outstanding is its elaboration in suquet, in tartar and in cream.

With a powerful aroma, this red prawn stands out from the others for its sweet and strong taste, and its reddish appearancewhich once cooked takes on bright tones, especially when grilled.

According to the Gamba de Palamós distributors, this is a crustacean extracted by local fishermen from its hiding place along the La Fonera canyon, a “spectacular underwater valley”about 50 kilometers long and 2,000 meters deep.

This cannon starts three miles from Cape San Sebastian, on the iconic jagged coastline of the Costa Brava. In this canyon is the marine fauna and flora (especially algae and minerals) that serve as food for the famous red shrimp.

Shrimp fishing grounds are found throughout the canyon, and fishing fleets move daily to these spaces, where they drag their nets along the edges and walls of the valley. Now, an increasingly advanced technology allows to know in a more precise way the situation of the crustaceans, which are located on slopes with inclinations of up to 35 degrees.

This underwater region has been the object of study on several occasions in order to understand its dynamics. The commercial fishing of this shrimp has taken place since 1930According to legend, they were fishermen from the south of Catalonia, Ametlla de Mar, who brought the trawling technique to Palamós.

Currently, fishing for this crustacean occupies, according to the Gamba de Palamós distribution company, a total of 17 boats “almost exclusively”. All this history can be discovered in the local Fishing Museum.

When the prawns are already on board these boats, the prawn specimens are selected based on four sizes: small, medium, large and extra.

When they arrive at the port, they are auctioned at the fish market and quickly distributed in markets around the world, “from local fishmongers to gourmet shops from countries in Europe, Asia and America, including the most exclusive restaurants”, they indicate.

This fishing each year tries to be more sustainable through the implementation of technical improvements. Added to the exploitation of the submarine bottom is the fact that more or less every six to eleven years there is a shrimp shortage not due to human action.

Specifically, this is due to the phenomenon of “underwater waterfalls”which they describe as “very strong and fast currents of cold water generated by the action of the wind in the Gulf of León that are channeled through the valleys of the submarine canyons in the area, dragging the shrimp very deep, where the fishing nets the fishermen do not arrive”, they detail.

And, contrary to what it may seem, this is not bad news, but rather, as detailed, this phenomenon acts as a natural ban that reinforces recruitment and helps alleviate overexploitation.

Precisely, aware of the need to maintain the balance of the area, the fishermen of Palamós work hand in hand with the administration at different levels and with the scientific community to be able to ensure that measures are implemented to ensure the future of this resource fishing. The result is a red shrimp management plan, pioneering in that it is the first initiative designed by the local fishermen themselves with the support of administrations and scientists.

The quality of this product is guaranteed by the Palamós City Council and the Palamós Fishermen’s Association, which in 2007 promoted the creation of the Gamba de Palamós Guarantee Mark “with the aim of ensuring the traceability of the product, increasing consumer confidence, increasing the value of the shrimp and protecting the resource”. This brand tries to guarantee the highest quality in terms of flavour, aroma, appearance and freshness throughout the entire production and commercial chain.

The restaurants where to try it

The Palamós prawn is found in the most prominent places on the Costa Brava, but also in the kitchens of the best chefs in Barcelona. Among the restaurants where you can try it are:

With more than 30 years of experience, Can Blau is one of the leading restaurants in fish cuisine in Palamós. Its stars are the rice casserole, the preparation of the Palamós prawn and the fisherman’s soup with this ingredient.

Located in the same town of Palamós, this restaurant specializes in fish and shellfish and apart from basing its offer on seafood, it stands out for the proximity of its service.

Saleo Palamós is a restaurant dedicated to tapas, fish and rice dishes, all accompanied by beautiful views of the bay of Palamós and its fishing port.

With the expertise of Nandu Jubany at the helm, this renowned restaurant offers avant-garde and very risky cuisine that always ends up hitting the spot. His experimentation with the Palamós prawn is surprising.

With a Michelin star, the Massana Restaurant in Girona promotes its commitment to local cuisine based on the roots of tradition and the nature of each product, including the Palamós prawn.

Images | Rainer Lieverscheidt/Pixabay, Mark Stebnicki/Pexels, Nadin Sh/Pexels, Victoria Bowers/Pexels, Terje Sollie/Pexels, Dana Tentis/Pexels, Roman Odintsov/Pexels, Wewe yang/Pexels, and John Cahil Rom/Pexels
In DAP | How to identify the true red shrimp, the queen of Spanish crustaceans, and where to eat the best
In DAP | How to live the adventure of bathing with tuna in the heart of the Mediterranean and five restaurants to taste its delicious meat

what is it for and how to do it right