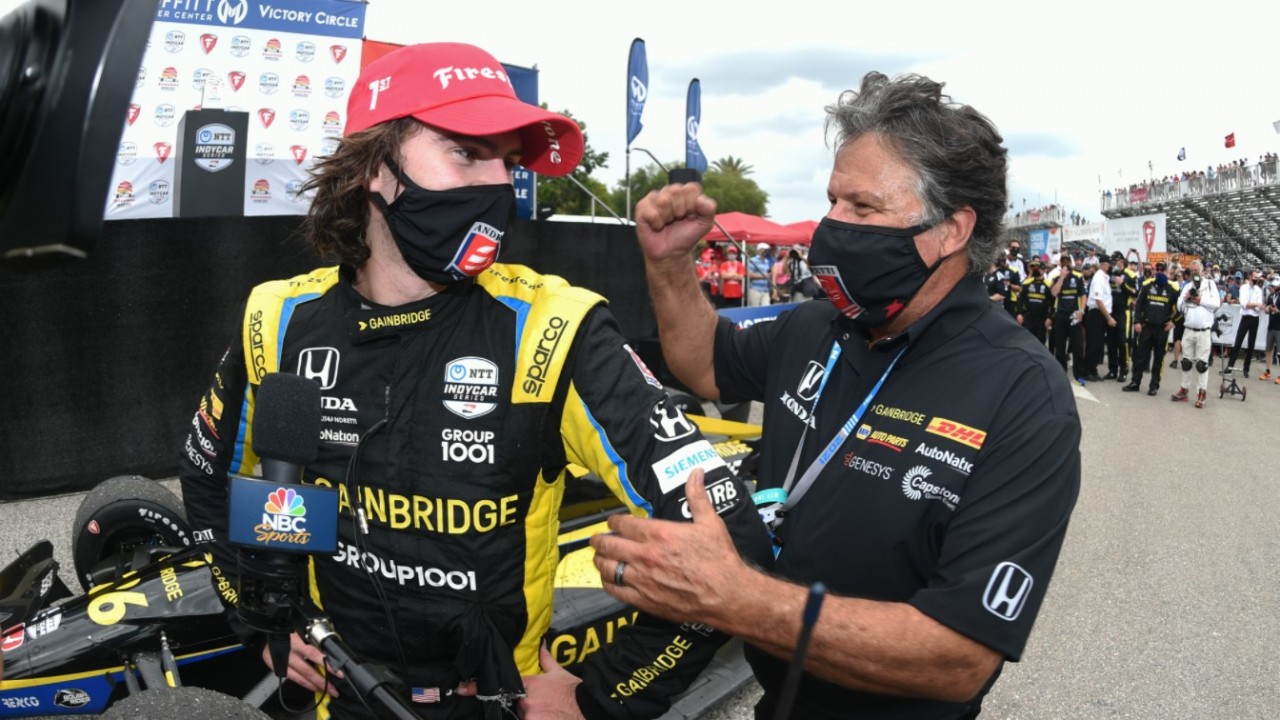 At the end of August, the information that pointed to an interest of Michael Andretti to venture into the world of Formula 1 as a team owner with an existing slot. The owner of Andretti Autosport, the successful IndyCar formation he has owned since 2003, acknowledged in later days that he would love to take on such an adventure, but that “no equipment is for sale” and that any information about an imminent agreement had been “enormously exaggerated. A month and a half later, those conversations seem to be much more advanced and aimed at a fruitful result.

According to information revealed by the journalist and former Peruvian pilot Jorge Koechlin, who has great contacts in the United States, Andretti would be very close to take control of 80% of Islero Investments, a subsidiary company with which the Longbow Finance investment fund manages the commercial and sports activities of Sauber motorsports since he bought the equipment in 2016. This operation, which has been echoed by multiple international media, and whose amount would be estimated at 350 million euros according to Dieter Rencken on the portal Racefans, would give Andretti the effective control of the Formula 1 team, known since 2019 as Alfa Romeo F1 Team after the sponsorship and cooperation agreement reached with the Italian company.

For now, the parties involved publicly wash their hands. Fred Vasseur, Alfa Romeo team manager and director at Islero Investments, assured that “I cannot say anything, because it is not within my perimeter. These kinds of discussions are not with me, but with the shareholders. There are so many rumors about it that they should be asked that question. ” For its part, Andretti Autosport’s official position has not changed: “Racing in F1 has been in the interest of Michael and the team for a long time, and we have explored many options over the years, but we have nothing new to communicate. . If the right opportunity arose to bring the Andretti name back to Formula 1, we would seize it, but for now that opportunity has not fallen into our hands, and our focus continues to be the seven disciplines in which we compete.

Some information even suggests that the agreement could be closed in the next two weeks, overlooking an advertisement on the Circuit of the Americas during the United States Grand Prix which will take place on October 24. Although this operation would not necessarily have to imply a name change in Sauber or in the Alfa Romeo team (whose cooperation agreement is reviewed annually), it would be another sign of the strengthened American presence in the category since the acquisition of Liberty Media. This country will have a second race in 2022 with the Miami Grand Prix, the audiences there have risen considerably thanks to the successful docurreidad ‘Drive to Survive’, more and more sponsors come from Wall Street, and have a second team of American capital together a Haas F1 would be the next step.

Index hide
1 Colton Herta, the American ingredient that is missing in F1
1.1 Mario Andretti advocates Colton Herta for F1: “Someone like this comes out every 35 years”

Colton Herta, the American ingredient that is missing in F1

The only thing missing to consolidate this renewed presence would be the participation of an American pilot, and this association would have the potential to open the doors wide for one of the most coveted prospects in the country, Colton Herta. The Californian driver, just 21 years old, already has three seasons of experience in an IndyCar Series where he has been the fastest driver on permanent or urban circuits for two years, with six total victories to his credit. Riding for Andretti Autosport, Herta finished third overall last year, and this season only managed to be fifth after suffering from various mechanical problems and a few incidents. All in all, he managed authoritarian victories in St. Petersburg, Laguna Seca and Long Beach, where he came back from 14th, while his three teammates only accumulated two podiums in total.

Read:  Fernando Alonso, or when you are so good that you leave the engineers looking like idiots

Herta was present in the European promotion formulas in 2015 and 2016 with good results despite her young age, never disgusted a Formula 1 adventure if the right opportunity arose with a competitive car, and was nominated by Mario Andretti himself as “someone who only leaves every 35 years”, but multiple obstacles had placed this option in the terrain of improbability: the few free seats, even for the young talents of the official ladder that F1 teams prioritize, the insufficient results of the last drivers to cross the pond (the last being Sébastien Bourdais more than 12 years ago) and, finally, insufficient accumulation of Super License points, counting with 32 of the 40 necessary for such a company.

However, Andretti’s possible entry into the world could be an optimal boost based on several indicators. Its main sponsor at IndyCar is Gainbridge, the trademark of Group One Thousand One insurer, with more than $ 37 billion in assets. This company, which entered IndyCar as a sponsor of Zach Veach in 2018, has significantly increased its involvement to be the main sponsor of the Indianapolis 500, and just two weeks ago it signed an agreement to name the Fieldhouse, the stadium of the Indiana NBA Pacers in a multi-million dollar deal. For such a company, firmly associated with Andretti and Herta, the opportunity to appear in the Formula 1 showcase it could be irresistible, and the August reports already pointed to that possible implication.

Mario Andretti advocates Colton Herta for F1: “Someone like this comes out every 35 years”

In turn, play the fact that Alfa Romeo has not yet confirmed who will be the companion of the incorporated Valtteri Bottas in 2022 after the retirement of Kimi Räikkönen, a shortlist in which Antonio Giovinazzi, Guanyu Zhou and Oscar Piastri appear. The Brazilian media Diariomotorsport even assures that Herta would be an Alfa Romeo driver in 2022 if this agreement comes to fruition. Nevertheless, It seems difficult for such a movement to prosper until 2023, given the unknown of the performance of the car next year and the aforementioned problem of the Superlicense.

At the moment, it is unknown if this company plays any role in this adventure or in that of the Andretti Acquisition Corporation, a company founded earlier this year with the intention of raising $ 250 million through a public bond offering and thus listing on the New York Stock Exchange. A spokesperson for the same company has denied Racefans any involvement, but it is obvious that no one would acknowledge something like this before it was signed … Be that as it may, this book still has many chapters to write, but the river sounds too much not to carry water at this point.

The Drakania class joins the cast of Black Desert Mobile

They compare the performance of F1 22 on Xbox Series X | S, PlayStation 5 and PC