The last confrontation between India and China has been with batons and brass knuckles. are legally bound 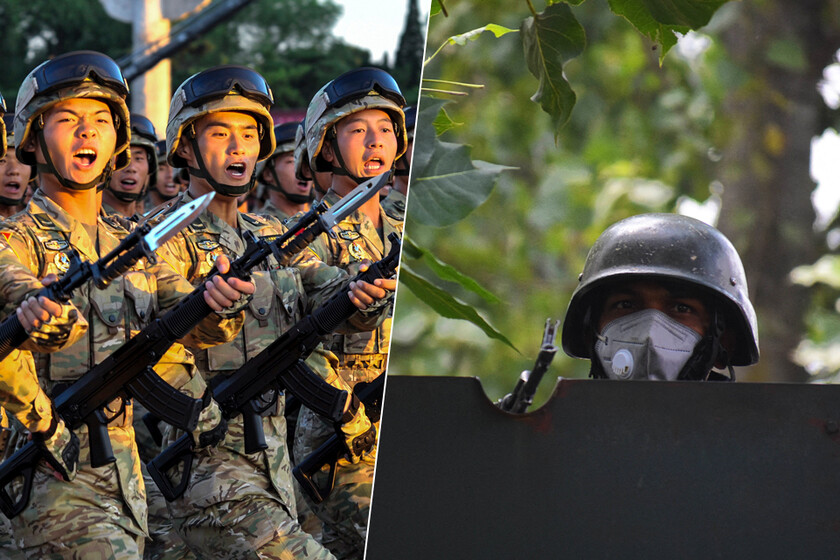 On Friday, December 9, while the rest of the world was on its own, two nuclear powers clashed in the Himalayas. More than 200 Chinese soldiers crossed the Indian border in Tawang district (Arunachal Pradesh) armed with spiked batons, monkey fists and tasers.

There, about 50 Indian soldiers were waiting for them, who managed to contain them (first with stones and then with punches and kicks) until reinforcements arrived and the Chinese troops withdrew beyond the border. It seems like the plot of an absurd humor sketch, but no. It has its explanation.

A very serious conflict that looks like a vaudeville. As Shashank Joshi wrote, defense editor of The Economist, “this would be the biggest Sino-Indian standoff since Galwan in 2020.” This is not anecdotal. China and India have been fighting for the same piece of land for half a century and in recent years the entire border has become a powder keg.

But there’s something that’s holding back the escalation. Surprisingly, too. Because the key question in this whole story is why the Chinese soldiers carried sticks and monkey fists and why the Indian soldiers stoned them. To understand it we have to go back to 1996.

Quick map highlighting the area of ​​fresh border clashes between #India & #Chinainjuries are being reported on both sides, both countries have been in a military deadlock since 2020 pic.twitter.com/wqvVowU9J4

nineteen ninety six? That year, China and India signed a treaty not to use weapons on the Himalayan borders due to the risk of weapons freezes. “Neither party will open fire […] or hunt with weapons and explosives within two kilometers of the LAC.” That is, from the Line of Actual Control: the effective border between China, India and Pakistan.

The idea behind the treaty is that the climatic conditions of that area of ​​the world pushed conventional weapons to the limit and that exposed both parties to accidents that could cause a war between the two most populous countries on Earth. Accidents or other things, of course.

What separates us from the great asian war. Because as tempers have been heating up, the news of scuffles on the border are common. It is estimated that the Chinese Army is around two million people and that of India is around a million and a half: clearly, it is very difficult to control phenomena like the one at hand. What is such a skirmish in the general security context of the region? Little thing.

And, in that sense, the arms ban treaty is excellent news because, after all, it is working. First of all, because very recently we saw how a stray missile hit Poland and put NATO in a very delicate situation. And, secondly, because it gives us one of the most lysergic images of this December: a bunch of soldiers hitting each other with junk in one of the hottest areas on the planet.