The iPad has a keyboard with a trackpad, but it is still tied to the original Apple Pencil 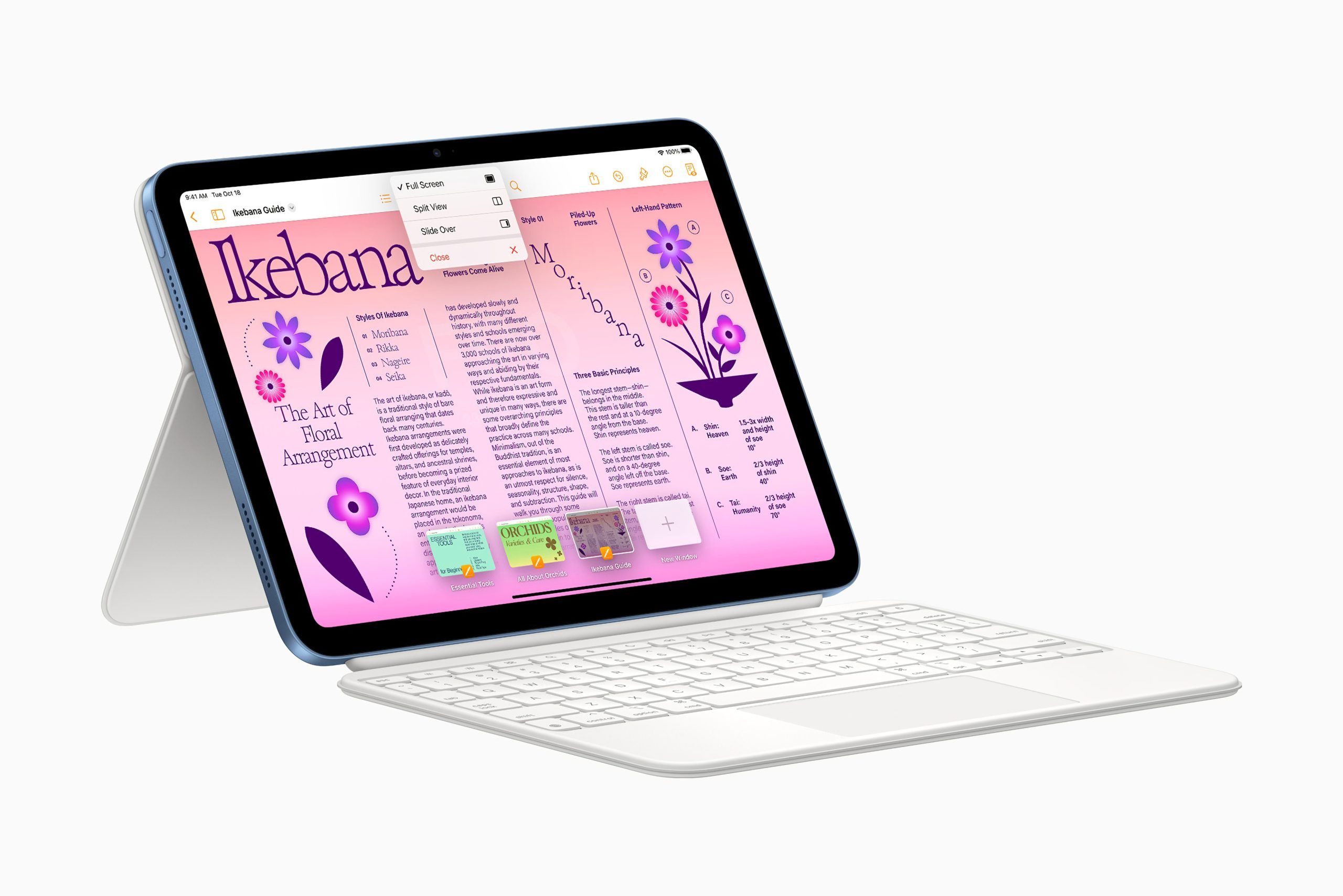 The iPad Basic has received a well-deserved update with the launch of a version with a 10.9-inch screen, a renewed design in line with that of its older brothers, a USB-C port and several features. Another pleasant novelty has been the introduction of a new keyboard with trackpad, baptized Magic Keyboard Folio. But the striking fact -and even disappointing- is that remains compatible only with the first generation Apple Pencil.

Let’s go by parts. The new Magic Keyboard Folio is presented as the ideal companion for the new tenth generation iPad. This is because it finally gives the entry level tablet access to some of the features most required by users of previous versions. The most important, without a doubt, is support for multi-touch gestures that are crucial to the browsing experience.

Going forward, base iPad users will be able to take advantage of the trackpad to easily move the cursor or do scrolling, “click” and swipe. Also, includes 14 function keys that allow quick access to everyday options, such as adjusting the screen brightness or volume. But that’s not all because, as it connects with magnetic pins, it does not require pairing or power recharging. And the best thing is that it can be folded behind the tablet to use it as a cover.

Certainly a huge improvement over the Smart Keyboard supported by previous generations of iPad. However, it also comes at a not too cheap price. The Magic Keyboard Folio will be available in the United States in exchange for $249while in Spain it will cost €299. It will only be available in white.

If you were excited that the basic iPad would finally make the leap in compatibility to the Apple Pencil 2, we have bad news. The renewed model it continues to work only with the first generation of the stylus pen developed by those from Cupertinowhich brings with it some cons.

The most notorious is that, since it does not have support for wireless magnetic charging, the charging of the Apple Pencil must be done in another way. But since the new iPad no longer has a Lightning port, but a USB-C, it is not possible to recharge it directly from it. For this reason, Apple has launched a new accessory called USB-C to Apple Pencil Adapter, which also serves to link it to the tablet. But of course you will have to buy it separately.

If you already have a first-generation Apple Pencil and buy the new entry-level iPad, you can get the adapter for just 9 dollars in the United States or 10 euros in Spain. But those from Cupertino also announced that, from now on, the original version of their stylus will include the accessory inside the box, and will be available in exchange for $99 either €119.