the history of the style of beer that conquered the world 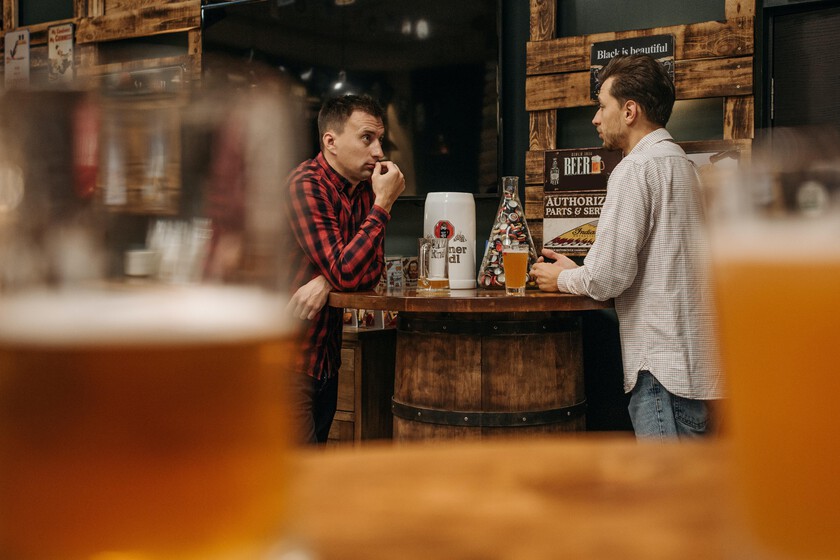 The world of beer is wide like few others. Throughout the world there are hundreds or thousands of different types of beers. Every country has a beer culture and, more in depth, each region or city understands this sacred drink in its own way, producing its beers with different characteristics.

It is true that, as happens with wine, groups can be made according to common characteristics. It is precisely here that what is now one of the most valued and consumed beers in the world has stood out in recent years: lager beer.

From German lagern‘store’ (and its derived noun, das Lager‘warehouse’ or ‘warehouse’), the origin of the term must be sought in the production of Bavarian beer around the fifteenth century, when they were stored in cellars and cellars to keep them.

This beer is characterized by its clean and crystalline color, which is also reflected in the flavor

These beers are characterized by the use of yeast Saccharomyces pastorianus, which ferments at low temperatures (no more than 10-13ºC) and also remains at the bottom of the tank. they need mature at a low temperature and stable between two and six months, normally three, before being bottled and consumed.

This beer is characterized by its clean and crystal clear color, which is also reflected in the taste. This is produced thanks to its fermentation, carried out low temperatures at the bottom of the fermenter with a very specific type of yeast. In this way, the yeast is kept in the lower part of the container and, when filtering it, it comes out much cleaner.

Although there are many types of lager, they are generally fresher beers with clean flavors and aromas, since solids settle to the bottom. They must be served cold and are the most typical throughout central Europe. The clearest and cleanest are pale lagers. which are usually the most popular and widespread, fresh and low-grade.

There are four kinds of Lager which are: pale, pilsen, amber and dark/bock. This order is not by chance, since it goes in increasing order of alcohol percentage. In addition, it also increases the darkness of the drink, the intensity and nuances of the flavors.

Pale lagers are the most common in most European countries, but also in America.

The pale lagers They are the most common in most European countries, but also in America. The pilsen has its origin in the homonymous city of Czech Republic, being from that country. For its part, amber is the best known in Germany, where it comes from. The most intense, the bock, also usually comes from Germany.

Read:  How to travel in style on your honeymoon

Although the name of lager, as we have seen before, comes from Germany, in our nearest supermarket and on the Internet we can easily find many brands that we know and that serve this type of product for you to enjoy at home.

This brand is one of the most special to be found on this list. El Águila beer belongs to the group of lagers, although it also adds the absence of filtering. This means there is yeast suspended in the beer and you just have to swirl the bottle before you consume it. Get your batch of four boxes of six bottles for 21.66 euros on Amazon.

The Coors brand is one of the best known in North America and one of the most consumed Lagers in the world. As its motto says, it is as cold as the Rockies. A complete declaration of intent that is confirmed with a unique stamp, since the mountain that serves as the design of the cans turns blue when the drink reaches the optimum temperature. Get a batch of 24 cans for 27.50 euros on Amazon.

The Peninsula brewery is pure United States. It unites the experiences of its creators in Colorado with the work of its headquarters in California. His is a Lager with a lot of character and body, so you can enjoy it anytime, anywhere as if you were in the Grand Canyon. You can buy your cans for 2.99 euros on Amazon.

Not only in Germany are there dark lager beers. Mahou offers this impressive Maestra Dunkel, a beer brewed in the German style using a single triple tempering. Its flavor is very interesting, in addition to having composure in the drink. The bottle is a sample of the power of this drink, whose units you can buy on Amazon for 31 euros.

Doomsday Glacier: What is it and how could it reshape the geography of the world?