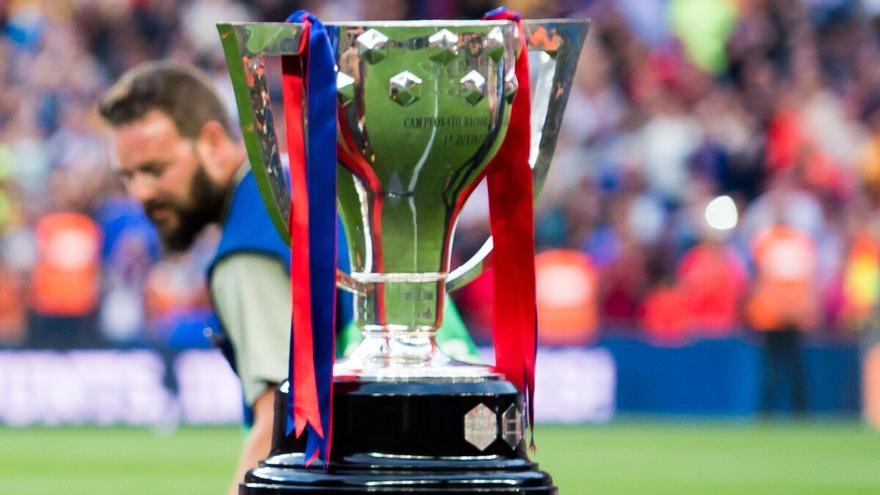 After suffering the unspeakable to get the three points against Athletic Bilbao, Sevilla remained with the second position in the League and also rose as second favorite to the title after Real Madrid. The whites beat Atlético de Madrid 2-0, consolidating themselves as the hegemonic team so far in the competition, surpassing the Andalusians by eight points, the rojiblancos by 13 and a Barcelona that is completely ruled out of the fight by 18.

The madridista title is paid at the paltry figure of [1.07], while the final triumph of Julen Lopetegui’s men is presented to us at a quota [14.00] for the [15.00] of Atlético de Madrid and the [101.00] of the Barça. The team led by Carlo Ancelotti is in the running for a league title after reaping its tenth consecutive win.

Sevilla, for their part, will play a large part of their options to continue aspiring to the title next week in their confrontation with Atlético de Madrid at the Ramón Sánchez Pizjuan. We will surely see a great show with both teams not playing during the week for the first time in a long time and being able to prepare for that game that may be crucial for the future of the League. Real Madrid, meanwhile, will host a Cádiz in free fall with three consecutive defeats and in relegation places, being able to increase their income even more.

In the long-term odds of the League, we find that the people of Cadiz are the main favorites to lose the category, paying for their fall to Second A [1.36]. It also seems interesting to us to see that a ‘classic’ of the last decade in the Primera such as Getafe is at odds [1.83] to fall into the abyss. The fight for the relegation is going to be the most even with up to five teams involved in the ointment.

In the European positions we see that the quotas still believe in the resurrection of Barça achieving their goal of finishing in the top four by quota [1.73]. It must be remembered that the Catalans are five points away from an Atlético that closes those positions where a Betis has unexpectedly sneaked in, adding four consecutive wins, including one at the Camp Nou. If we believe in a collapse of those of Simeone staying out of the Champions League, the quotas are also well appreciated [3.50]. We have not even finished the first round of the League and we can say without fear of being wrong that we have had one of the most surprising in recent times. When everything pointed to equality, Real Madrid has gone off like a geyser.