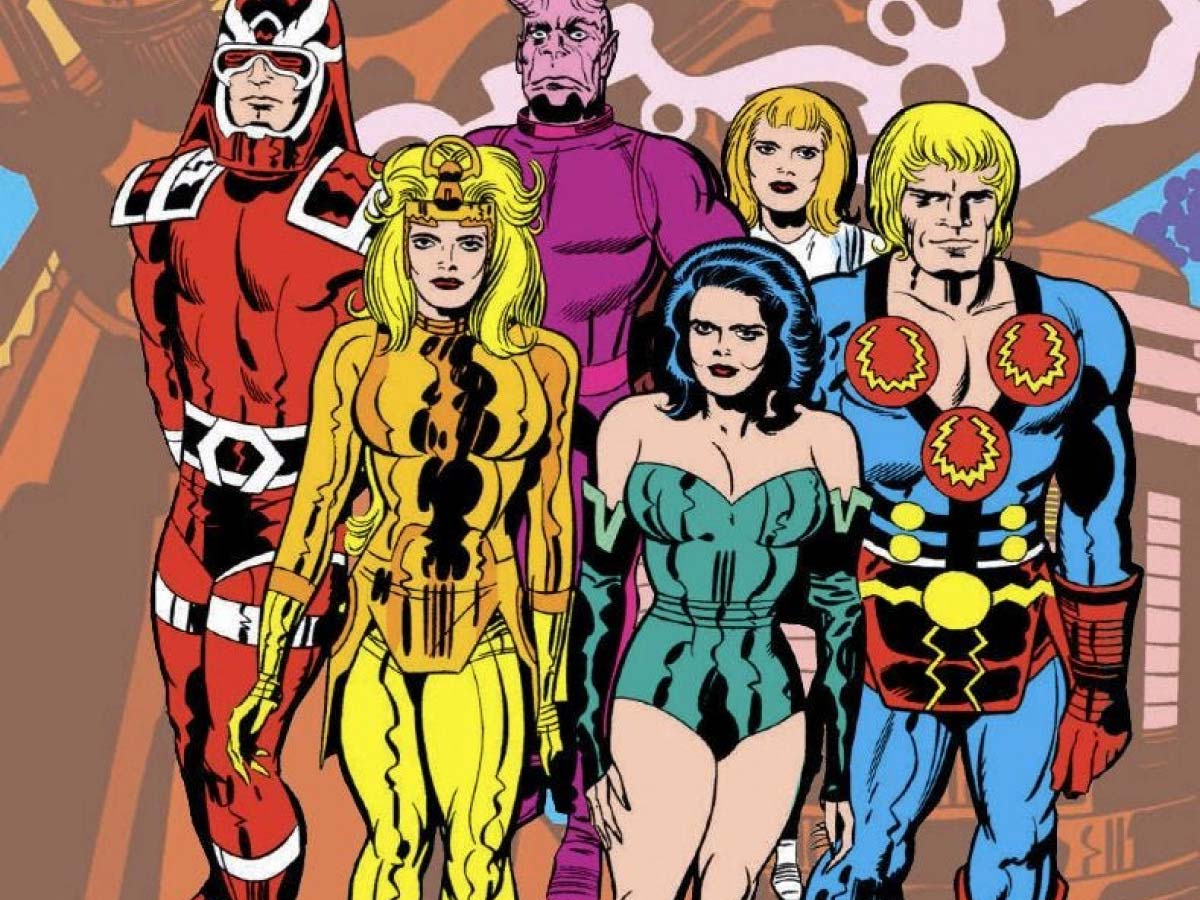 Jack Kirby, “The king”. Full author on his return to Marvel in the mid-1970s. He still had many stories to tell and even one last stellar creation to offer. Panini comics start collecting the most important stories of Los Eternos in hardcover volumes that should not be missing from your collection.

Jack Kirby had spent a full five years in the Distinguished Competition before returning to The House of Ideas to take full control of his creations from that moment on. He had not lost that touch of the classic in his drawing nor was he going to add a touch of modernity to his writing, full of supporting texts. What is undoubted is his ability to imagine and capture characters that leave an imperishable mark, not only with the race of Los Eternos but also that he would present an element as recognized today as the Celestials, in all its greatness from the first cartoon in which we saw Arishem, leader of the Fourth Heavenly Host.

To give entity to The Eternals, Kirby was associating them with characters from Greek mythology and their continuity in Roman mythology. Without neglecting the possible existence of myths, he places Ikaris as the progenitor of Icarus, Sersi as the witch Circe, Thena mistaken for Athena or Makkarri for Mercury, among many other examples. It even grants them a hidden city on top of a mountain, Olympia, as if it were Olympus. And to top it off we have the leader of the eternal race, Zuras, as if Zeus himself were represented in his figure.

In the beginning three races arose

The first visit of the Celestials to Earth with the First Host, left us the creation of three races that were derived from a single primal primates. The Eternals, beings mistaken for gods because of their perfection and power, the Humans, a category that encompasses most of the planet’s population, and the Deviants, a race whose genetics is very unstable and gives rise to monstrous-looking beings. History has been positioning them in different sides and roles as the Celestials continued to visit Earth to judge it.

The Eternals have been postulated as those who must contain the expansion of the Deviants and therefore do not belong to the public sphere of society, they remain hidden until it is entirely necessary for them to intervene in favor of ordinary humans. Thanks to their appearance they have been able to coexist among men without being noticed and therefore have been part of the legends over the years, mainly due to the circumstance that gives them their name, The Eternal cannot die.

Jack Kirby embarks them on a river-story that not only will reveal the secrets for so long kept, it will develop each character to give it a life of its own, with male protagonists who are heroes in their entirety and independent and strong women. that they do not obey sexist precepts. Both Thena and Sersi represent examples of women who know what they want and are not bound by patriarchal conventions when making the right decisions for their happiness and personal development.

The author also drags us on a precept that does not stop at any time, the sword of Damocles that hangs over the heads of the protagonists, the trial of Los Celestiales that is being carried out and threatens at every moment to demolish everything that it has been built over the centuries. It is a threat greater than any of those that arises from the depths of Lemuria or those that humans themselves can contribute in the form of nuclear weapons, which would devastate the life of the planet.

Kirby had opened the box of thunder. Perhaps it was not the series with the most original script or the most modern drawing, but without a doubt it was a story that presented a whole new fictional cosmos that was going to mark a before and after in the Marvel Universe. At first they stayed away from the rest of the superheroes, despite the winks, but it was something that sooner rather than later was going to change. This volume is the beginning of what we need to know to face with better guarantees the premiere of the future film Los Eternos, which will hit our theaters on November 5.

Los Eternos 01 Collection. The Day of the Gods

Description : The first of the two volumes that will compile the King of Comics masterpiece. There was a time when the gods walked the face of the Earth. Now, they have returned. Jack Kirby reveals the secret history of the Marvel Universe and of two hidden races vying to inherit Earth: The Eternals and their dark counterpart, The Deviants.

This is the cheapest and best fitting shaping swimsuit from the Women’ secret summer sale.