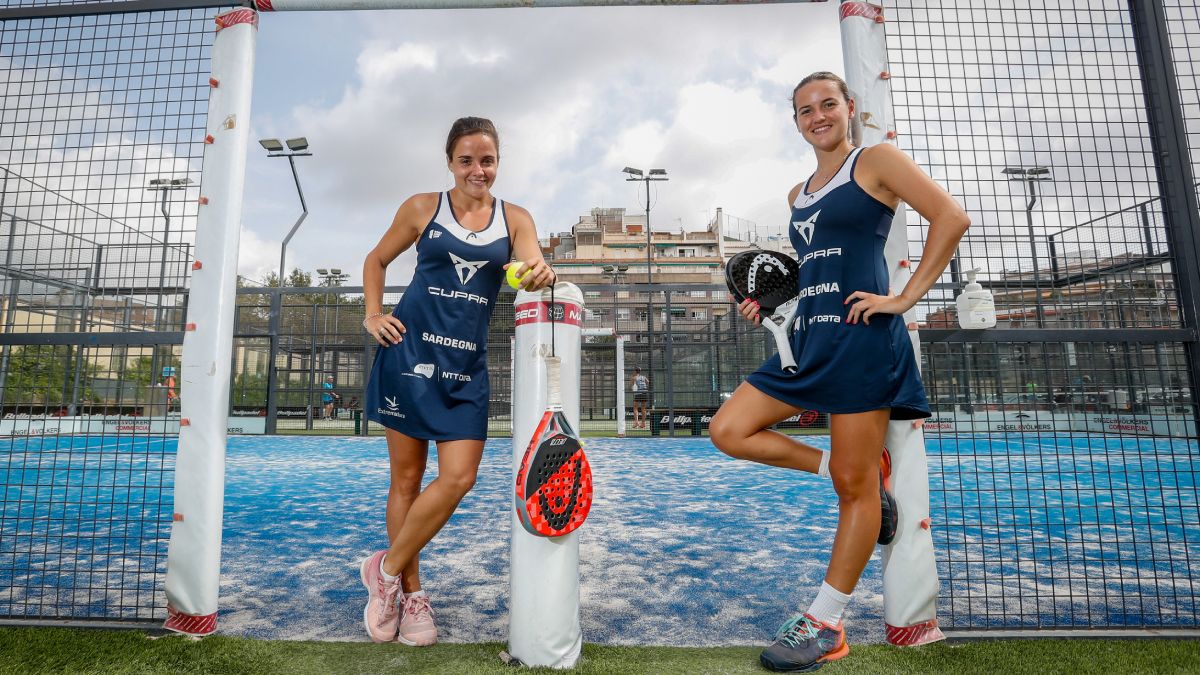 Ariana Sánchez and Paula Josemaría, one of the fittest couples of the moment and currently number one in the Race, they are excited about the arrival of the Estrella Damm Barcelona Master, a tournament that they face with great enthusiasm and where they hope to give their best version.

“I think we are having a great year, the balance is very positive despite the fact that on Sunday we lost the final & rdquor;, says Ari, born in Tarragona 24 years ago.

The Catalan player started the project with Josemaría from Cáceres this season with ambition and the intention of consolidating a long-term couple: “We are two young girls wanting to improve every day and above all to enjoy what we do, knowing that we have Much room for improvement & rdquor ;, he says.

This pair, for which Cupra has bet, is not the only sensation of current padel, where many young players of very high level are appearing. Paula is clear: “The emergence of young couples is a benefit for all. The more competitive couples there are, the more the level of women’s padel will rise & rdquor ;.

The day they announced that they would be a couple in 2021, both Ari and Paula promised dynamite on the circuit: “We have a lot of wick left for this year and I hope for many more. I trust this couple to the full and I tell Paula constantly on the track. I trust us to the end & rdquor ;.

A for all in Barcelona

Without a doubt, it is very special for the Catalan to play in Barcelona: “It is my second home so I really want to do well because many friends and family will come, but I face it without any extra pressure, as if it were a tournament more & rdquor ;.

Paula explains that “it is the third consecutive week that we have a tournament and previously we had an exhibition in Belgium, but everything is getting used to and it has happened like that. We have to think that a few months ago we were all locked up by the coronavirus without being able to play, so there is to think that although fatigue can affect you but we are fortunate to be able to compete every week and that injuries respect us. Being able to be in all tournaments at our highest level, which is the most difficult, is something we have to be thankful for ” .

The Cupra couple arrives at the Barcelona appointment of the World Padel Tour as number one in the Race, but they play down this aspect: “There is always talk of whether you are number one or not, but it is something that comes at the end of the year. Whoever wins the most matches will finish number one. We are going to try, we will try to be there, give our best in each game and hopefully we can win everything & rdquor ;, explains the woman from Cáceres.

They see the bright side of things

In 2020 Ari Sánchez played alongside Alejandra Salazar while Paula Josemaría played alongside Marta Marrero, two of the best players in the history of paddle tennis. Both Ari and Paula were the ‘left behind’ after the movements that the circuit experienced last summer, but for them it all adds up: “My time with Alejandra I valued her a lot and I enjoyed it, I also learned a lot, It gave me a lot, but it was a stage that had to be finished, things happen for a reason. Then, from the first moment I wanted my partner to be Paula, I called her, she said yes from minute one so I was very clear about the project. Right now I don’t regret anything because we are doing very well, “confesses Ari.

The Extremaduran player expresses herself in the same way: “Everything is moments. Playing with other teammates has given us things that are useful to us now. A mix has been made between the two, so we are delighted to be now with Ari and with everything that we have. is happening. I hope we stay together for many years “.

Less than 8% of citizens participated in popular consultation: INE