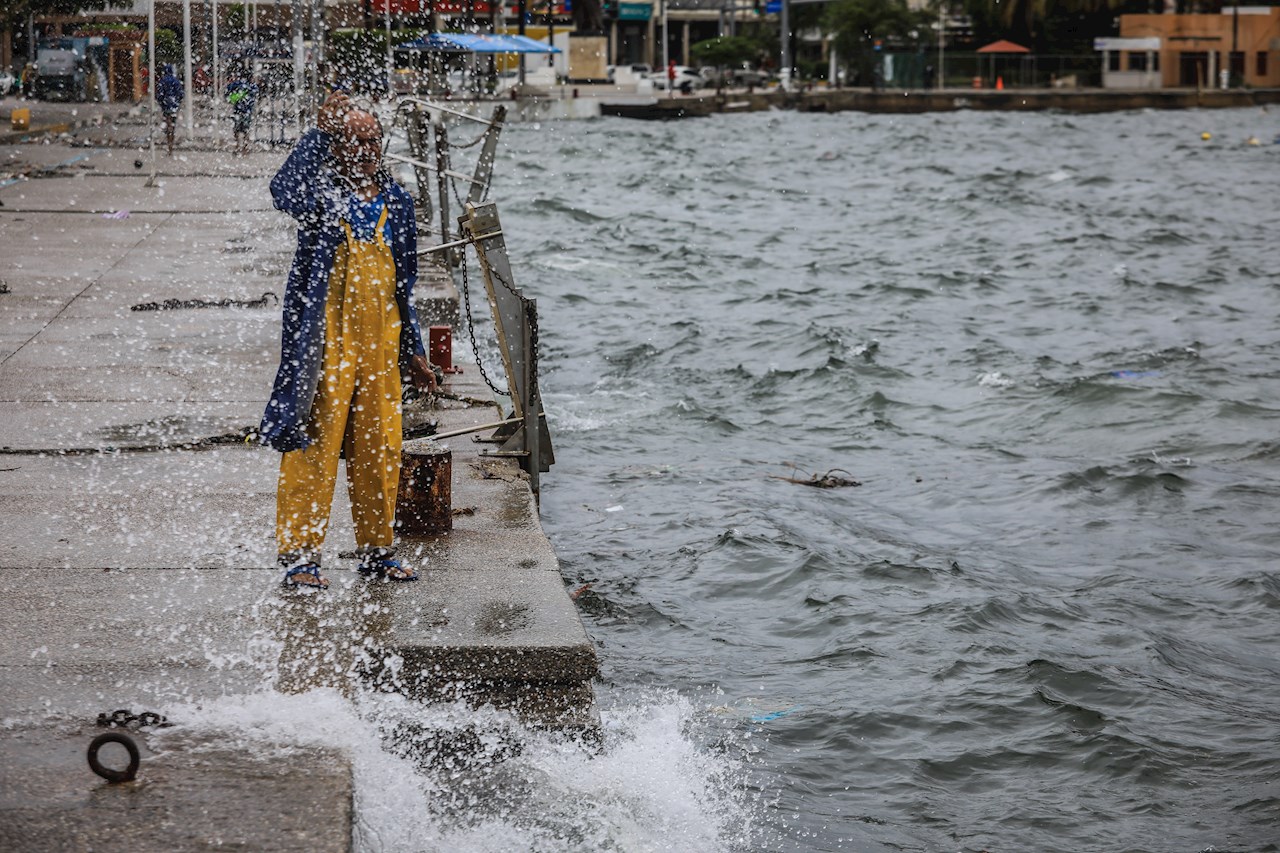 Reuters.- Hurricane Nora continued to move parallel to the west coast of Mexico in waters of the Pacific Ocean on Sunday, said the National Hurricane Center of the United States (CNH), after causing torrential rains and strong winds that left damage in several states including some tourist ports.

The Nora center, a category 1 on the Saffir-Simpson scale, made landfall on Saturday in the vicinity of the Tomatlán municipality, in Jalisco, according to the National Meteorological Service of Mexico, and since then it has continued its movement along the coast.

Rainfall and strong winds caused flooding, damage to road sections, river overflow, power outages and felling of trees in Jalisco, Michoacán, Guerrero and Colima, according to reports from local media and social networks.

In those states, where shelters were enabled and evacuations were carried out in dozens of communities, there are popular resorts such as Puerto Vallarta, Manzanillo and Acapulco.

Read: SpaceX launch postponed due to impact of Hurricane Ida

“This hurricane is leaving a lot of rain, a lot of water,” César Guzmán, director of Civil Protection of Nayarit, a Jalisco neighbor, said in a television interview where Nora passed in the early morning hours.

According to the latest CNH advisory, Nora was located 50 kilometers (km) southeast of Mazatlán, a tourist port of Sinaloa, blowing maximum sustained winds of 120 kilometers per hour (km / h) while moving north-northwest at 19 km / h.

This move is expected to continue into Sunday, followed by a slower pace to the northwest from tonight through Tuesday. Nora is forecast to continue moving parallel to the coast of Mexico in the coming days. Heavy rains will also continue along the west coast as the cyclone heads toward the Gulf of California.

The National Water Commission of Mexico (Conagua) reported in a statement that Nora will favor torrential rains and high waves in places of Nayarit and Sinaloa, and intense in regions of Baja California Sur, Chiapas, Durango, Guerrero, Jalisco, Michoacán, Oaxaca, Puebla and Sonora.

Last week, Hurricane Grace killed eight people after striking as a powerful Category 3 cyclone in Veracruz, in the Gulf of Mexico.