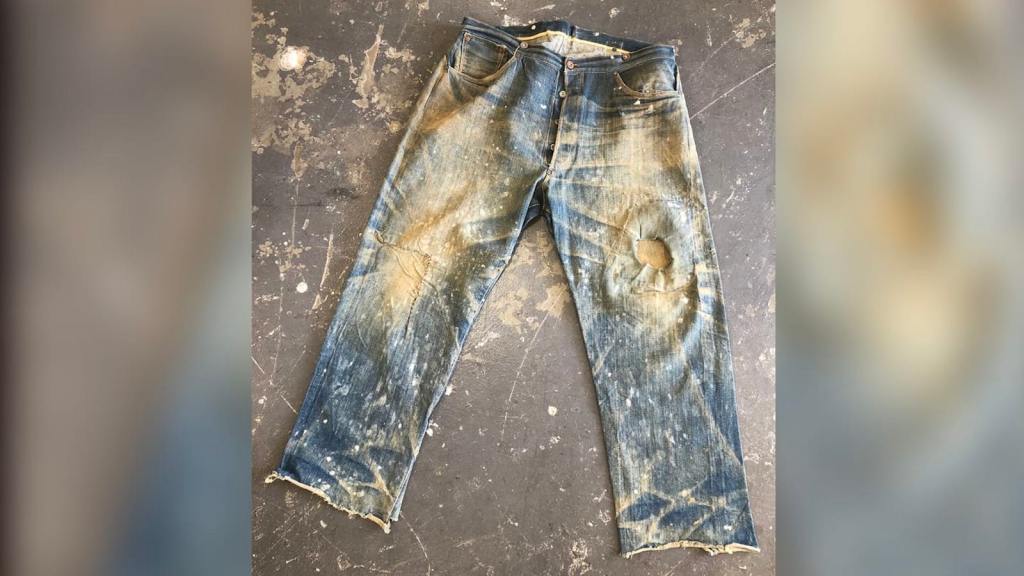 Auctions or sales of collectible items in the world have increased in recent years. This is the case of some Levi’s brand jeans that they found and they are from the 1880s and were sold at an auction in a small town in New Mexico for more than 87 thousand dollars (around 1 million 740 thousand Mexican pesos).

Currently, there is a market for everything, which is why many auctions have emerged, which is a sales procedure where interested parties compete with each other to win the good or service to be auctioned.

Specialists detail that the objective of the auction is to maximize the profits or utilities of the sale, inducing buyers to reveal the valuation they have of the good or service to be auctioned.

Or in the month of May, the Macklowe collection, which was auctioned by the house Sotheby’s in New York, became the most expensive ever sold at auction. In total, it has raised $922.2 million, Sotheby’s said in a statement at the time.

One item that perhaps many people have in their homes are the iconic Levi’s jeans, which recently took everyone by surprise after ones from the 1880s were found and sold at auction in a small New Mexico town.

The jeans were found in an abandoned mine by a “denim archaeologist” and were bought for $87,000 by Kyle Hautner, 23, and Zip Stevenson, a veteran of the vintage jean market.

“We didn’t have any plans to buy the jeans together until the auction started, which is crazy to look back on,” Stevenson told US media.

These jeans are part of a huge collection, as there are only a couple of similar pairs in existence, but they are kept in museums and are too delicate to wear.

“This pair, they’re surprisingly durable, so you can definitely wear them,” Stevenson said.

Also, the buyer detailed that I could easily imagine Johnny Depp or Jason Momoa wearing them.

The auction was held at the Durango Vintage Festivus on the outskirts of the small town of Aztec and was part of a four-day festival organized by vintage jean expert Brit Eaton, who described finding articles like this as “a total addiction”.

In that sense, one of the buyers detailed the importance that this market has been gaining in recent years, where he pointed out that he has been in this business for a quarter of a century and the average vintage jeans are worth around 100 dollars, “so finding such a valuable pair is a once-in-a-lifetime thing,” he explains.

Jeans are so unique that, according to experts in this business, they are an icon of “the American West”, since at least this piece bears witness to a dark episode in the country’s history.

The Levi’s piece, which is one of the best sellers in the world, and according to a study by Levi Strauss & Co, in 2020, had net income of 4,453 million US dollars, has an inside pocket where the phrase “the only kind made by white labor.”

According to The Wall Street Journal, which quoted a Levi’s spokesperson explaining the phrase, it was when the company used this slogan after the introduction of the Chinese Exclusion Act in 1882, which prohibited Chinese workers from entering the North American country. .

As well as this strange piece, others have been sold at auctions and even e-commerce platforms such as eBay, where in September, after the death of Queen Elizabeth II, sales such as that of a tea bag taken from Buckingham Palace have emerged. and they sold at a high figure.

And this is how the markets have changed, and perhaps what for some people may be waste or garbage, for others it is a unique collector’s item that tells a story and that must be shown to the new generations.

From Ralph Lauren to Levi’s they have dressed football teams

Levi’s responds after being accused of stealing Oaxacan embroidery