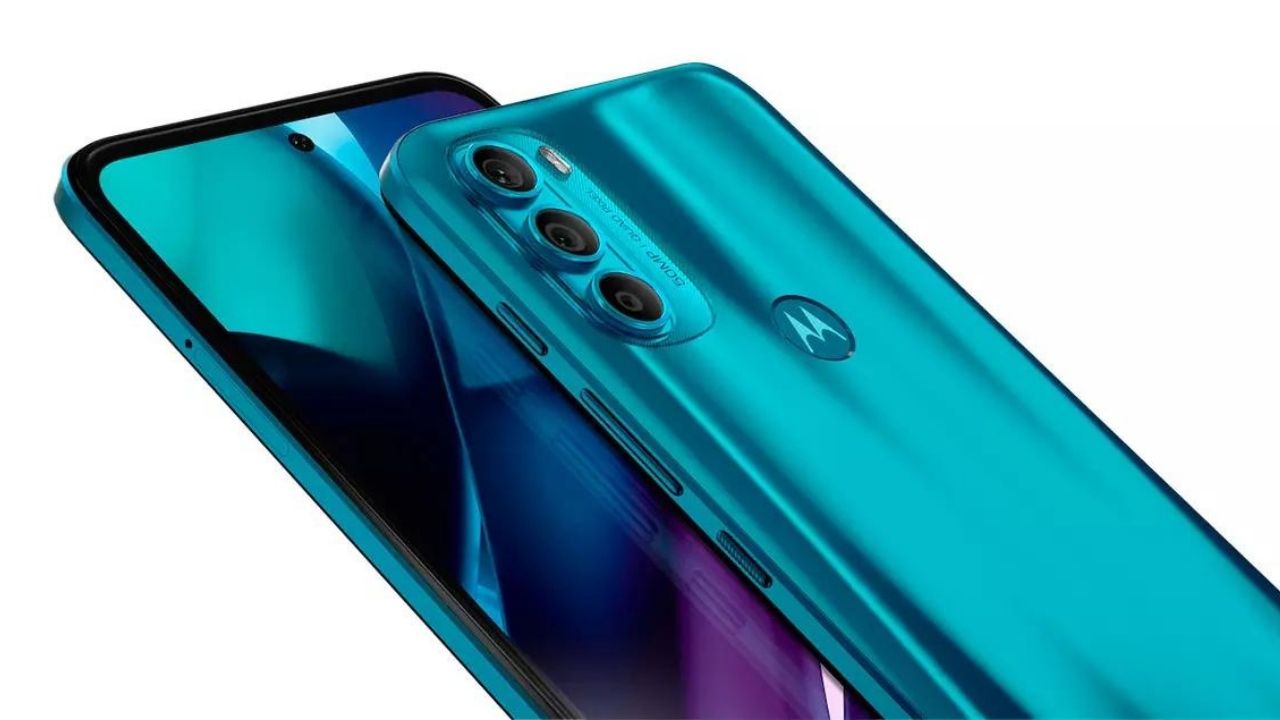 Index hide
1 In Geek Culture we tested the Moto G71 5G, the new Motorola smartphone that offers autonomy to spare and performance according to its price. Meet him here!
1.1 DESIGN
1.2 SCREEN
1.3 PERFORMANCE
1.4 AUTONOMY
1.5 SOFTWARE
1.6 CAMERAS
1.7 CONCLUSION
2 Share it with whoever you want
3 Related Posts

In Geek Culture we tested the Moto G71 5G, the new Motorola smartphone that offers autonomy to spare and performance according to its price. Meet him here!

Motorola added a new member to its award-winning mid-range of smartphones. In this case we are talking about the G Series. This time in Geek Culture we put the Moto G71 5G to the test, a mid-range device that brings us a more than pleasant color design, a performance according to its price and the expected autonomy, standout on any Motorola device.

The design of the Moto G71 5G maintains the same aesthetic line and manufacturing materials as its predecessors. The back and the edges are made of plastic, in this case in bright and bright colors such as chrome. However, it has a curved design and a polished finish that makes it soft to the touch and elegant to the eye… although without covers they won’t go unnoticed.

At the back we find an oval module that houses the three sensors that make up the main camera and the LED Flash. Although we can notice that the lenses protrude a little, they do not do it so much as to cause instability when resting it on a flat surface. A little further to the center we find the M that hides the fingerprint sensor in a position that for many is ideal and for others a complication. since the device cannot be unlocked with a fingerprint if it is resting on a table, for example.

Going to the front, we have a 6.4-inch Max Vision OLED panel with somewhat reduced borders having a body-to-screen ratio of 83 percent, something that could be better if we look at other competing devices. And on the upper edge we find a micro perforation that houses the selfie camera, almost imperceptible.

Finally, on the lower side is the 3.5mm Jack connector. (which in this model clings with claws and teeth before disappearing), the USB Type-C port, the main microphone and the speaker. On the left side there is only the tray for the Nano SIM and microSD… yes, it has a place for a Micro SD card. And on the opposite side we find a button for the Google assistant (configurable for any other App), volume control and on/off.

The design of the Moto G71 5G It is really comfortable and light to grip, weighing only 179 grams. It is easy to handle with one hand despite its size and is not slippery, although Motorola includes a transparent case in the box to protect it from shocks. Pampering is always welcome, like the cover included in a market that takes us out of the box every day.

One detail to keep in mind is that the “Assistant”, “Volume” and “On/Off” buttons can be quite inconvenient to use. The Google assistant button above the volume, moving it a little lower, causing us to inadvertently try to raise the sound by opening the assistant. In any case, it is not something that we cannot assimilate over time.

Moving on to the screen, as we mentioned before we have a 6.4-inch Max Vision Full HD + OLED panel with a resolution of 1080 x 2400 pixels and an aspect ratio of 20: 9. Although we have a fair size to view any type of content, such as series, movies or videos on YouTube, we are a bit disappointed that it only has a 60Hz refresh rate. Perhaps with a 90Hz screen, minimally, it could give you an additional bonus when viewing content or playing, for example, Call of Duty Mobile or Diablo Immortal.

However, the Moto G71 5G gives us a considerable screen size to view our favorite movies or series thanks to its good balance of colors, saturation, and sharpness. Of course, we will also have the possibility of configuring the colors of the screen in “saturated” or “natural” so that they adapt to our visual taste.

On the other hand, the screen is accompanied by remarkable audio, which despite having a single speaker provides crisp and clear sound. It should be noted that it is not convenient to turn up the volume too much, whether we use headphones or not, because the sound could become saturating.

Turning to autonomy, the Moto G71 5G carries a Qualcomm Snapdragon 695 processor, 6GB of RAM and 128GB internal storage. There is no doubt that it presents mid-range configurations, however it gives us optimal performance.

With the Moto G71 5G we can have smooth performance, whether for everyday tasks, such as social networks, word processors, Tik Tok, and other Apps that we use every day. The response times are good, when opening any application the device responds quickly without taking too long, that is if it has not been running when we lock the phone.

However, beyond the use of the applications that we open daily such as WhatsApp or some other casual game such as Candy Crush or some painting, as the staff of Geek Culture likes. We can also run demanding classics such as Call of Duty Mobile, of course we will have a High graphic configuration, and we will not be able to ask for much more.

Keeping the default configuration, that is, High, we will have good performance and good graphic quality that top-of-the-range screens such as OLED provide. However, it should be noted that its image configuration plus 60Hz will make us seem a bit poor, if we come from a device with a refresh rate of 90, 120 or 144Hz that Motorola itself offers for similar prices.

At the heating level, we can see that the phone begins to raise the temperature with demanding apps, this if we use them for more than half an hour. However, in apps with few requirements, we will not notice anything at all.

Going to autonomy The Moto G71 5G has a 5000mAh battery with 33W Turbo Charge (included in the box) and takes about an hour and a half to reach 100 percent charge. However, if there is something that Motorola stands out for, it is the autonomy of its smartphones.

As usual, using the device in the “traditional way”, social networks, instant messaging, casual games and so on, we will have autonomy for 24 hours. If, on the other hand, the use is much more intense and we run, in addition to the apps for daily use, the screen for long hours and demanding games such as Call of Duty Mobile, we will have about 10 to 15 hours.

There is no doubt that despite being a mid-range device, Motorola always stands out for offering great autonomy. Also, if we compare performance against price, we can say that it does not disappoint, but we will see that at the end of this analysis.

Of course we can’t stop talking about the software, Motorola and Google maintain their commitment to providing an almost pure Android, and the Moto G71 5G was not going to be the exception, Pure Android. On that occasion we do not have Android 12 as an engine at the operating system level, but we do have Android 11 upgradable.

In addition to Google software, Motorola embeds a set of tools in its My UX app. It does not interfere with Google’s operating system, but it will allow us to work with music, videos, games and device themes. We will have the possibility of making use of gestures such as: turn to wake up, styles, personalize the screen, screen settings, always on or watch, and games. The latter will allow us to deactivate some notifications when we are running games, in this way we will not have to worry if you send us thousands and thousands of WhatsApp messages.

In the first instance we have to say that the camera app of this device has a good level of response. On the other hand, if we decide to change functions, such as night mode, ultra RES, spot color, panorama and others, it does so without delay. At a general level, and in good light conditions, the shutter is fast, as is the focus, although everything changes when we are facing low-light or night-time scenarios, which is where we are going to see the greatest difference between the ranges of cameras on smartphones.

As for the photographic result, the Moto G71 5G, being in broad daylight or a scene with good lighting, will have very good quality images. We could say that we would like to have a little more contrast level or color saturation, however, the balance between these and the exposure give us good images to be able to keep memories, print or upload to social networks.

At a detailed level, always speaking on the same stage, we can see even the smallest of them in the image, of course without zooming in until the photo breaks. At the zoom level we can say that either day or night the noise begins to appear, almost preventing us from taking the zoom level to where it is worthwhile.

In scenarios with low lighting, the Moto G71 5G begins to have some delays if we want to focus and shutter, nothing that cannot be overcome with a little patience. At a photographic level we can have good results, however at the edges of the image, and if dark areas predominate, we can notice that noise is present.

Finally, if we talk about the macro lens, we can really notice a difference if we choose to use the wide angle or the macro. The level of detail and power of the lenses becomes visible when using this sensor and the smallest details seem to jump out of the image.

Regarding the selfie camera, this lens is a 16 MP wide angle with f/2.2 aperture, and a 1.0 µm pixel size. We can say that we will not have much room to zoom, since the image will begin to break, not only when capturing, but already on the same screen.

As in the main camera, if we have good light conditions we can have great photos, with a good color balance, although with a lack of saturation and contrast. At night it will be difficult to get an image, although not impossible.

As for the video level, as we mentioned, the Moto G71 5G allows us to record videos in 1080p at 30 or 60fps. We will not have more configurations in this section, but we can choose between slow and fast motion. However, we could say that Motorola could give us some more functions in this section, although of course, we are facing a mid-range that will soon have its renewal.

The Moto G71 5G is a smartphone that provides us with an OLED screen that gives us an immersive experience in which we can enjoy our favorite series and movies. We could say that in terms of the refresh rate it falls a bit short, considering that for example the Moto G60s had a frequency of 120Hz, although it was not OLED. This is where you have to prioritize what interests you the most.

However, the Moto G71 5G offers us a device prepared for the next, and soon, 5G connection, in addition to providing us with an acceptable user experience, a camera system that does not stand out among the average but that does with its great autonomy. As for its price, we are talking about a device that has a tempting price, in today’s times, giving us an acceptable price-quality ratio of 62,999 pesos in the Motorola store.