Bullfrag
Home News Mexico and the US must change their thinking for new opportunities: Ken... 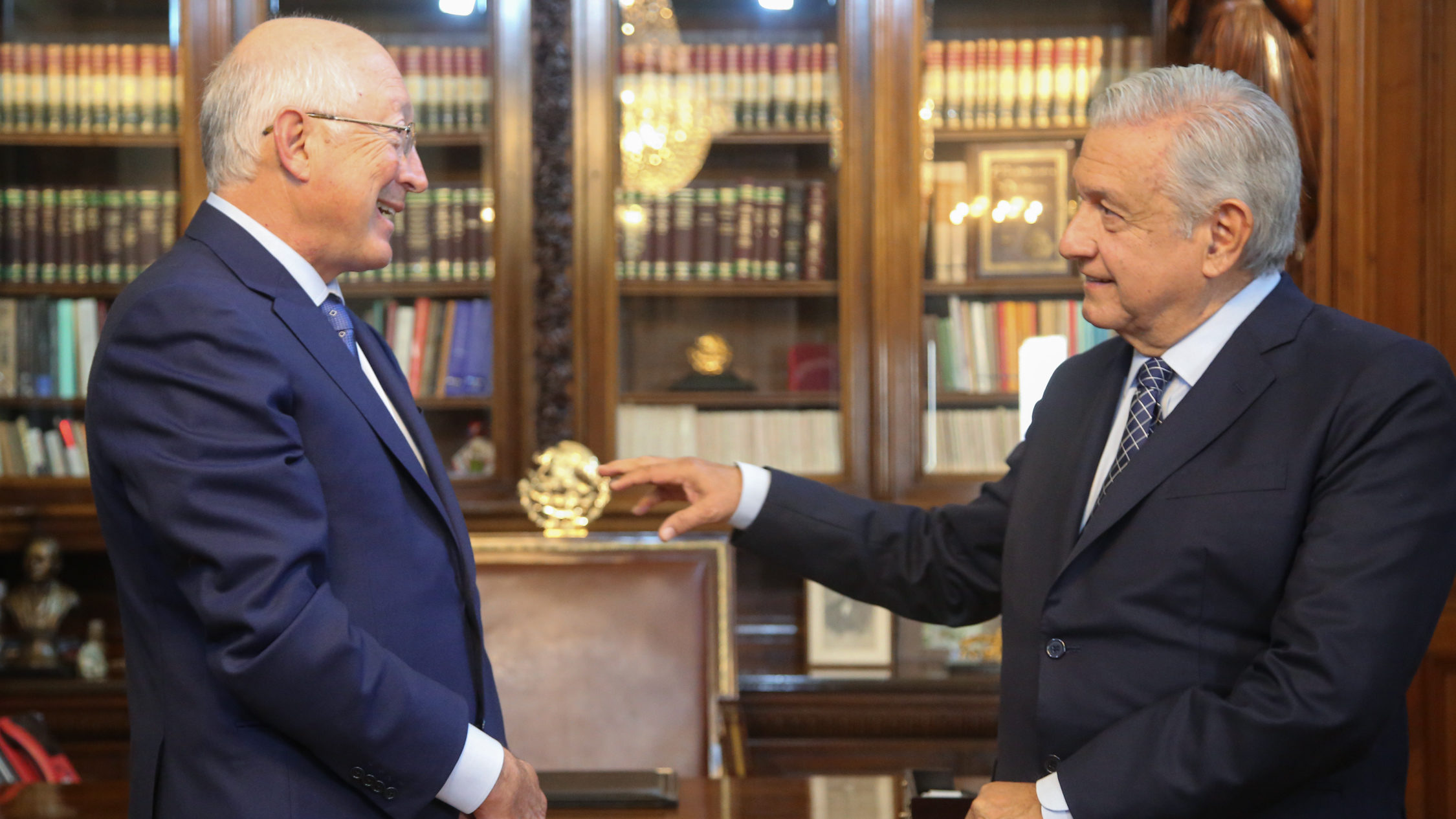 The new US ambassador to Mexico, Ken Salazar, said that the governments of both nations must change their way of thinking to generate synergies and new opportunities.

This message was given by the diplomat after he delivered his credentials to President Andrés Manuel López Obrador yesterday at the National Palace.

Similarly, the US representative emphasized dialogue to address the issue of migratory flows, which currently represent a problem on the southern border of Mexico, so that respect for human rights is guaranteed.

Lee: Who is Ken Salazar, nominated for US ambassador to Mexico?

“So that we approach migration in an orderly, safe and humane way, so that we live the desire for security on both sides of the border; a new era in which the conservation of the environment allows us to see the future with more hope, “said Salazar.

The new ambassador of the neighboring country arrived in Mexico last Saturday; He was the first senator from Colorado of Hispanic origin, has a long history of US politics and is recognized as a person close to President Joe Biden.

Ken Salazar was also Secretary of the Interior in the Barack Obama administration and played an important role in the Colorado River water management negotiations, thereby ensuring the responsible use of scarce water resources on both sides of the border.

How to prevent Trojan viruses to protect my computer?