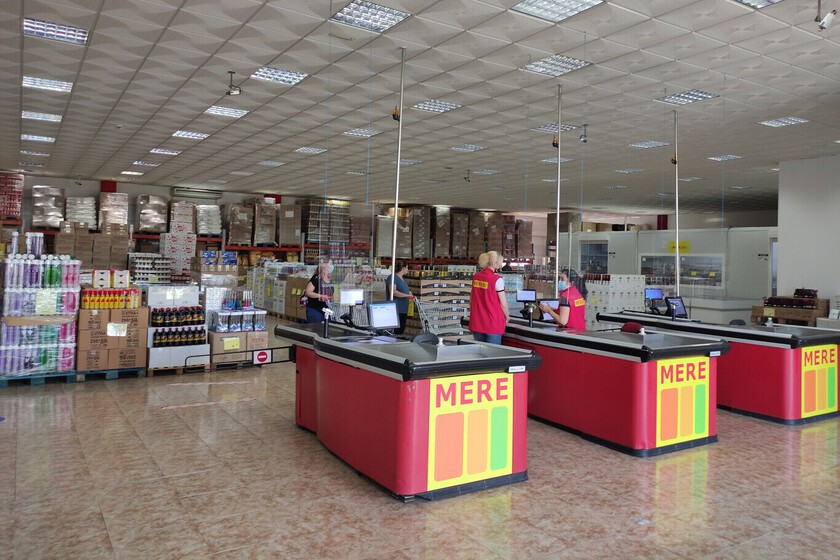 The Russian supermarket chain Mere intended to open 40 stores in 2021, which were going to be the cheapest in Spain. Finally, only eight supermarkets have been opened, distributed in the provinces of Valencia (Gandía, Pobla de Vallbona, Aldaia and Onteniente), León (capital), Madrid (Parla), Murcia (Santiago de la Ribera) and Tortosa (Tarragona). All the supermarkets are liquidating their stock, with a view to lowering the blind indefinitely as of February 15.

According to infoRetail, the company, belonging to the holding company Torgservis plans to put an end to its entry into the Spanish market, when not even a year has passed of its first opening.

From the company they have explained that, after the closure of the stores, they will wait one or two months to know if the closure is definitive. But it is clear that these stores, reminiscent of the first DIA, Lidl or Aldi, with an extremely sober aesthetic and a somewhat random selection of products stacked in large boxes, they no longer like the Spanish public.

The 40 planned openings were delayed and, in the middle of the year, the parent company dispensed with the entire team who had managed the landing of the chain in Spain. According to figures provided by infoRetail, the stores were posting monthly losses close to 15,000 euros, with which the situation was beginning to be financially unsustainable.

A visit to another time

During our visit to Mere de Parla we found a supermarket from another time. Although a cashier assured us that it would arrive in the coming weeks, at the Mere de Parla there was no milk. Neither did bread, not even sliced, and no fresh product was sold.

Read:  Vegetable sandwich with egg, recipe for lunch or dinner, easy and fast

Approximately half of the store was occupied by bazaar and drugstore products: towels, drainers, crockery, giant bags of detergent… And the other half by food, but without any specific order. The only space apart from the supermarket is that of the refrigerated products, which are stored in a huge fridge that you have to enter to help yourself.

A somewhat seedy model that, it seems, no longer has a place in Spain, and perhaps not in the rest of Western Europe either, where The company hasn’t done well either..

In France his landing is still on hold and in United Kingdom the few stores that have opened have half-empty shelves due to the difficulty of finding suppliers who accept their conditions: large and unattractive packaging, a 100% return acceptance of unsold products, or the obligation that the products are exclusively economy class.