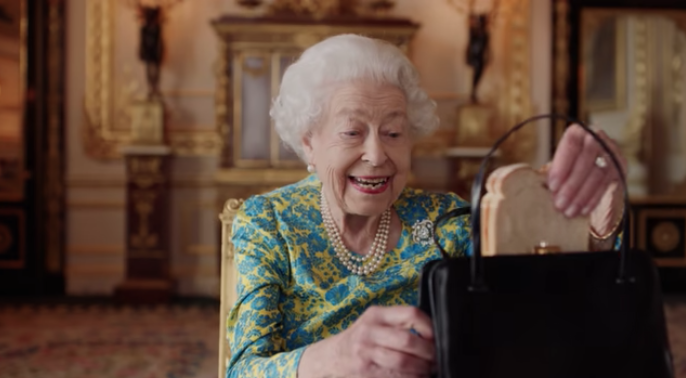 Her clothing, her hair, her handbag and, in general, her emblematic profile, are characteristics that define the presence of the Queen, who died today at the age of 96, after 70 years at the head of the British crown. not without first leaving a wide catalog of all that advertising that was inspired by his imagethis within traditional media and more recently in digital marketing.

Queen Elizabeth II is a figure with great influence in the world, not only because of her power acquired by being the head of the royal family, but also because of all the marketing and publicity that has been generated throughout her reign, within all industries and all sectors, this without counting the little more than 40 million dollars that it was estimated, the Elizabeth II mark was worth, until shortly before his death.

Although the monarch, she would not consider herself a fan of marketingif you have created one of the most powerful personal brands, as done by Diego Maradona, Elon Musk; however, the Queen has inspired artists, from Andy Warhol to Lucian Freud, through all kinds of fashion designers and filmmakers, even being the star during the opening ceremony of the 2012 Olympic Games, under the direction of Danny Boyle, appearing alongside the character James Bond, played by Daniel Craig.

Queen Elizabeth II, as a brand

Read:  Mattel recovers the licenses of Disney princesses and the Frozen franchise

The image of the queen as a piece of publicity

Want to dine like true royalty with our limited-edition Royal Packaging?

Ocean OutdoorI use the image of the queen, together with various quotes, from one of her speeches.

God Save the Queen- The Sex Pistols

Iconic punk song released by the band Sex Pistols in 1977, considered by the public and the most conservative part of England in general as a direct attack on Queen Elizabeth II and a mockery of the British crown.

The image of Queen Elizabeth II in film and television.

how to forget when queen elizabeth appeared in the minions movie #QueenElizabeth pic.twitter.com/Xh1qoHhRqi

After the death of the monarch was made known, the industry and society in general have been somewhat shocked, therefore, remembering some of the place given within marketing and advertising, keeps the memory of the monarch current.

The memory of the Simpsons with Queen Elizabeth pic.twitter.com/wGpTOtq2Lm

What was your favorite performance? 🤨 pic.twitter.com/avArcdgqgl