Magnus Carlsen hints that he will not defend his title again, except against Alireza Firouzja, number 2 in the ranking 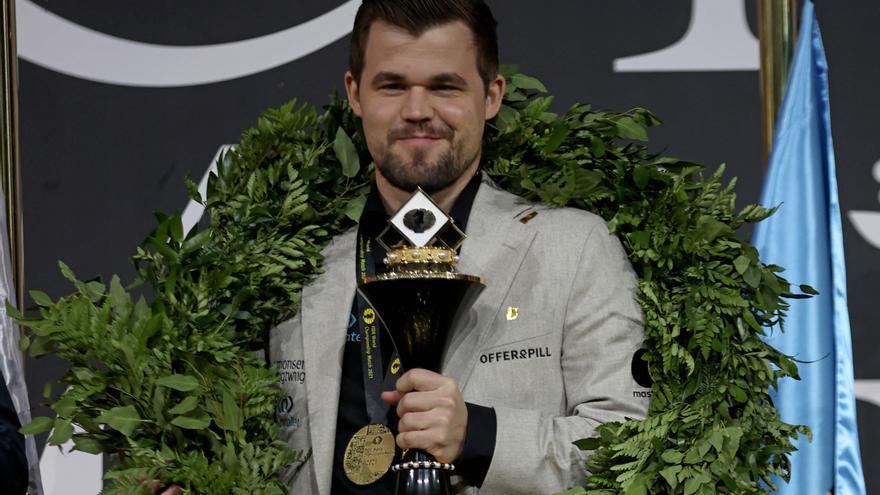 Norwegian Magnus carlsen, who has just won his world title for the fourth time by defeating Russian Ian Nepomniachtchi (7.5 to 3.5), has hinted that this Dubai meeting may have been the last for him, Unless his next challenger is the Iranian Alireza Firouzja, the only rival who motivates him for a new defense of the crown.

Carlsen’s comments have been revealed in the ‘Loperekka podcast’ for his sponsor Unibet and in conversation with his friend Magnus Barstad published by the Norwegian newspaper VG.

“For those who expect me to play in the next World Cup, the chances of being disappointed are very high”, said Carlsen, who won the title in 2013 against Indian Viswanathan Anand, and has successfully defended it four times: against Anand himself in 2014, against Russian Sergey Karjakin in 2016, against American Fabiano Caruana in 2018 and against Nepomniachtchi this month.

At 31, Carlsen reveals that his motivation to play a sixth “match” for the title is reduced to contesting the crown against Firouzja, who at 18 years has climbed to number 2 in the world ranking, only behind Carlsen himself. “It is important to say that I want to continue playing chess because it gives me great satisfaction. Even in the middle of this meeting in Dubai I was looking forward to participating in the World Rapids and Lightning this Christmas. But the World (classical chess) has not been so pleasant “he confessed.

Firouzja has become this year the youngest player in history to overcome the 2,800 Elo points barrier (2,804, compared to the Norwegian’s 2,865), breaking, at 18 years and 5 months, the precocity record held by the Carlsen himself at 18 years and 11 months. “What happened at the Grand Swiss tournament in Riga, where Firouzja won and qualified for the Candidates Tournament, makes the possibility of me facing him for the title realistic. That is something that would motivate me, because it has already motivated me for this World Cup, “said the champion.

Read:  Austin opens the final stretch of the World Cup

Carlsen now points to a new challenge: to overcome the 2,900 Elo point barrier, something that no one has ever been able to achieve (his record is 2,882). “If someone other than Firouzja wins the Candidates Tournament -he said-, It is unlikely that I will play in the next World Cup, but there are still many things I can try. It motivates me a lot to reach 2,900 points “, affirmed the five-time world champion.

The Norwegian says that he had never set it as a goal because he knows it is very difficult. “It is not completely impossible,” he warned, “but I know that I will have to be at the best of my potential every time I play a game. There is no room for error and that is something to motivate yourself. ”