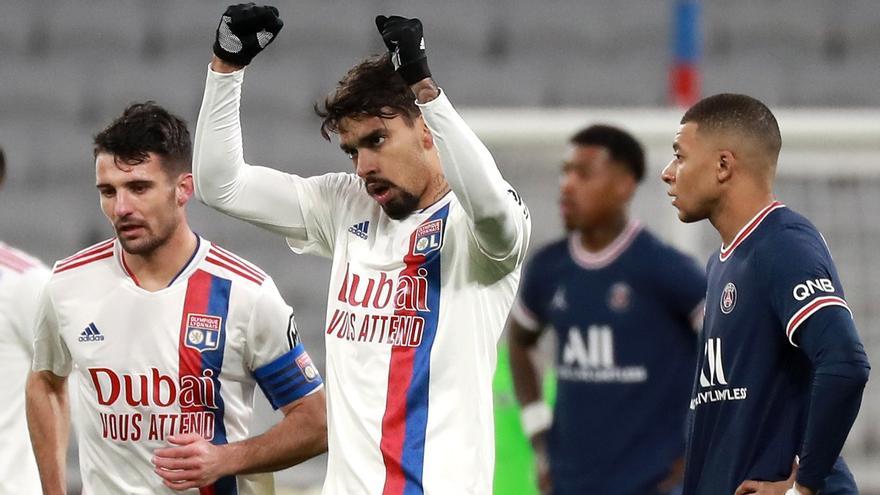 With eleven casualties in his squad, the most important that of Lionel Messi, Paris Saint Germain survived in Lyon (1-1) from where they left with a point thanks to the tie obtained by the German Thilo Kehrer with a quarter of an hour from the end.

Mauricio Pochettino’s team, who will face Real Madrid in the Champions League in February, suffered to avoid defeat against a rival in low hours who has not won since he won in Montpellier last November.

The Ligue 1 leader revealed his defensive shortcomings. It was not enough with Kylian Mbappé that he assumed the position of leader and that he found himself with the stick on two occasions.

Lyon knew how to play their adversary, unbalanced in the game and that led to large spaces. The team of Peter Bosz took advantage of it, who after seven minutes took advantage of a great pass, from the center of the field, from the Brazilian Bruno Guimaraes that his compatriot picked up Lucas Paquetá who exposed the visiting center-backs and fired a cross shot that beat Keylor Navas.

The shock became a monologue by the Paris Saint Germain, overturned on the goal of Anthony Lopes. He was able to draw Mbappe just before intermission but his shot hit the post.

Pochettino did not move the bench until minute 70 with the entrance of the German Thilo Kehrer by Colin Dagba and Xavi Simons in place of Leandro Paredes. Five later found the tie in a share of fortune. A cross from Mendes’ left reached the other side of the area. There was Kehrer who shot, the ball hit a defender and reached the net after beating Lopes.

Mbappe found himself with the stick again. He executed a lateral free kick that crashed into the post. He was able to put the leader ahead. At eight from the end the Argentine coach decided to admit Eric Dina and removed Wijnaldum. But there was no time to complete the comeback.