Lucía Galán recalled her courtship with Diego Maradona and assured: “He had a very good relationship with Doña Tota”

By MartinAugust 1, 2021No Comments4 Mins Read 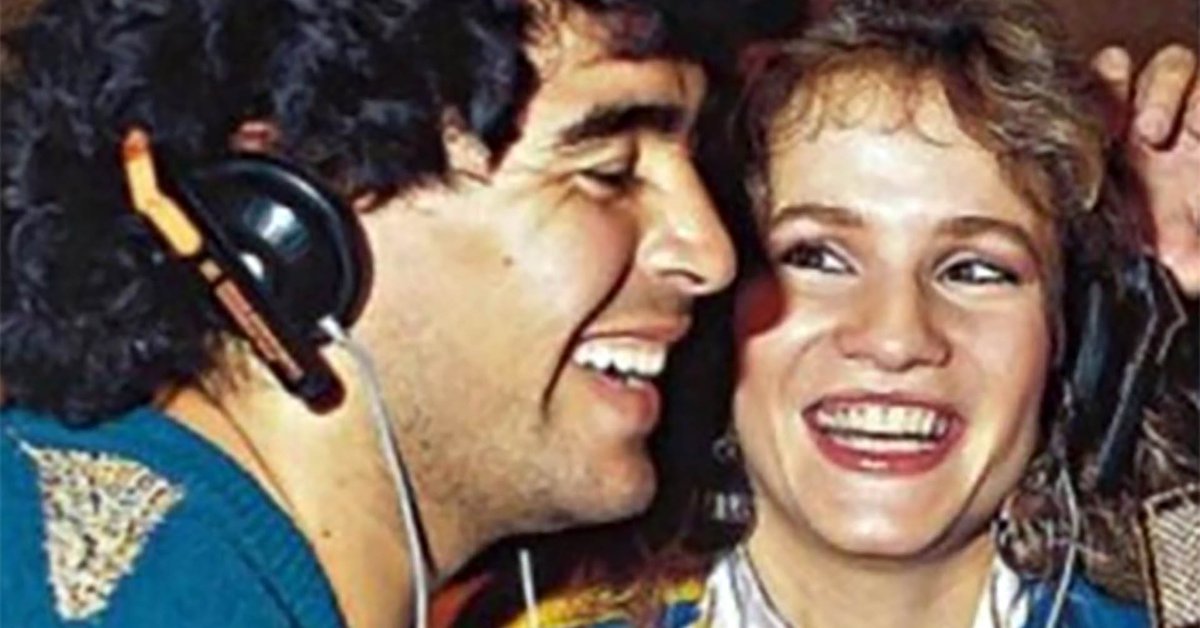 “It was not a hidden relationship, although few knew about it at the time. Lucia Galán was the girlfriend of Diego Maradona Back in 1982, when cell phones with cameras did not exist and the paparazzi did not usually harass the famous. At the time, the soccer star was at an impasse with Claudia Villafañe, with whom he later reconciled and had two of his daughters: Dalma Y Gianinna. But, it was said, he had been very much in love with the Burnet. And the singer never denied it.

In fact, in dialogue with Catherine Dlugi to Hold on Catalina, by La Once Diez, the sister of Joaquin Galán went further and spoke, not only of his relationship with him Ten and his family, but also faced the rumor that she had become pregnant with him. “I understand people who sometimes use television as a catharsis or as something psychoanalytic, but I have my therapist and I open the door of my life to a point where good taste is involved. There are things that I want to be known and others that I do not. So, if it were a lie or if it were true, I would never say it on a program because it is something very delicate, ”Lucía explained.

The singer pointed out that her position had to do not with trying to generate a mystery, but with a question of “dignity”. I mean: this is mine. I’m the one who says ‘up to here’. We are very open and people know a lot about us, “he said while the journalist remembered the book. Pimpinela Brothers in which she and Joaquín related intimacies of their family. But he clarified: “There are themes that I prefer to keep in my inner circle”.

Lucia Galán and Diego Maradona recording a song together

However, Catalina recalled that Lucía had recorded with Diego the song My friend, which was a kind of tribute to the mother of the star. And the singer acknowledged that he had a “very good relationship” with who at that time was his mother-in-law. “My mother (Maria Engracia Cuervo) also had an excellent relationship with Doña Tota. We went very often to the house, there in Cantilo. They started drinking mate “revealed.

Read:  the sense of water' and the great change that Neytiri will experience

And he assured that with Maradona’s family everything had happened in a “very natural” way. “It was nothing prepared or invited. It was very spontaneous. La Tota and Don Diego were two wonderful characters and we talked for a long time, ”Lucía acknowledged. And then he remembered the affection Diego felt for his mother, to whom he told that he scored goals for her. “They had a very symbiotic and very beautiful relationship. She was very fluent, very affectionate, very affectionate, very respectful and very admiring. It remains in the mean part of the person who wants to modify that, because the love they had for each other was deep, serious and genuine, “he said.

Finally, the singer who is in Peru today exercising the role of jury of The voiceHe responded about what would have happened to his artistic side if his history with Maradona had prospered. “The relationship didn’t get to the point of having to ask whether your career or mine. It was a splendid moment for both of us, ”he said, recalling the times when Diego’s teammates put out his brand-name cigarettes and rebuked him for smoking.

Mica Tinelli became melancholic and remembered her childhood by publishing unpublished photos of her family
Bruce Springsteen’s daughter will compete in show jumping representing the United States at the Tokyo Olympics
What happened to the life of Richard Dean Anderson, the protagonist of MacGyver who did not want to become a celebrity