Bullfrag
Home News “If you flee from an aggressor, never ask for help, what you... 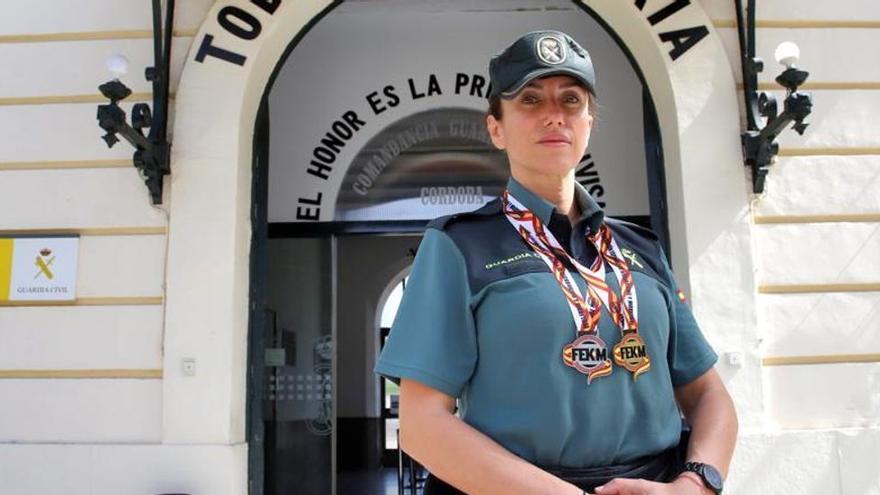 Yohanna Alonso (Gijón, 1983) is “La leona & rdquor ;. Civil Guard in exercise, Muay Thai world champion (boxing Thai), with a background in Psychology, has done television, modeling and is a woman involved in the fight for equality and the eradication of violence against women. His great sporting career does not overshadow his commitment to the victims, to whom he dedicates himself as best he knows: with free self-defense courses that he gives anywhere in Spain and through which more than a thousand students have already passed. It also has the Police Merit medal at the proposal of the group of policewomen.

–How does a world champion of “Muay Thai & rdquor; (Thai boxing) to do self defense courses for women in your spare time?

“I suppose that led to the frustration I felt in my work.” I was a work stage attending victims of gender violence and even though we helped them legally there, I always thought that this support fell short. I was going home saying to myself: “with everything I know about self-defense, how can I not help you more” & rdquor ;. And that’s how I ended up investing my free time in giving free classes and creating an NGO.

– How well received are these courses?

–In the first seminars we brought together 10 or 12 women; now it has become a boom that I am super proud of. In Almería, in the last appointment before the pandemic, we got to gather 220 women in a sports hall. Now we have reduced the capacity to groups of 50 people and outdoors.

– Do women need to know how to defend themselves?

-Unfortunately, and I say this as a person not as a civil guard, justice does not work. If it worked, we wouldn’t still have dead women. So while things do not change, it is good to provide women with physical and mental tools to face a situation of violence.

“What would you say brings a woman to your classes?”

– Some come because they want learn self defense to prevent sensitive situations; others are being victimized and need something to hold onto.

– Why many women do not come as something natural to respond to blows with blows?

–It is a physical question; we think we can’t. In our subconscious it is that we have less strength, less size than a man and less capacity. That is why it is not the same as a course like this that of a man than that of me, who am a woman. I show them with what I do that it is not necessary to be great, nor be a man, to have defense resources. They see that if I can, they can too. That reinforces them a lot. Besides, I do a lot of training tasks for them, I throw them, I bite them, I roll them … it is not the same if a man does that to them.

– What do you have to know to defend yourself?

-Just thinking about it, I already blocked myself.

–In a stressful situation the easy thing is to block yourself. That is why you have to learn to manage that stress. We are not used to being cornered and they beat us up and we don’t know how they react. But that, I insist, works.

– What would you say is the best defense technique?

–I don’t show you one but many. Because you have to bear in mind that I am still very comfortable pulling fists, but it would be the last option for you to defend yourself. Women should know that there are fists, but also elbows, knees, the bites … let’s say I open a toolbox for them and let them choose the one they feel most comfortable with.

–And how do you work your head, your mental strength if you have been a victim?

– Classes start with a talk in which I explain what gender rape is, the domestic violence, cycles of gender violence … and as I speak I see the reactions of women. Many begin to nod, to open their eyes when they recognize themselves in those descriptions … the ones that are identified can be seen on their faces. I flee from advice; I do not give them. What I give is my opinion on the number of exits that the victims have, but the decisions are up to each one.

Read:  Freiburg sneaks among the unbeaten teams in the five major leagues

– Do you know if any student has needed to apply your teachings?

-Yes. I had just started giving these courses in León and had a very involved student, Laura. He was very good at elbow techniques and in class he always told me that he wanted to try more and more times, something that motivated me a lot because it is a technique that I love. It turns out that when going to cross a park where there was a group of young foreigners, several of them attacked her and were able to push her to a car. When she had been thrown into the back seats, most likely to rape or abuse her, she instinctively reached out with her elbows to protect herself. And he did it so well that gave two sharp blows to the jaw of two of his attackers. He knocked them out twice and was able to run from there, until he managed to call for help at a taxi rank.

-I would run and scream for help …

– No, my advice is always that when we flee from someone we never shout for help or help; what you always have to shout is Fire!

–If we are in trouble, the worst thing we can do is ask for help or shout for help because no one will help you. Nobody is afraid of the fire cry, and they will always come out curious to see what happens and even to record with the mobile; But a plea for help only makes people avoid getting into trouble and not intervene. It is very sad, but it is proven.

– How did you take it when you found out about Laura’s experience?

–He told it days later in the next class we had and it was incredible; she was reinforced and continued training with the group and I felt super good. It is a pride that I have carried since then.

–With the NGO that she has created, she has been in India and Nepal giving her testimony as a woman to girls and young people. How has that experience been?

-Is incredible. There they are still in that phase in which what a girl hopes for the future is that at the age of 14 she will be at the service of a man, who may be her husband. So they see me, that I tell them that I am a policeman -because there they do not distinguish between Civil Guard or Police-, that I’m also a sports fighter, I’m a monitor, that I work in television, that I have been an actress … and they do not give credit. Being able to give that testimony there is very nice.

– Do you perceive in your classes that young Spanish women no longer have the suffering mentality of their grandmothers or mothers?

– What I perceive is that there is a worrying involution. In my courses there are many young women and they surprise me every day with things that they tell me and that are repeated very frequently. Like their boyfriends ask them for the location of the mobile to know where they are; who ask them for an account of who they go with; They ask for photos to find out what they are wearing and, in more or less obvious ways, end up forcing them to change their clothes if they don’t like it; who complain if they have ‘liked’ some other boy’s social network … And I see that they have internalized it as normal without realizing that it is a manipulation that they should not tolerate. It doesn’t enter my head. We thought we had advanced, but it was not that much.

– And how do you approach that?

– It can only be done from the base, from education, at home and in schools. Working the breakdown of roles because there are many that are still there, well marked in the subconscious.

–This year your colleagues from the National Police asked you for an award for your altruistic effort.

Yes, it was incredible. That your colleagues support you, recognize you and encourage you to continue is very important to me. Because as much as what you do fills you, sometimes the forces falter. What I do, I do in my spare time, costs me money and effort … so I am tremendously grateful to them.

six recipes for tapas with potatoes for the weekend snack