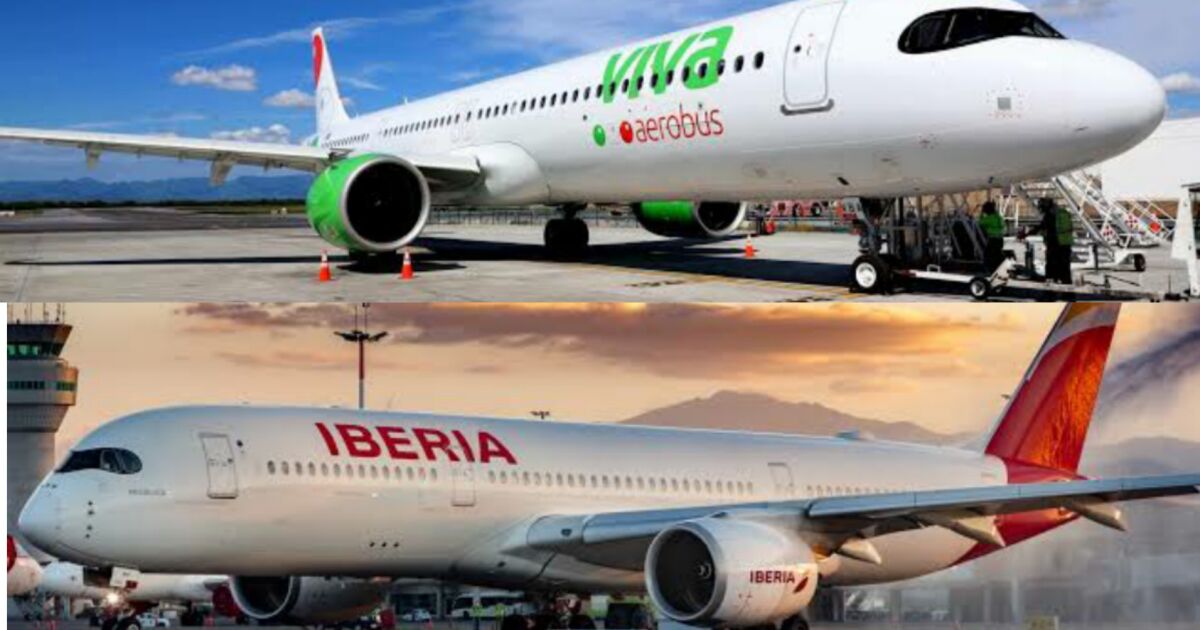 Iberia operates 19 flights a week between Madrid and Mexico Citythe largest number of frequencies offered by the Spanish airline to any city in the entire American continent.

“In Iberia we have always opted for Mexico as one of our strategic markets, both from the point of view of tourism and business traffic”, commented María Jesús López Solás, Commercial Director, Network Development and Alliances of Iberia. that demand has been intensifying, we have accompanied this reactivation with an increase in capacity very close to the pre-pandemic supply,” he added.

Customers will be able to pay in a single reservation, under the same baggage policy and with uniform fare conditions, for a ‘door-to-door’ itinerary for flights operated from August 30.

Iberia operates the route between Madrid and Mexico with the Airbus A-350/900with Capacity for 348 passengers. For its part, long live aerobus operates a ‘young’ fleet with an average age of just five years, made up of 62 Airbus aircraft: 40 A320 model units and 22 A321. The latter has the capacity to transport 240 passengers.

Viva Aerobus said in the statement that this alliance will allow it to connect its network of domestic flights from Mexico City to the transatlantic route between Mexico and Europe.